President Claire Underwood will officially kick off her first term this fall.

Netflix announced on Tuesday that House of Cards‘ sixth and final season will drop Friday, Nov. 2.

As previously reported, the political drama’s last season will span eight episodes and center on Robin Wright’s Claire as she takes over the role of POTUS. Kevin Spacey, of course, will not appear in Season 6, after multiple allegations of sexual misconduct — several of which were leveled by past and present crew members on House of Cards — led to the actor’s firing last November.

Though it’s not yet clear how Spacey’s onetime protagonist, Frank Underwood, will be written out of the series, a July 4 teaser for House of Cards‘ final episodes slyly referenced his exit, as Claire said with a smirk, “Happy Independence Day… to me.”

Check out the official poster for House of Cards‘ final season below, then hit the comments and tell us: Will you be watching the Netflix drama’s conclusion? 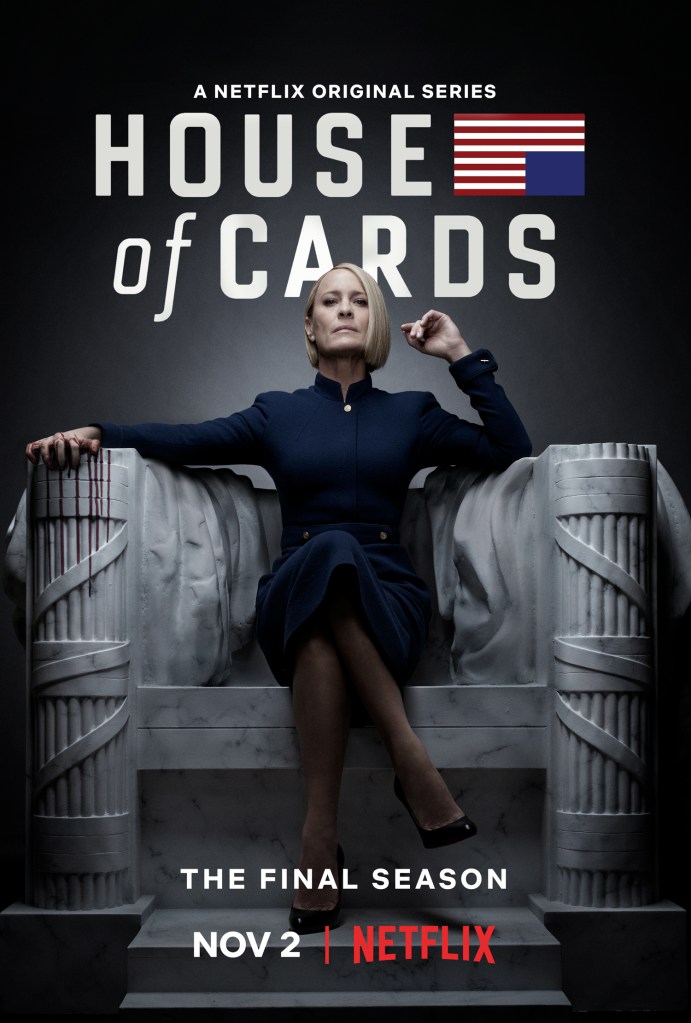