THE PERFORMANCE | Fans may remain torn over Klaus’ fate in Wednesday’s series finale of The Originals, but there’s one thing we can all accept as gospel: Morgan acted the hell out of that episode, resulting in an appropriately unforgettable farewell to a fascinatingly complicated character.

Sure, we’ve seen Morgan’s thousand-year-old persona hit a few low notes during the past five seasons (and beyond), but the prospect of his imminent, unstoppable demise broke him in new, unexpected ways. His sworn oath, to remain by his family’s side “always and forever,” suddenly had an expiration date, leaving him with a matter of hours to make up for the centuries of mistakes and trauma he inflicted on those closest to him.

It was a relentless hour for Klaus as he powered through various farewells, each more painful than the last, from his final flirtation with Caroline to his (spoiler alert!) double suicide with Elijah in the heart of the city. One particularly devastating moment involved Klaus telling Hope how much he loves her, a powerful speech Morgan delivered simultaneously as a father leaving his daughter and as a man to whom words like “love” haven’t always come easily. And when Hope asked how they’re supposed to say goodbye, the uncertainty behind Klaus’ exasperated response (“I wish I knew”) was chilling.

Time will tell whether Klaus (in ghostly form, perhaps?) makes a cameo on Legacies, the next chapter in the Vampire Diaries-verse. But if this does turn out to be the last we’ve seen of Morgan’s iconic character, at least we got one last incredible performance to remember him by. 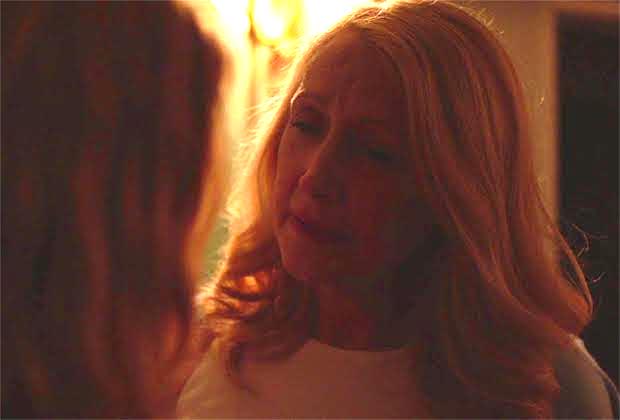 HONORABLE MENTION | Patricia Clarkson‘s presence in HBO’s Sharp Objects has thus far been fleeting, with Adora only popping up a few times each week to berate Camille and keep a watchful eye over younger daughter Amma. In Sunday’s episode, though, Adora lingered on screen longer than usual — and Clarkson’s performance lingered with us. After spying Camille kissing Det. Willis, Adora delivered a haunting speech to her older child about their regretfully strained relationship, and Clarkson packed both vulnerability and bitterness into her character’s monologue. As Adora inched closer to Camille and left her daughter with three vicious words — “You smell ripe” — Clarkson transformed the overbearing woman into someone downright terrifying. 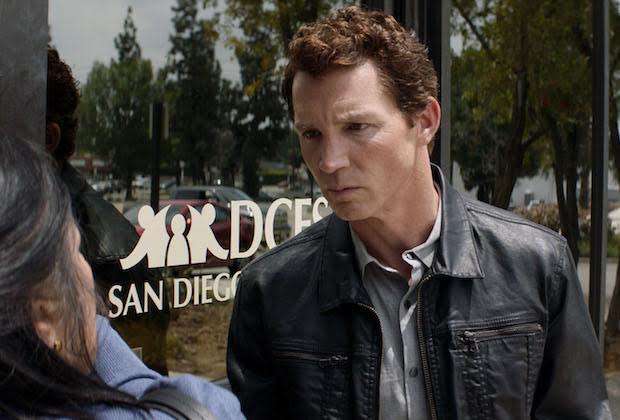 HONORABLE MENTION | We’ve marveled before at how totally Shawn Hatosy makes us believe one minute that Animal Kingdom‘s Pope is a terrifying killer and the next, a shattered man-child. But as Lena’s father figure stalked DCFS in “Off the Tit,” his portrayer played both sides of that dichotomy at once. Though Hatosy showed how hard his character was trying to keep it together, he let an unsettling desperation sneak time and again into his gaze, his tone, his body language. He was like a kid who just couldn’t stay on his best behavior. So we didn’t blame the social workers for being frightened. Yet, as Pope recounted the foster-care experience that had broken him, Hatosy’s performance was so heartrending, we had to wonder how they weren’t moved. 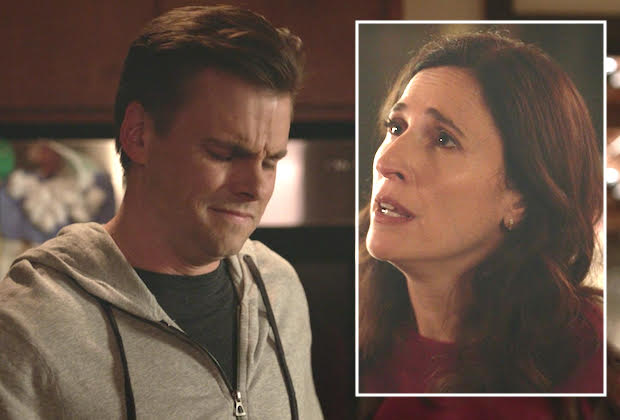 HONORABLE MENTION | No relationship has mattered more to Casual’s Alex and Valerie than the one they’ve shared as brother and sister. Tommy Dewey saved his most gut-wrenching performance for last, as Alex’s anxiety manifested itself in a full-blown panic attack. Tears filled his eyes as he admitted to his sister that the very thought of leaving her had him second-guessing his move to Texas. Likewise, Michaela Watkins was sensational as she attempted to put Alex’s mind at ease, welling up as she promised that nothing would change between them, all the while feeling just as scared as he was. It was clear in this moment that their relationship wasn’t so much toxic, but their codependency was very much a detriment to their growth as human beings. The same can’t be said for Dewey and Watkins, who brought out the absolute best in each other — not just in the series finale, but in all four seasons of Hulu’s unsung family dramedy.