NBC has unveiled its fall 2018 schedule, along with previews for its upcoming series, including the Ryan Eggold medical drama New Amsterdam and the Mike Schur laffer Abby’s, a multi-camera sitcom shot outdoors in front of a live audience.

Here at TVLine, we immediately jumped at the chance to screen each trailer — some of which are available here; others were only shown to members of the press at the NBC Upfront on Monday — and we’re ready to divulge our totally unfiltered, brutally honest snap judgments. (FWIW: A trailer for midseason entry The InBetween has not yet been made available to anyone — not even us.) 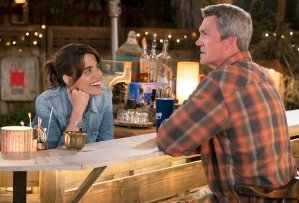 ABBY’S (Midseason)
MITOVICH | Loving the concept (improbable as it is), the cast, the taping outdoors…. Everything.
SWIFT | In a TV landscape where everything starts to feel the same, it’s refreshing to see a comedy like Abby’s trying something new (i.e. filming everything outside with an audience). I only have two questions: 1) Do we ever leave the bar? and 2) What happens when it rains?
GELMAN | Am I the only one who expected more laughs from a Mike Schur comedy?
SCHWARTZ | Sitcom pilots are hard. I’m more than willing to give a Mike Schur comedy starting Natalie Morales and Neil Flynn a chance to find itself. 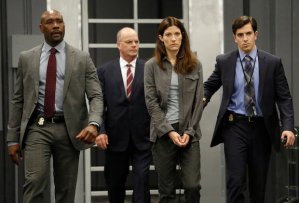 THE ENEMY WITHIN (Midseason)
SWIFT | “Do you love Homeland, but wish it was less good? Have we got a show for you!”
SCHWARTZ | So it’s literally just The Blacklist: Espionage? Pass. 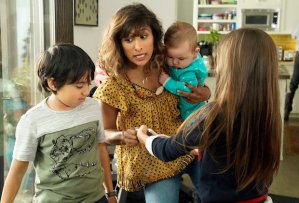 I FEEL BAD (Thursday at 9:30/8:30c; WATCH TRAILER)
AUSIELLO | I feel like I might give this an episode or two, if for no other reason than Paul Adelstein.
ROOTS | A woman who does what the title says all the time, carries guilt about work/life balance and fears she’s turning into her mom? I live this. I don’t wanna watch this.
SWIFT | I kept waiting for the 180 moment when this smart, successful, attractive woman realizes the men around her are idiots and their opinions don’t matter — I might actually watch that show. Sarayu Blue was fantastic in Blockers and deserves so much better.
NEMETZ | So she’s a “Bad Mom,” and… that’s the whole show? The tone is too frantic, and the sexed-up jokes are just gross. They cancelled Great News for this?
SCHWARTZ | Not even “from executive producer Amy Poehler” will get me to tune in for this one. 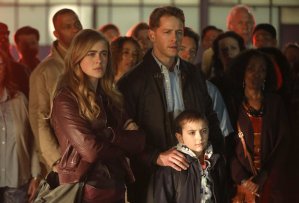 MANIFEST (Monday at 10/9c; WATCH TRAILER)
AUSIELLO | I was on board until the cheesy, tired, timeworn “this was just the beginning” tag, which my brain hears as “get ready for a potentially long, and unwieldy conspiracy arc!”
MITOVICH | I am so ready for takeoff.
SWIFT |This feels like a combination of Resurrection (ABC, 2014-15) and Believe (NBC, 2014), neither of which had legs. Adding a line like “This is just the beginning…” doesn’t change that.
NEMETZ | Hmmm… this one could work if it focuses on the real human emotions of the survivors, and stays away from the convoluted sci-fi mystery stuff. But there’s no way that’ll happen, right?
GELMAN | Given how often these type of mystery/conspiracy shows fail to satisfy as they meander and peter out, I wish this was a limited series.
IANNUCCI | I’ll try this out for a few episodes, but I’m bracing myself for a messy web of conspiracy subplots that end up derailing the whole show. 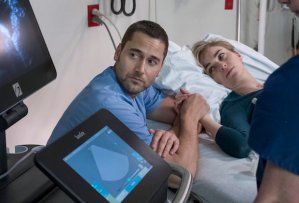 NEW AMSTERDAM (Tuesday at 10/9c; WATCH TRAILER)
AUSIELLO | I just don’t think I can take on another medical drama, especially one that feels this emotionally manipulative.
MITOVICH | Finally, a medical drama where the new arrival shakes things up and lobbies for a focus on patient care over profit!
ROOTS | I was out — another hospital drama? Then the cancer twist happened, and then I was waaaaay out.
SWIFT | This guy is clearly a Good Doctor — I just don’t see this show becoming a Resident of my DVR. It all feels a little too familiar.
SCHWARTZ | Why would I watch a generic NBC medical drama when all 15 seasons of the gold-standard, ER, are available on Hulu?
IANNUCCI | Predictable and depressing. Oof. Any chance The Blacklist can bring Tom Keen back from the dead? 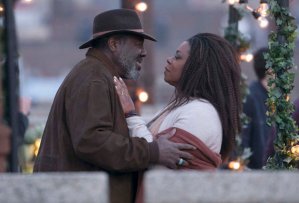 THE VILLAGE (Midseason)
ROOTS | Guys, the dog has three legs and an altruistic soul. SHUT UP AND TAKE MY VIEWERSHIP.
SWIFT | At first, I was like, “Oh, this is a show about… literally everything?” But by the end of the trailer, I was suddenly emotional in a way I haven’t been since I watched the first This Is Us upfront trailer.
GELMAN | Hard to tell from just the trailer if the show will be able to recreate the magic of This Is Us, but it sure is trying.
SCHWARTZ | I’ve reached my limit with shows built to give me “all the feels.” And this feels like it was made in a lab to piggyback off the success of This Is Us.

Get additional fall 2018 trailer reactions for CBS, Fox, ABC and The CW.