The CW on Thursday unveiled its fall 2018 schedule, along with previews for its upcoming series, including the Charmed reboot, and the Taye Diggs-led football drama All American.

Here at TVLine, we immediately jumped at the chance to screen each trailer — which you can also do by clicking here — and we’re ready to divulge our totally unfiltered, brutally honest snap judgments. (FWIW: Trailers for midseason entries In the Dark and Roswell, New Mexico were screened at the Upfront but have not been made public; the Legacies trailer has not yet been made available to anyone — not even us.) 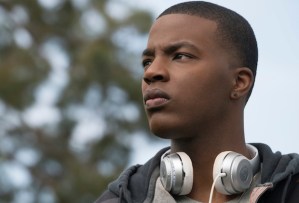 ALL AMERICAN (Wednesday at 9/8c; WATCH TRAILER)
AUSIELLO | So basically 90210 has sex with Friday Night Lights and Pitch at the same time and this is the result and Sign. Me. Up.
MITOVICH | If only because of the Taye Diggs-ness of it all, I give this a better chance of success than this past season’s one-and-done freshmen.
ROOTS | As long as it keeps the actual football scenes to a minimum, I’m in. (Bonus points if someone says, “Crenshaw? Ew.”)
SWIFT | It’s The O.C. meets Friday Night Lights meets… my DVR? Oh, yes.
NEMETZ | It’s like Friday Night Lights and The O.C. had a baby! Seriously, though, this one has potential.
GELMAN | Could be a compelling human story if it doesn’t fall into too many clichéd tropes.
SCHWARTZ | This looks like it has the potential to be the network’s best drama about actual human beings in years. Here’s hoping the series is half as good as this trailer. 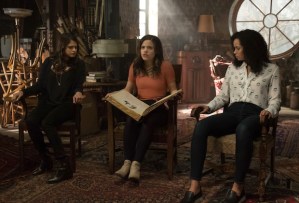 CHARMED (Sunday at 9/8c; WATCH TRAILER)
AUSIELLO | I’m excited to see which one of the the sisters alienates herself from the others before getting killed by Shax and replaced by Nina Dobrev.
MITOVICH | Never saw the original, not here to compare. Instead, I’m going to say that I miss The Secret Circle.
ROOTS | Casting seems pretty perfect. Did the new Whitelighter have to be so reminiscent of Buffy‘s Giles, though?
SWIFT | The house! The book! The attic! I haz chills. And just like magic, this die-hard (original) Charmed fan’s skepticism has been vanquished.
NEMETZ | Meh. Surprisingly bland for a show about witches, and I’m missing the cheeky humor of the original.
GELMAN | Not sure this trailer sold me on its charms. Here’s hoping the pilot will.
SCHWARTZ | I’ve never seen a second of the original, but the fact that it hails from Jennie Snyder Urman, who perfected magical realism on Jane the Virgin, has me vaguely interested in what she does with a full-on supernatural drama.