CBS on Wednesday unveiled its fall 2018 schedule, along with previews for its upcoming series, including a reboot of Magnum P.I. and the Damon Wayans Jr. sitcom Happy Together.

Here at TVLine, we immediately jumped at the chance to screen each trailer — which you can also do by clicking here — and we’re ready to divulge our totally unfiltered, brutally honest snap judgments. (FYI: Trailers for midseason entries The Code, Fam and The Red Line have not yet been made available to anyone — not even us. What’s more, The Neighborhood trailer is comprised of footage from the original pilot shot without new lead Max Greenfield.) 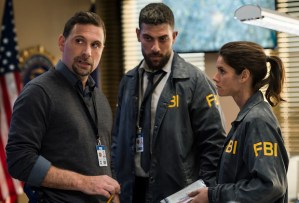 F.B.I. (Tuesday at 9/8c; WATCH TRAILER)
ROOTS | I say this as someone who will stop and watch a SVU marathon every time one is on: This feels like Dick Wolf printed out a bunch of old Law & Order and Chicago scripts, threw them up in the air, grabbed pages at will and bound them into a “new” show. Pass. (Also: I fully expect this to run at least 11 seasons.)
SWIFT | [Inner monologue] Say something nice… Say something nice… That was a pretty cool cover of “Wonderwall” they used in that trailer.
NEMETZ | What took CBS so long to collaborate with Dick “The King of TV Procedurals” Wolf? Not for me, but a match made in syndication heaven.
GELMAN | Exactly what you expect from a CBS/Dick Wolf pairing. That said, Missy Peregrym is much more compelling than your typical law enforcement procedural lead. 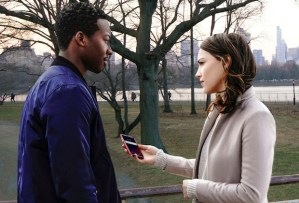 GOD FRIENDED ME (Sunday at 8/7c; WATCH TRAILER)
MITOVICH | I think there’s a fascinating premise here, but that trailer had trouble selling it.
ROOTS | First thought: This falls right in my sweet spot: ridiculous premise, great cast, seemingly smart writing. Second thought: Are they serious with that “I am a doctor” twist? Third thought: Brandon Micheal Hall is insanely watchable, so I’m probably in anyway.
SWIFT | Was that trailer made up of footage from the pilot, or from the ENTIRE FIRST SEASON? Also, I can’t wait for Joe Morton to chew every last piece of scenery in that church.
NEMETZ | God help me, I laughed when I wasn’t supposed to. Plays like a less fun Kevin (Probably) Saves the World, and The Mayor made better use of Brandon Micheal Hall’s charms. In other words, it compares unfavorably to two shows… that were just cancelled.
GELMAN | I saw this show when it was called Joan of Arcadia. And Eli Stone. And Kevin (Probably) Saves the World. And I’ll watch it again. 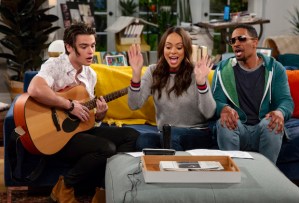 HAPPY TOGETHER (Monday at 8:30/7:30c; WATCH TRAILER)
MITOVICH | Cute. But will rely heavily on the charm of Damon Wayans Jr. and Amber Stevens West. Heavily.
ROOTS | This is the most generic title for a sitcom I have ever heard.
SWIFT | I love everyone in this cast, so I’ll at least check it out. (My one nitpick: Why would the characters be watching The Late Late Show on a Saturday night? A CBS show should know when other CBS shows air.)
GELMAN | Damon Wayans Jr and Amber Stevens West make a winning pair, but the show’s premise seems very thin.
SCHWARTZ | This premise has no legs. What, is the pop star gonna live with them for 5-8 seasons if the show’s a hit? 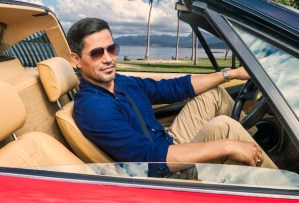 MAGNUM P.I. (Monday at 9/8c; WATCH TRAILER)
AUSIELLO | Looks and feels like a typical CBS drama reboot (not that there’s anything wrong with that).
MITOVICH | Seems way too turbo-charged.
ROOTS | Seems like Lethal Weapon with less heart but prettier scenery.
SWIFT | I could have watched this trailer with my eyes and ears covered and I’d still know it was made for CBS. Also, where dat mustache at?
NEMETZ | Another high-octane action reboot for CBS — this is gonna run for 10 seasons, isn’t it? (And seeing Zachary Knighton just made me miss Happy Endings.)
SCHWARTZ | Not my cup of tea, but this’ll do very well with the MacGyver/Hawaii Five-0 audience. 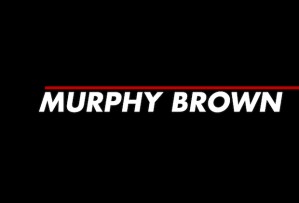 MURPHY BROWN (Thursday at 9:30/8:30c; WATCH TRAILER)
AUSIELLO | Would’ve been nice to at least see SOME footage from the revival. And why didn’t Jake McDorman shoot a confessional? In conclusion, Faith Ford looks amazing.
ROOTS | This video made me incredibly happy, and there’s not even any new footage in it. But man, I miss Eldin.
SCHWARTZ | Aren’t there enough shows taking on Donald Trump and fake news? Did we really have to revive a show that, despite its legacy, hasn’t had much of an afterlife in syndication?
GELMAN | Having never seen the original, the montage made me wish the show was streaming somewhere 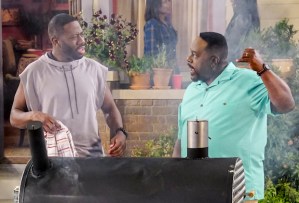 THE NEIGHBORHOOD (Monday at 8/7c; WATCH TRAILER)
AUSIELLO | My mind toggled between “poor Josh Lawson” and “yay Max Greenfield.”
MITOVICH | That was a lotta awkward.
SWIFT | This show is going to win a Guinness World Record for the longest stretching of a single joke.
GELMAN | I’m curious to see how the talented Max Greenfield changes the dynamic, but thus far, I’m underwhelmed.
SCHWARTZ | The culture clash premise is timely, yet the jokes are rather tired. I’ll reserve any further judgement until I see the revised pilot with new lead Max Greenfield.

Get additional fall 2018 trailer reactions for NBC, Fox, ABC and The CW.