ABC on Tuesday unveiled its 2018 schedule, along with previews for its upcoming series, including the ensemble drama A Million Little Things, the Scott Foley-Lauren Cohan FBI midseason dramedy Whiskey Cavalier, the 1970s comedy The Kids Are Alright and Nathan Fillion’s Castle follow-up The Rookie.

Here at TVLine, we immediately jumped at the chance to screen each trailer — all of which are available here — and we’re ready to divulge our totally unfiltered, brutally honest snap judgments. (FYI: A trailer for The Goldbergs spinoff, Schooled, has not yet been made available to anyone — not even us.) 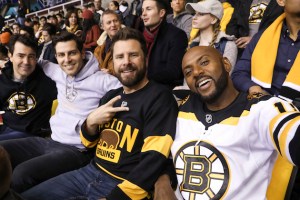 A MILLION LITTLE THINGS (Wednesday at 10/9c; WATCH TRAILER)
AUSIELLO | I’m guessing the show will have some lighter moments amid the melodrama. I just wish the trailer had showcased a few of them. (I’m totally on board, regardless.)
MITOVICH | The “Life Is…” callouts/typography isn’t terribly subtle, inviting This Is Us comparisons as it does. But I’m intrigued.
NEMETZ | A top-notch cast, and I’m digging the Big Chill vibes. Glad it doesn’t try to throw a sci-fi or supernatural hook at us. I’m in.
ROOTS | I can’t tell if I’m happy or sad that none of the main cast is doing a Boston accent. Either way, it looks wicked pissah: Sign me up.
SWIFT | Maybe it’s because of the cast, but I always assumed this show was a comedy. I couldn’t have been more wrong — and now I’m sad.
SCHWARTZ | Not sure I have any desire to watch a show where 50 percent of the friend group is suicidal.
IANNUCCI | I’m a sucker for any show about regular humans just trying to be better people. I’m in, and crossing my fingers that it doesn’t try to be This Is Us. 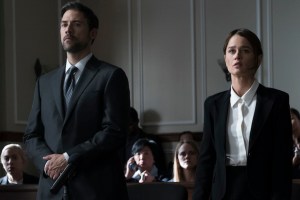 THE FIX (Midseason; WATCH TRAILER)
MITOVICH | Finally, the sequel to People vs. O.J. Simpson.
NEMETZ | Gotta say, “What if O.J. Simpson kept murdering people?” is a pretty intriguing premise for a TV drama. Not sure if I’ll be watching ironically, but I will be watching.
SWIFT | Eh, I’ll just Google “Who killed Jessica?” after the season finale airs.
SCHWARTZ |  I’d be more inclined to tune in if this was a limited series. But as a potential long-running drama? Not so much.
IANNUCCI | The trailer is fairly compelling, but I’m not sure this story is interesting enough to fill more than a few episodes. 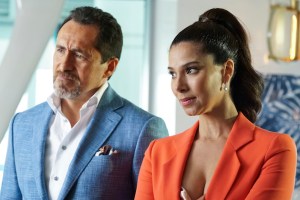 GRAND HOTEL (Midseason; WATCH TRAILER)
AUSIELLO | It’s Jane the Virgin‘s annoying, entitled, unsympathetic sibling!
NEMETZ | Is this one of the telenovelas they watch on Jane the Virgin? Did Rogelio De La Vega star in the original?
ROOTS | Andy Swift is gonna be the only TVLiner who watches this show.
SWIFT | Ooh, Mama just found her new Devious Maids (and not just because it literally stars someone from Devious Maids). I’m gonna be the only one on staff who watches this show.
IANNUCCI | I rolled my eyes so hard at the sleazy brother’s “I didn’t sleep much” line that they actually hurt. Hard pass. 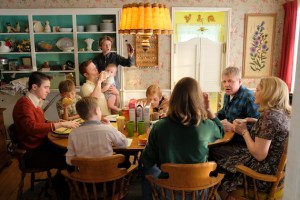 THE KIDS ARE ALRIGHT (Tuesday at 8:30/7:30c; WATCH TRAILER)
AUSIELLO | Love the lack of sentimentality. Should be a perfect fit with the equally as acerbic Roseanne.
MITOVICH | They’re gonna fix the title, right? Because “alright” is not realllly a word. Oh, the trailer — I tuned out after the heavy-handed “phony news” joke.
NEMETZ | I tuned out after the Nixon/”phony news” joke.
SWIFT | Isn’t this just a Catholic Goldbergs? When they canceled The Real O’Neals, did it just get absorbed into The Goldbergs? As you can see, I have a lot of questions about this show, none of which are “When is it on?”
IANNUCCI | I’m not wowed just yet, but there are glimpses of the heart and humor that make ABC’s family sitcoms so enjoyable. 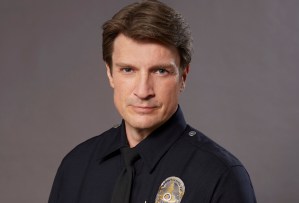 THE ROOKIE (Tuesday at 10/9c; WATCH TRAILER)
AUSIELLO | Looks like ABC finally solved its Tuesday-at-10 problem.
MITOVICH | Seems a bit straighter and more intense a drama than I envisioned. But as a (ahem) Man of Nathan Flllion’s Age, I’ll be tuning in.
NEMETZ | Nathan Fillion is a charmer, but the rest of this feels depressingly generic.
ROOTS | So wait, I’m lost: Everyone is mad because… he’s old? Are there no other 40-something police officers in this universe? The central conflict here seems pretty easily surmounted.
GELMAN | As Nathan Fillion himself would probably proclaim, it’s your mom’s favorite new show.
SWIFT | I’m so glad Nathan Fillion is finally playing a guy who works with the police and sometimes has to solve crimes through unconventional means.
IANNUCCI | Nathan Fillion is as charismatic as ever, but that crucial bank-robbery moment — which should have been compelling — felt really cheesy. 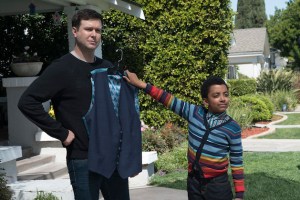 SINGLE PARENTS (Wednesday at 9:30/8:30c; WATCH TRAILER)
AUSIELLO | I was hooked the moment Leighton Meester grabbed that UPS box and dismissively dropped it on the floor. I think I found my new New Girl.
NEMETZ | I like Taran Killam and Leighton Meester, but I was hoping to laugh more. And what is Brad Garrett doing here??
ROOTS | Leighton Meester makes me want to watch (even though the trailer felt the need to include a testicle joke before the 30-second mark).
SCHWARTZ | Who knew Leighton Meester had a knack for physical comedy?!
IANNUCCI | I’m really excited to see comedy gem Taran Killam in a leading role. This trailer had enough bright spots that I’ll give the show a shot. 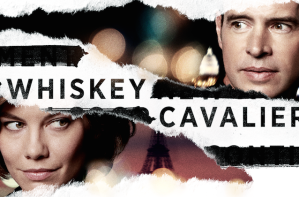 WHISKEY CAVALIER (Midseason; WATCH TRAILER)
MITOVICH | I’m on the fence, and the midseason scheduling is kinda nudging me toward wariness.
NEMETZ | Scott Foley and Lauren Cohan do make a dynamic duo, and I appreciate the laughs they sprinkled in among the (many, many) explosions.
ROOTS | Please please please tell me that the real Will Chase will guest-star.
SCHWARTZ | You had me at “Bill Lawrence dramedy starring TV’s Scott Foley.” I had no idea Cougar Town‘s Josh Hopkins was in this, too.
IANNUCCI | The tone feels a little uneven, but Foley and Cohan have a fun chemistry. (And it’s nice to see her playing a character whose life isn’t endless misery.)

Get additional fall 2018 trailer reactions for CBS, NBC, Fox and The CW.