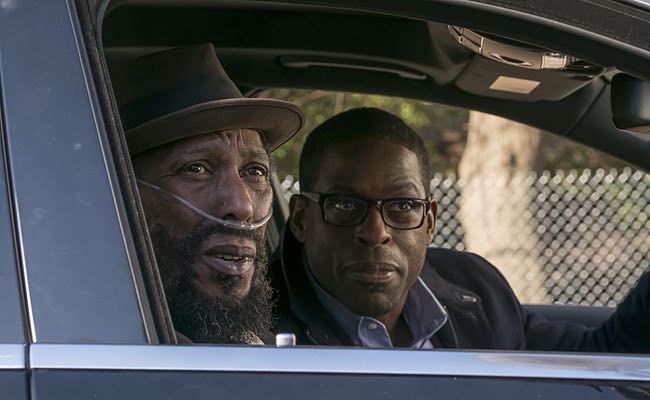 THE PERFORMANCE | All season long, as Randall’s wisdom-spouting birth father William, Jones has been a rock-solid member of This Is Us‘ formidable acting ensemble. But with his work in this week’s “Memphis,” he saved his best for last.

There was a charming lightness to Jones’ performance in the early scenes, as William embraced his terminal diagnosis and headed back to his hometown of Memphis with Randall in tow, joyfully soaking up every last moment of life he had left. But Jones also got the waterworks started when William offered his heartfelt thanks to Jack for raising his son for him. And that final hospital scene… it was a tough one, for sure, but along with his costar Sterling K. Brown, Jones found a glimmer of optimism amid all the tears. As William slipped away, Jones portrayed his gratitude, his fear of the great unknown and his ultimate peace — all infused with a gorgeous, fragile humanity.

Despite his death, we have a feeling we’ll be seeing more of William down the road. (Look how much we’ve seen Jack!) But if “Memphis” is indeed Jones’ final appearance on the show, he truly went out on a high note. On his deathbed, William told Randall, “You deserve the beautiful life you’ve made.” Well, Jones deserves all the accolades he’ll get for the beautiful performance he gave. 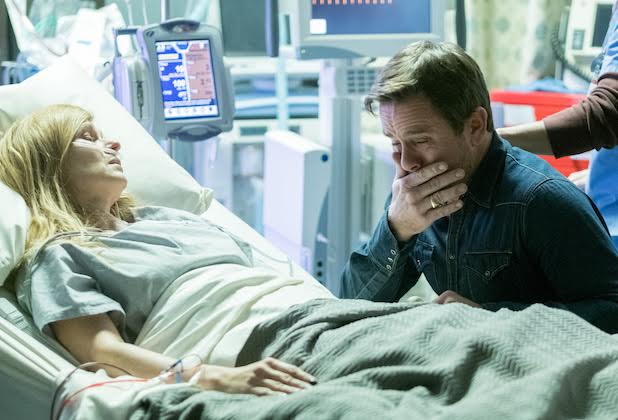 THE PERFORMANCE | Nashville‘s Rayna and Deacon were the fairy tale. They were the show’s central couple. They were endgame. Yet when it became clear during Thursday’s episode that Connie Britton’s Rayna was not long for this world, Esten gave a tour de force performance as Deacon came to terms with the fact that the love of his life was dying.

In what must have been an emotionally exhausting episode to shoot, Esten made Deacon’s panic and disbelief palpable as he swung from elation that his wife had survived surgery to a niggling fear that a vision of her dead mother meant something terrible was about to happen. And when a sudden downturn landed Rayna in the Intensive Care Unit, Esten had his finest moments of the episode, showing how mightily Deacon was working to hold himself together for his love’s sake.

As Rayna slowly detached from life, Deke kissed her and begged her to stick around just a little while longer, Esten filling “Don’t leave me!” with a yelping, desperate, growing grief. And when Rayna finally did pass, we don’t know what impressed us more: Esten’s ability to sing three-part harmony through a throat choked with tears, or his painfully real commitment to Deacon’s all-encompassing loss. All told, the work was Esten’s best on the series to date. 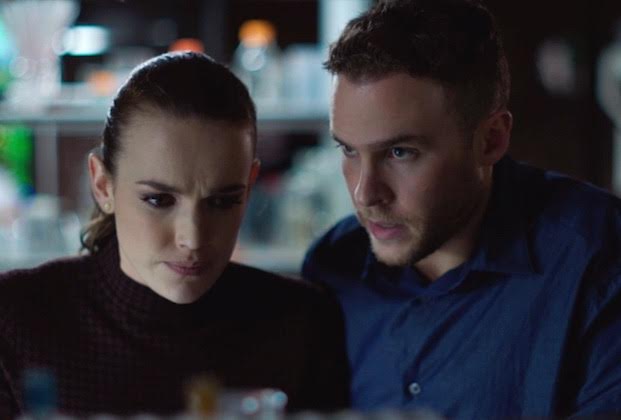 HONORABLE MENTION | Before Agents of S.H.I.E.L.D. thrust us into the far-out Framework, Elizabeth Henstridge and Iain De Caestecker had us rapt with an all-too-real, six-minute face-off between Simmons and Fitz, where they grappled with the question of which of them was an LMD. With Jemma training a gun on her possibly compromised lover, the pair’s performance was incredible in that no matter the outcome, it would simultaneously be totally logical and completely astonishing. While Henstridge toggled between tears and intensity, De Caestecker crushed us by switching from an anguished Fitz, doubling over as he slashed his wrist, to an ice-cold android, plunging a knife into his accuser. Capping the encounter was a tussle in which Simmons just barely ignored the plaintive cries of her true love’s doppelganger as she stabbed him, again and again, while he adopted the stone-faced stare of heartless LMD. Simply chilling. 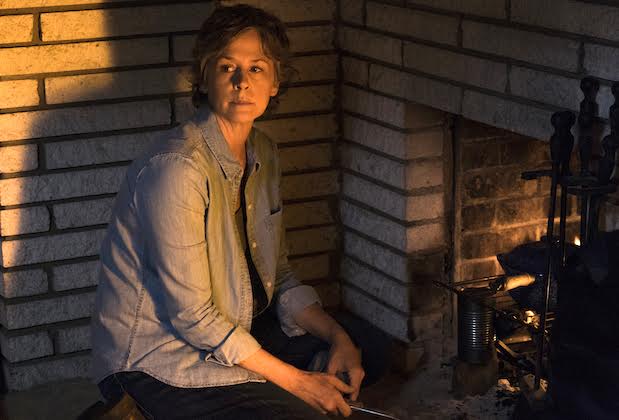 HONORABLE MENTION | No fan of The Walking Dead can say that the long-awaited reunion of besties Carol and Daryl didn’t live up to its promise. When he showed up unexpectedly on her doorstep, her portrayer Melissa McBride‘s face registered, in an instant, more emotions than we can even name. But it was after Carol explained her painful decision to leave Alexandria, so as to save her soul by stopping killing, that the actress really blew us away. Her eyes filling with tears unbidden, she showed us how desperately afraid Carol was to ask if the Saviors had retaliated for the attack on their outpost. When Daryl said that everyone back home was OK, McBride’s expression of relief was so palpable that, for a minute, even we believed her pal’s beautiful lie.