Warning: The following contains spoilers for Tuesday’s episode of This Is Us.

One of This Is Us‘ main characters played his final notes this week. Randall’s birth father William (Ron Cephas Jones), the elderly poet who always had a sage bit of wisdom to offer, finally succumbed to his season-long battle with cancer during a nostalgia-filled trip with Randall to his hometown of Memphis.

Tuesday’s episode, “Memphis,” was a real heartbreaker from start to finish, with poignant flashbacks to a young William finding success as a keyboard player and songwriter in his cousin Ricky’s band — wasn’t that song great? — and a sob-worthy deathbed conversation between William and Randall. (And don’t even get us started on the ducks.)

Jones knew early on this episode would be a special one, he told reporters at a press screening last week. He calls the first table read “an open-mouth moment… like, ‘I can’t believe what I’m reading.’ It affected me that way.” He remembers turning to costars Sterling K. Brown (Randall) and Susan Kelechi Watson (Beth) afterwards: “Each of us was waiting for one of us to confirm what we just read. It was this feeling of, ‘There’s something special here. And I’m not sure if it’s real or not.’ It was that moment of frightening horror and extreme excitement, all in one.” 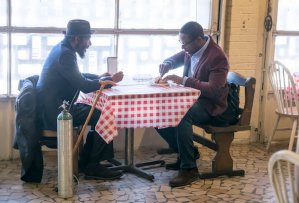 The show’s writing staff struggled with the decision to kill off William, according to executive producer John Requa, who co-directed “Memphis” along with fellow EP Glenn Ficarra. “We went through all the stages [of grief],” he admits. “A lot of bargaining.” But “ultimately, we felt like it was the right thing to do.” The writers had always planned to bookend Randall’s character arc this season with “the introduction and death of his birth father… and we had to respect those impulses. Because it’s easy to get compromised, especially with a popular show.”

Ficarra agrees: “We’re like a big family, and you don’t want to lose anybody.” But he also offers a sliver of hope that we may see William again somewhere down the road: “The beauty of the show is, you don’t really lose them, because we’re always [moving] forward and back in time… We’re always filling in blanks, and even looking at things from different points of view. We feel like we could do that for a long time. There’s a lot of potential, now that Randall’s met his Memphis family.”

Jones is “excited” about the possibility of William returning in future episodes, whether in flashbacks or in a Jack-style hallucination: “I know I’ll be seen, one way or another.” And of course, on a show like this, even a character’s death doesn’t necessarily mean the end of the road. “As we like to say on This Is Us, death is not a release,” Requa laughs, adding: “Our main character has never been alive for the entire run!” 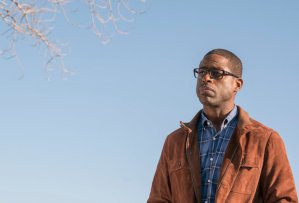 So how will William’s death affect Randall? “I think he’s going to look for meaning in it,” Ficarra says. “The episode kind of completed him, in a way. But it also tore something else open.” Requa hints that William’s passing inspires “a change in direction” for Randall: “We tried to make it not just a sad episode, but an episode that had a little bit of hope in it — a sense that life is about transitions, and death is just one of those. Maybe this is a trajectory change for him.”

And Jones thinks that William’s calming influence will stick with Randall, even after he’s gone: “He’s been infected by his biological father, and I think that whole Memphis experience is going to carry him through a lot of difficulties that’ll come up. And wonderful things, also. That’s just the way family is.”

What did you think of William’s farewell episode? And what does his death mean for Randall? Drop your thoughts in a comment below.