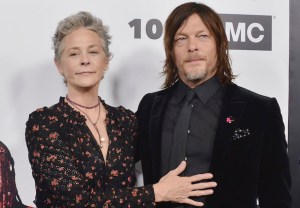 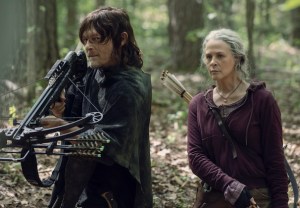 The end of The Walking Dead, it turns out, is only the beginning. In announcing Wednesday that the series’ expanded 11th season would be its last, AMC also revealed END_OF_DOCUMENT_TOKEN_TO_BE_REPLACED

Performer of the Week: Rachel Brosnahan 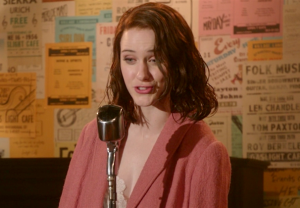 THE SHOW | The Marvelous Mrs. Maisel

Performers of the Week: Charles Esten and Ron Cephas Jones 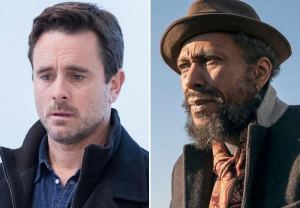 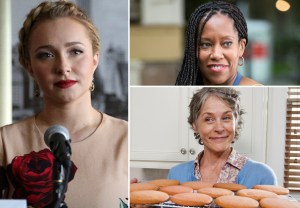 Some people spend their summers dreaming about upcoming vacations. Others obsess over baseball stats or Olympic trials. But most of our spare brainpower is devoted to the Emmys — and whether or not the Academy of Television Arts and Sciences will END_OF_DOCUMENT_TOKEN_TO_BE_REPLACED 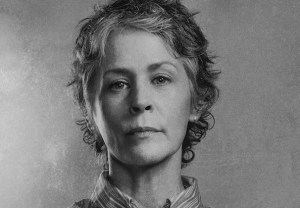 Be smarter than an Alexandrian — don’t be fooled by Carol’s happy homemaker sweater.

Instead, look closer at Melissa McBride’s official portrait for Season 6 of The Walking Dead and note END_OF_DOCUMENT_TOKEN_TO_BE_REPLACED 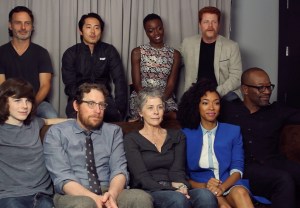 Ladies and gentlemen, The Walking Dead‘s Rick Grimes is officially back on the market. END_OF_DOCUMENT_TOKEN_TO_BE_REPLACED 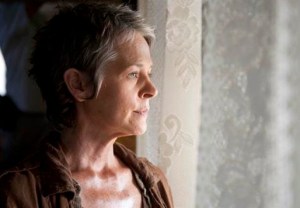 THE EPISODE | “The Grove” 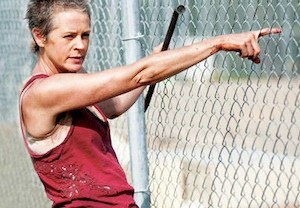 Wednesday’s news that Walking Dead has upgraded a trio of actors to series regular ahead of Season 4 did not go over well with Melissa McBride fans.

Supporters of the actress — who has played Carol since Season 1 — took to TVLine’s comments section to demand that AMC finally do the right thing and make her a regular as well.