The following story contains massive spoilers from this week’s Nashville — proceed at your own peril.

It was the flatline heard ’round the TV world.

At the conclusion of Thursday’s Nashville, Connie Britton‘s Rayna succumbed to her car-crash injuries as her anguished soul mate Deacon (Charles Esten) and grief-stricken daughters Maddie (Lennon Stella) and Daphne (Maisy Stella) looked on. The heartbreaking twist came after months of speculation that Britton’s days on the creatively resurgent CMT drama were numbered.

In the following Q&A with TVLine, Britton sets the record straight about her decision to part ways with the series, takes us behind-the-scenes of Rayna’s “devastating” death scene and teases her alter ego’s imminent return. The Emmy-nominated actress also reveals why she assured Ellen DeGeneres that she would be with Nashville “for the duration.”

TVLINE | First off, for the record, this was your decision to leave, correct?
It was. It was something that had been percolating over time, and there were lots of different reasons behind it. But my priority was really making sure that the timing was right. My priority has always been Nashville. So when the show was moved to CMT and we got these great new showrunners — Marshall Herskovitz and Ed Zwick — I was [confident] the show would be in a good place. Because one thing we learned over the summer is how passionate the fans are. We would not be on the air right now if it weren’t for the fans. We’ve all been so incredibly grateful for that. But the fans love every single one of these characters. And the show is now in a place where all of these characters can live and just be incredibly dynamic and amazing. I feel like Nashville can go on indefinitely.

TVLINE | Did you feel like you accomplished everything you set out to with Rayna?
Maybe that was part of it. As I said, there were a lot of things that came into play. Some of them were personal… It was just the right timing. 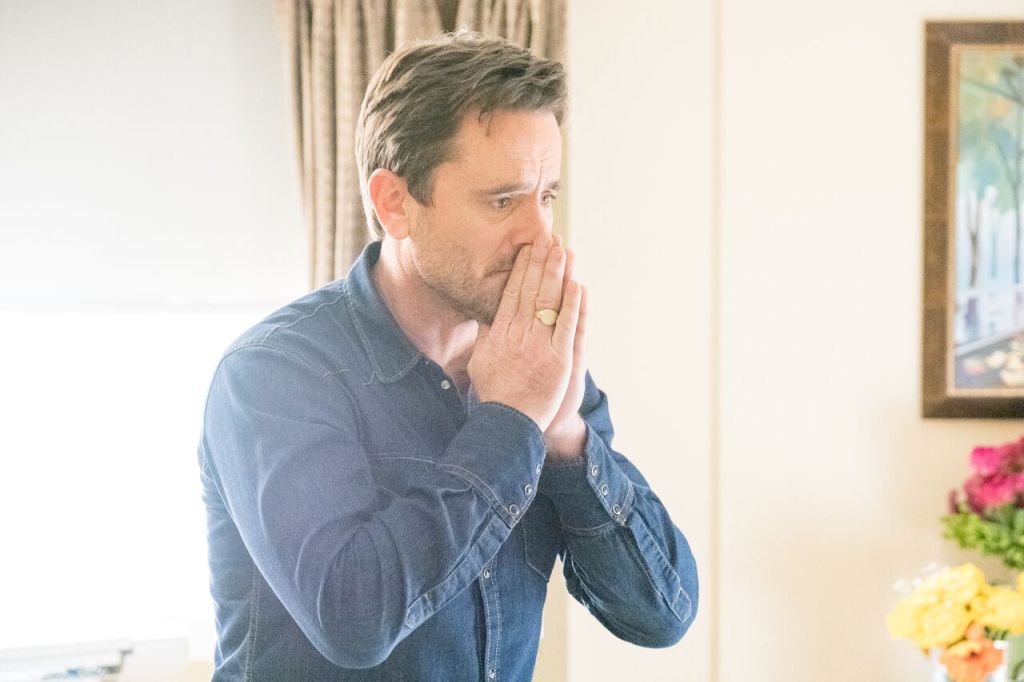 TVLINE | Was it weird shooting these nine episodes knowing you were going to be leaving but everyone else would be staying?
Yes. It was. It was sad. It was very hard to say goodbye. Every time I worked with Chip [Esten], we just both kind of would look at each other with these sad, puppy-dog faces. [Laughs] And then I’d be like, “I’m really sorry, babe.” It was very hard! Particularly, of course, those final episodes. And that final episode was devastating. There was no easy way around it for anybody.

TVLINE | The show is in the midst of a creative resurgence. When you were reading the scripts this season, did you ever have any second thoughts about leaving?
No, I didn’t second-guess my decision. Look, I was just thrilled that the show was able to improve. That was something that felt really essential to me. I was absolutely grateful for that. But as I said, there were other factors that came into play. I did [say] to Marshall at one point about, “Hey, I could stay on and do a few more [episodes] if we’ve got more story to tell.” [But] I think at that point we were very committed to [this ending].

TVLINE | Some fans are going to be especially shocked by Rayna’s death after you assured them last month on The Ellen DeGeneres Show that you would be sticking around for “the duration.”
The duration of Rayna’s character. [Laughs] To be completely honest, I was taken off guard. I had no idea that Ellen was going to bring up [the exit rumors]. I was really [put] on the spot and I had to protect the story. My commitment has always been to the show. But I’m not a good liar! [Laughs] So, “I’m in it for the duration,” in my mind [means] I’m in it for the duration of… what I perceived to be this character. But of course, I understand why it was construed in the way it was. That was a very difficult moment for me.

TVLINE | Did you have any say in how Rayna would leave?
No. Marshall definitely shared his ideas with me. And I was so appreciative of that. It was so important to me, as I said, to do it in a way that felt like it was honoring the character. I really wanted to do justice to Rayna. And I felt like he really did that… I was not excited for Rayna to die though. [Laughs]

TVLINE | Is this week’s episode the last we see if her?
I do pop back in in after Episode 9. And Nashville‘s always going to be important to me, so I’m totally open to whatever as time goes on. But it is really hard to say goodbye to this character. 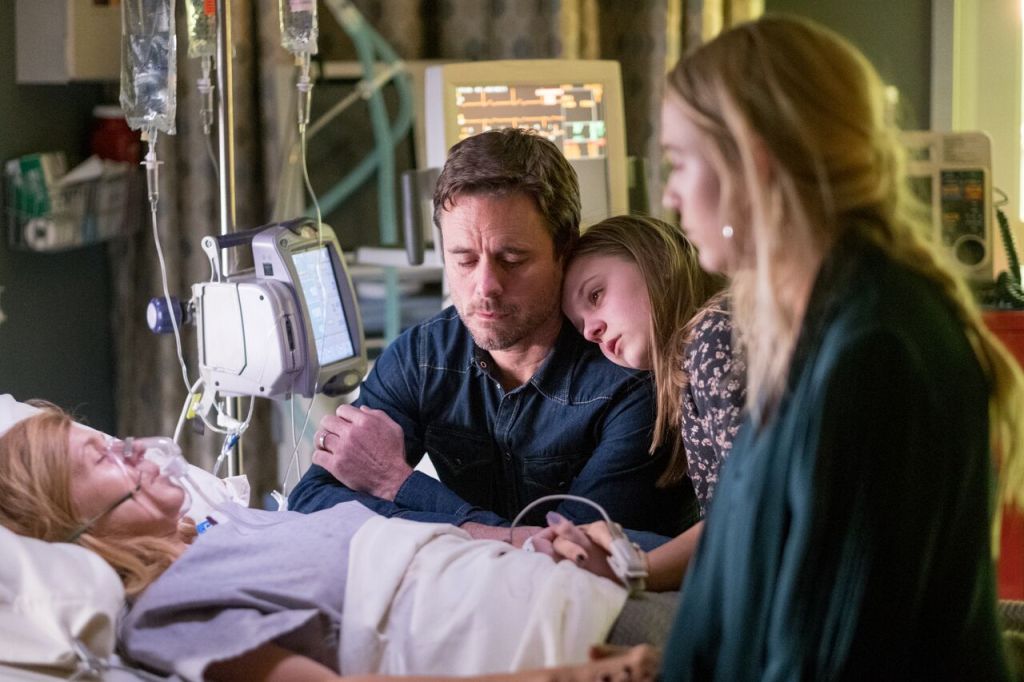 TVLINE | Rayna had a lot of final moments with various characters. Which was the hardest to shoot?
Probably the scene where I die and [Chip, Lennon and Maisy] were singing “A Life That’s Good.” We could not get through it. I was lying there, supposedly dying, and just had tears streaming down my face; I was trying not to slobber. And the girls couldn’t get through the song. We did probably five takes where they could barely get three words out. That was really hard — in a very real way. The crew was crying. It was a tough week.

TVLINE  | What was your offscreen goodbye with Chip like?
Well, Chip and I still talk on the phone. We had several goodbyes. And I keep going back. Every time I come back, he gives me those puppy-dog eyes and a long hug. There were a couple of very teary goodbyes between us, too. With him, we’ll be friends for a long time.

TVLINE | Is there anything you would’ve liked to have seen Rayna do that you didn’t get a chance to? Another car accident?
Yeah, that’s what I need. Just one more car accident. [Laughs]  I really wanted to delve into Rayna and Deacon’s [life as a married couple]. We had that one big episode where they’re writing their record together. If we could have spent a little more time on that, I would have loved it. I loved those two characters together. And I feel like after we had the great satisfaction of watching them get married last year, we never got to experience the rewards of that — [especially not] last season. We definitely got some of that [this season]. But I could have had more.

TVLINE | What’s next for you?
Honestly, I’m going to take a little rest, if such a thing is possible. I’ve been doing network TV for 10 years straight without a break. And I adopted my son five years into it… But I also love to work. There are a couple of film things coming up that I’m excited about. In terms of TV, I’m very open to whatever comes around. But moving forward, I like the idea of maybe starting something from the beginning and being really at the ground level in terms of development and creation. To me, that would be very exciting.