We’ve got questions, and you’ve (maybe) got answers! With another week of TV gone by, we’re lobbing queries left and right about lotsa shows including Blood & Treasure, Westworld, Riverdale and For All Mankind!

1 | As welcome as the Daredevil revival news is, does the 18-episode season give you some pause? Or will Disney+ pull a Netflix and release “volumes”? 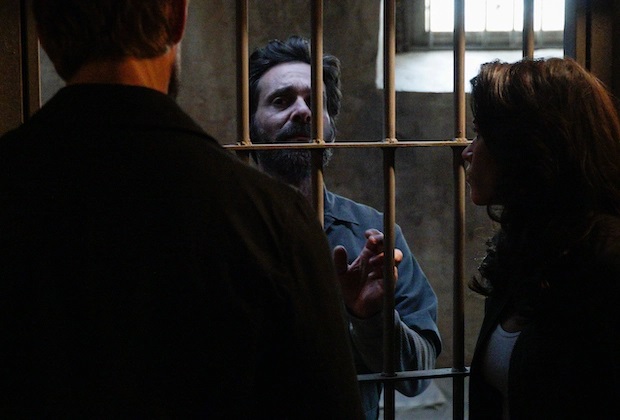 Did you appreciate how Blood & Treasure — from go, multiple times, and complete with movie quotes — acknowledged the obvious “Hannibal Lecter” nature of Danny and Lexi’s visit with Simon?

3 | If you explained the plot of this week’s wilder-than-ever Riverdale to someone who’s never seen the show, how long before they’d try to have you institutionalized?

4 | On Evil, how are we supposed to interpret Ben’s reaction when Kristen and David find him outside, covered in goat’s blood? Is he in a state of shock? And even though Ben’s cult hook-up left him in such a way… don’t you kinda hope we see her again?

5 | Was Christina and Dolores’ Westworld lunch date the most tense three minutes of TV this week? Also, how did Stubbs & Co. manage to fend off dozens of attacking streetside hosts while Jay rushed to the outlier on the rooftop?

7 | On Better Call Saul, couldn’t Gene’s plan have gone sideways any number of ways, even if Jeffy hadn’t taken a digger? (Like, what if the guards had randomly swapped shifts that night? What if Frank finally/actually swore off sticky sweets?) Did the recasting of Jeff take some of the fun out of this week’s caper? Did you enjoy a full hour of Gene in black-and-white, or would you rather spend more time with Jimmy/Saul? And as one TVLine reader (and presumed Parks and Rec fan) asked: Does security guard Frank’s wife also look like Christie Brinkley?

8 | Instead of the very dumb, very shoddy Snake in the Grass, can we just have The Mole back instead? 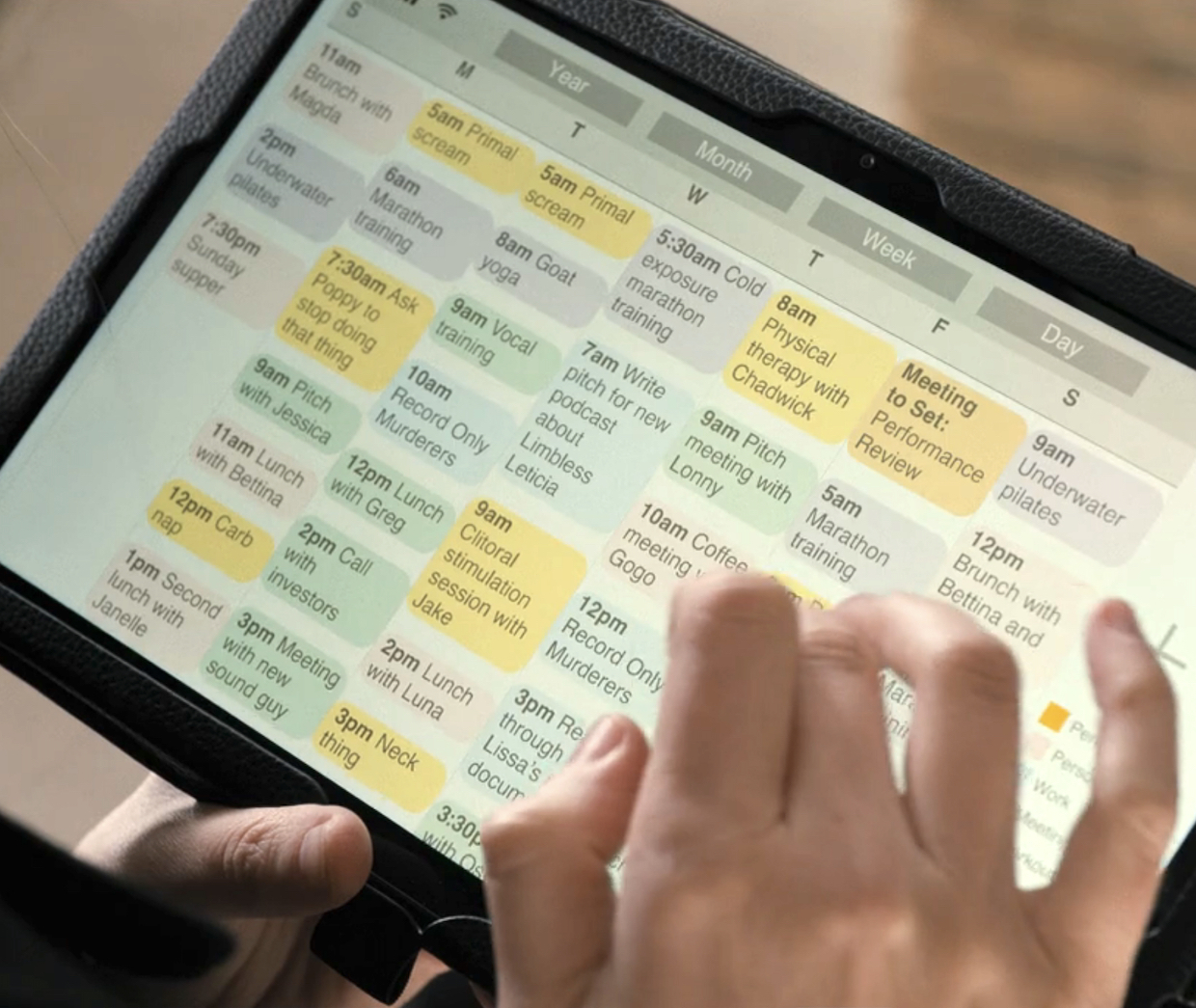 9 | Only Murders in the Building viewers, did you pause Episode 6 to get a good look at Cinda Canning’s schedule?

10 | OK, but for real: When are Eric Lloyd, Wendy Crewson and Judge Reinhold joining the Santa Clause sequel series?

11 | For the Big Brother live feed watchers among us, how pleasantly surprised were you that the feeds kept running despite CBS’ scheduling switcheroos, instead of keeping subscribers in the dark until after Sunday night’s eviction aired? And was Daniel and Nicole’s argument with Taylor the toughest-to-stomach fight in several seasons?

12 | Any other Challenge: USA fans think that opening each episode with the Algorithm selections is somewhat of a snooze? What was the deal with Sarah’s hostility toward Derek? And did you think it was the right time for Alyssa and Kyland to take the shot against Xavier?

13 | If you fall in the SEAL Team/What We Do in the Shadows Venn diagram overlap, how fun has it been to see Parisa Fakhri (aka Naima) playing Nandor’s wife?

14 | Are you already having trouble keeping track of Orphan Black: Echoes, Netflix’s Echoes, and Disney+’s Echo? (And how is Echo Kellum not cast in any of them?) 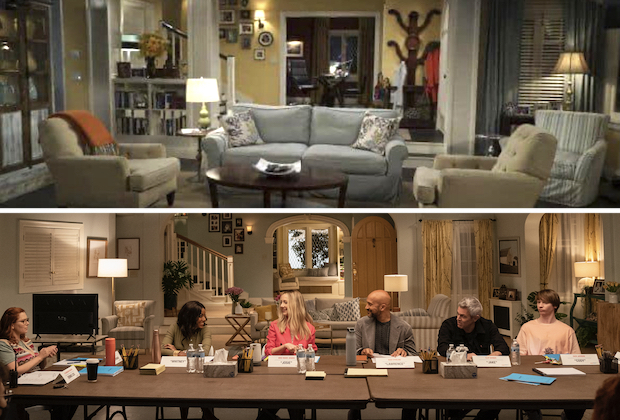 16 | Isn’t it ironic that Hulu’s Reboot, a show about the making of a stale sitcom revival, is using the old Last Man Standing living room set ➡? (They even share a supporting cast member in Krista Marie Yu!)

17 | Were you shocked to see The Orville do Ted Danson’s character so dirty, and in such short order? And would this week’s jam-packed episode have been a half-season storyline on any other show?

18 | Regarding Harley Quinn Season 3’s cold open, is it safe to say that’s the first time an X-rated movie has been watched in the Fortress of Solitude…? And is Clayface-as-Billy Bob Thornton (!) starring in a James Gunn-directed (!!) Bruce Wayne biopic (!!!) one of the series’ most fertile storylines to date?

19 | Are we to believe The Resort‘s Emma really had that easy a time getting her hands on a working Motorola Razr phone? In the year 2022? 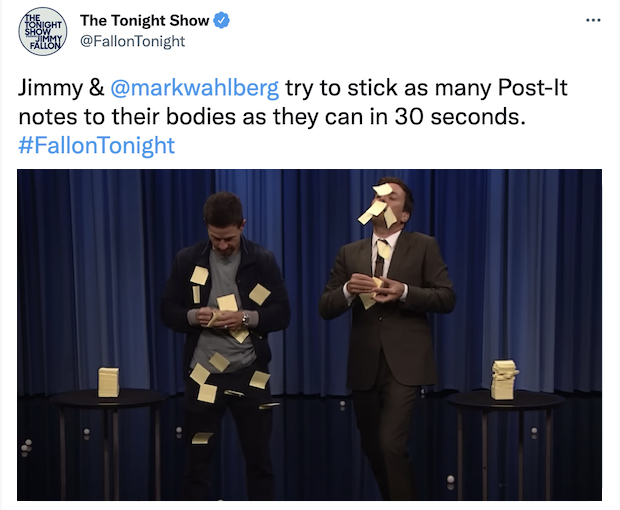 20 | Has The Tonight Show officially run out of ideas?

21 | For All Mankind viewers, did you find yourself unexpectedly devastated during this week’s episode when [SPOILER] died at the end?