Melissa Fumero and J.B. Smoove are about to brighten many a TV star’s day. 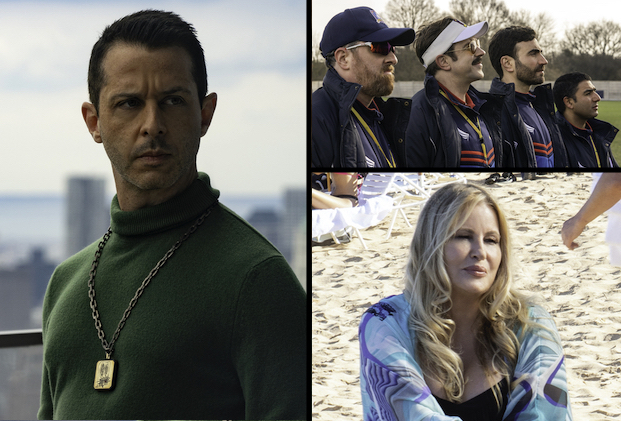 Beginning at 11:30 am ET, the Brooklyn Nine-Nine and Curb Your Enthusiasm standouts — who will soon appear in the Netflix workplace comedy Blockbuster — will reveal the nominees for the 74th Primetime Emmy Awards, which are set to air live Monday, Sept. 12 at 8 pm ET/5 pm PT on NBC. A host has not yet been announced.

Viewership for the 2021 Emmys (hosted by The Neighborhood‘s Cedric the Entertainer and aired on CBS) averaged 7.4 million viewers, up 16 percent from 2020 (the first pandemic-era telecast) and thus ending seven straight years of pretty steady* decline.

Hit PLAY on the video above to watch Fumero and Smoove announce the 2022 Emmy nominees, then drop a comment with your reactions below: Which nomination excited you most? And who’s atop your list of snubs?