In the third episode of The White Lotus‘ freshman season, Jennifer Coolidge‘s loopy socialite Tanya McQuoid took a sunset boat ride to say goodbye to her recently deceased mother by scattering her ashes at sea. (Fellow hotel guests Shane and Rachel were onboard, too, though not by choice.) Tanya started giving a heartfelt speech remembering her mother, but it turned into a bitter rundown of all the terrible things her mom had done to her over the years. “And what’s weird is,” Tanya exclaimed, “I miss my mother, even though she was a big jerk!”

Here, Coolidge (one of our Dream Emmy nominees) tells TVLine about shooting that pivotal scene… and how seasick she got doing so.

Emmys 2022: Supporting Actress in a Limited Series — Our Dream Nominees! 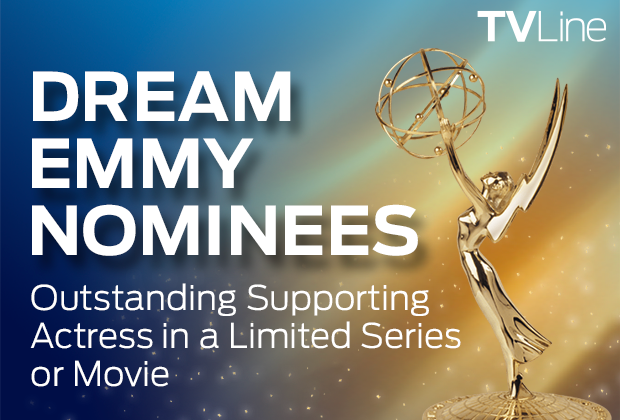 THE SCRIPT | “Of course, [series creator] Mike White gets all the credit for writing me this very funny monologue. He wrote 99.9 percent. I think there was this improv mixed in with it… I might have embellished what he wrote. I may have made it even more intense or something, and added some screams and things… But he gets full credit for every word.”

“It’s funny: I think I just went a little cuckoo for a bit… Mike sort of taps into who you are, and he sort of opens a door for you, so if you want to risk saying something and doing something that he hasn’t written, I felt like I had permission. So that’s sort of a gift he has.”

THE DAY OF SHOOTING | “I kind of ruined the fun for the other actors because I had told Mike repeatedly that I was a very seasick person. I can’t even get on a kayak on a placid lake and not get sick, you know? I can’t get on any kind of whirlybird thing or a swing at a park. So it was a bad combination.”

“I told Mike we should just do it on a set, but Mike doesn’t take direction from anybody. He’s like, ‘Nope, nope.’ So we did end up doing it on this boat, and it was very rocky seas. I got sick on the tiny boat on the way to the bigger boat, that’s how sick I get. I don’t know if anyone was really prepared for that. I said to everybody, ‘I don’t really do well on this,’ and everyone kind of laughed. And then out came the bucket, and that stayed out for all of us.”

“It was sort of an optical illusion: The boat was not big. We were all very close to each other, within a foot of each other. So everyone was having to endure me just heaving into a bucket between my lines. I’ll never forget it, because it’s such an intimate thing, to get really sick in front of people. Everyone was quite speechless. I think Jake Lacy’s look of horror was not any kind of acting.”

THE EULOGY | “I’ve met people like [Tanya], where they’ve had incredible ill feelings towards someone in their life, and every time you get together with them, you just hear their grievances and intense hatred and disgust and unfulfilled expectations from that person. And then that person, who has taken up their life discussing them whenever you see them, passes away, and they can’t stop sobbing, and they can’t ever get it together. And you realize that that person was everything.”

“Tanya, she really only had the person who was tormenting her for her whole life as her best buddy. That was her mother, who didn’t seem to do her any favors in this lifetime, but in the end was the closest person to her.”

THE DIRECTION | “[Mike White is] not only a great writer, he’s a brilliant director. He sets up a level of trust that’s sort of like a fortress, and so you sort of give in to it, and then all of a sudden, you’re sort of flying. I guess it’s just his confidence that you think you might not crash. He knows what he’s looking for in such a distinct and specific way that he’s not going to put false moments in the show, because it’s so important to him that it’s all very real. In some weird way, Mike White is the scariest experience and the most fulfilling at the same time.”

Season 1 of The White Lotus is now streaming on HBO Max.