In the antepenultimate Season 2 episode of Ted Lasso, Hannah Waddingham‘s Rebecca Welton struggled to find the words, then the lyrics, to eulogize her father. As she went from not quite knowing what to say, to mouthing the lines to Rick Astley’s “Never Gonna Give You Up” — first speaking them, then singing them — Waddingham had us on the edge of our seats, unsure how Rebecca would get through it. Or if she’d get through it. 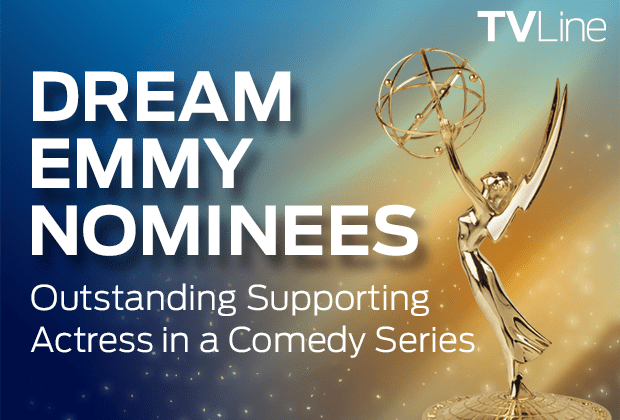 WADDINGHAM | When [the script] popped into my inbox, I thought, “Oh my lord, what the hell do I do with Rick Astley’s ‘Never Gonna Give You Up’? Are you effing kidding me?” And then I thought about what I have to do in the theater: I needed to write out the words and not hear the rhythm or the style of the original version. I stripped it down and thought, “I have to buy, more than anyone, that in a moment of desperation for this woman, that it literally falls out of her face in a panic.”

DELANEY | She’s a fantastic singer, right? Like, she’s this big West End star, and Hannah has always been adamant that Rebecca is not a singing football club owner. She’s a woman of many talents, but I think she was worried that it would come across as inauthentic, so her instinct was to hold back.

DELANEY | Hannah and I wanted a little bit more time before everybody joins in. She pointed out this lyric — “never gonna make you cry, never gonna say goodbye” — where if she broke on that moment, it would make more sense in terms of what we understood about her relationship with her father.

DELANEY | Once everybody starts singing, it doesn’t seem so much like a performance. That was something we played with a little bit: How much of it should be a spoken eulogy at the top, and when she should actually start bringing the melody in.

WADDINGHAM | While filming that episode, my own father had been rushed to the hospital. And the day we shot the [reception], he was meant to have open-heart surgery, and it didn’t happen. Then, finally, the day I knew that it was definitely, definitely happening — I had said goodbye to my own father just in case, and thanked him for everything he has been in my life — that was the day I stood in front of the coffin and had to do all of that. You couldn’t write that: a life-imitating-art-imitating-life circle. But actually, I was very grateful for the distraction. It gave me something to control. It gave me power elsewhere, whereas I was powerless with him. (Editor’s Note: Waddingham’s father’s surgery was a success; she reports he is “fighting, fit and driving me mental.”)

Ted Lasso Seasons 1 and 2 are available to stream on Apple TV+.