In Yellowstone’s penultimate Season 4 episode (recapped here), Kelly Reilly’s Beth thinks she’s ready to defend to her beloved father the way she made a patsy of his one-night stand to save his ranch — until he not only shuts her down, he crushes her. Here, TVLine Dream Emmy nominee Reilly and director Stephen Kay revisit the face-off and the moment Beth realized that she’d lost more than the fight.

KELLY REILLY | That scene was heartbreaking for me. Beth doesn’t often come up against her father. She’s very obedient with him. So to have him say he’s disappointed in her… She never thought she’d hear that from him. She’d rather have been punched.

Emmys 2022: Lead Actress in a Drama Series — Our Dream Nominees! 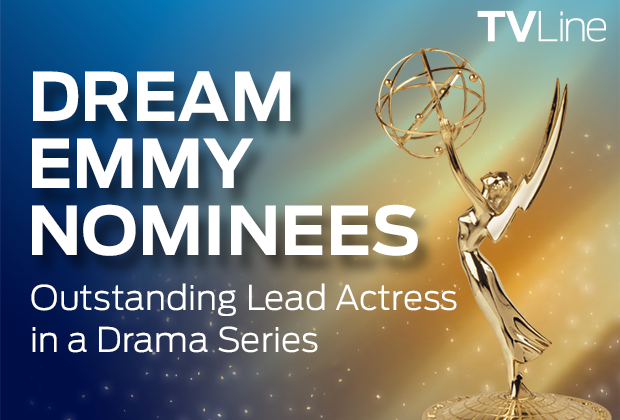 STEPHEN KAY | Everything Beth did, she did for the right reason as far as she was concerned. So it was pretty easy to tell Kelly, “Play these circumstances, and your heart will break.” When you have two really good actors [like her and Kevin Costner], the goal is to put them in a situation and let them go.

REILLY | Before every season, I talk with [series co-creator] Taylor Sheridan about every scene. [But on set,] we usually don’t get too much time to rehearse. There’s an adrenaline rush to just throwing yourself into it and not knowing what the other person is going to do, then responding freshly. There’s an excitement to that way of working that I personally love rather than rehearsing it to death.

KAY | I’ve said it to Kelly, and I’ve said to Taylor: Beth is his muse, his fever dream. And Kelly is Beth now. She doesn’t come in and put Beth on, she is Beth.

REILLY | When you have a role that means so much to you, you want people to understand her. So I’m always trying to connect to the part of Beth that isn’t just brutal. In this specific scene, it wasn’t a big reach to find that [vulnerability]. Knowing that this would be like a knife to her heart, I wanted the audience to feel that.

KAY | When it came time for that moment, we were all careful to give it space. I’m very protective of all the actors, but I knew how painful that scene would be for Kelly and wanted her to have the room to really have at it.

REILLY | [John asking Beth to move out] is sort of the ultimate rejection. Her whole life is sacrificed for him.

KAY | I can’t count how many times I’ve said, “We’ve got it,” then wanted to do another take just to mess with it. Kelly is like that. She can keep going. With this scene, I think she knew she had it, but she always wants to be better. Part of the trust that we have, though, is if I say, “No, it’s amazing,” and she sees my eyes are wet, she knows she pushed a button. But she can act forever. She’s special like that.

REILLY | I could get into the little nuances of a scene and talk about Beth until the cows come home, literally.