In the Season 1 finale of ABC’s Abbott Elementary, Quinta Brunson‘s Janine made the difficult decision to split up with boyfriend Tariq. Below, TVLine Dream Emmy nominee Brunson (who is also the show’s creator) and director Randall Einhorn break down how they found laughs in the dramatic moment. 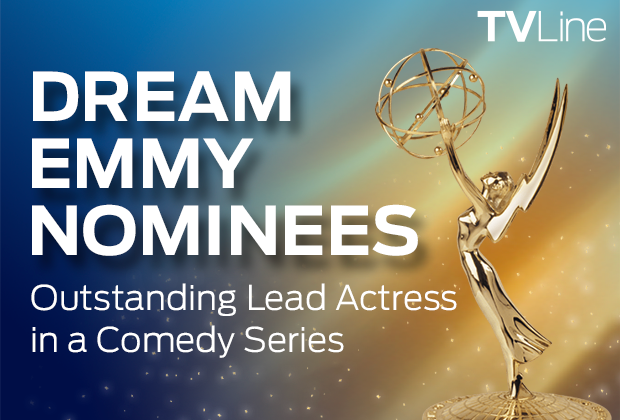 QUINTA BRUNSON | It was definitely my most challenging scene in the whole show. I kept wondering if I was playing all the beats correctly. Fortunately, I really trust Randall. I trust him to communicate with me if something isn’t reading or to at least have a conversation with me about how he sees it versus how I see it. He never said anything to me other than, “You’re perfect. You guys are perfect.” He felt like it was much more of a dance for the cameras to figure out how close to get to us, how far away to be from us.

RANDALL EINHORN | We filmed that from a very, very, very long distance away… So it played out in that very long coverage, where they can have this very private intimate moment where they can be as natural as possible without the effect of the cameras on them.

BRUNSON | I actually got to talk with Randall before about how it was going to look and that also helped to inform how to play that. I knew that I could be more subtle in the shots where it was closer to my face, but I knew that I could make bolder choices when the camera was shooting from afar.

EINHORN | [When Janine showers Tariq with imaginary money], it’s just a hysterical, sad, weird, funny moment. I love that scene. I could’ve watched that for 20 minutes.

BRUNSON | We ended on a really funny note with them dancing for the last time, and that had to portray a certain kind of sadness. For that, it was about getting the take where Zack [Fox] and I weren’t laughing because we just cracked up at how slowly we were dancing. … [The look to the camera when they’re hugging] was spontaneous. Very rarely are [the looks-to-camera] scripted. It’s very often us just having a natural relationship with the camera, where we’re like if our friend was there, we would look at our friend maybe in this moment or we would look away from our friend. That’s how I treated the camera during that scene.

Catch up on Abbott Elementary on Hulu