We’ve got questions, and you’ve (maybe) got answers! With another week of TV gone by, we’re lobbing queries left and right about lotsa shows including Bridgerton, WeCrashed, Killing Eve, Station 19 and Atlanta!

1 | Full Bridgerton spoilers ahead! Did you feel cheated because the wedding from The Viscount Who Loved Me, between Anthony and Kate, wasn’t shown? How do feel about Edwina’s fate? And is the show’s glaring lack of LGBTQ+ representation all the more surprising given Shonda Rhimes’ sterling track record on inclusion and the fact that the Netflix phenom’s showrunner Chris Van Dusen is himself gay?

2 | Did anyone else gasp out loud when Servant‘s Dorothy took that nasty multi-floor fall? Heading into the final season, do you think she’ll be permanently paralyzed? Is Leanne the Turners’ protector or the show’s ultimate villain? And what’s your take on… whatever’s happening with Uncle George and Roscoe? 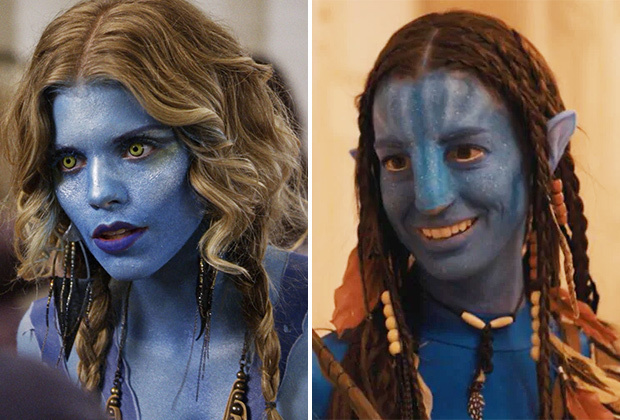 4 | C’mon, Killing Eve, do you really expect us to believe that you’d kill off Villanelle with three episodes left to go in the final season?

5 | Given how Power Book IV: Force‘s Gloria and Vic were doomed from the start, were you surprised it took this long for the show to kill her off?

6 | Does Outlander‘s Malva have any other facial expression than “creepily plotting”?

7 | How cool is it that Questlove’s guest appearance as himself on Billions aired around the same time he won an Oscar in real life? And are you nervous about the fallout from Prince and Rian’s hookup? It won’t end well, will it? 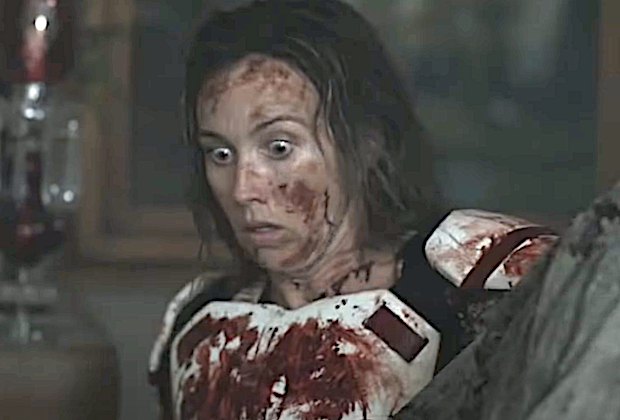 8 | How did The Walking Dead‘s April manage to get not just bitten but fatally bitten so quickly, even while wearing Rosita’s armor?

9 | We know Riverdale‘s Hiram didn’t have many fans among the gang, but wouldn’t at least one of Veronica’s friends have shown up for his funeral, if only to support her? And how exactly did Hiram manage to record a lengthy, not-at-all-rushed goodbye message to Veronica before he was killed?

10 | When S.W.A.T.‘s Cabrera stepped up for the talent show, didn’t you assume that in true TV trope fashion she’d turn out to have some ahhhmaaazing singing voice? Was it refreshing that she didn’t?

11 | Of all the iconic American Idol performances that David Cook gave in Season 7, the one they highlighted during his mentor appearance was… “Dream Big”??? A throwaway finale song written by a fan? 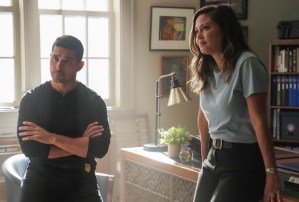 12 | As ‘ship names that actually exist within a show go, is NCIS/NCIS: Hawai’i‘s “TNT” (Torres and Tennant) actually not so bad?

13 | Was Monday’s Good Doctor, largely focused on Shaun and Lea’s dry spell, more cringe than funny? And are you ‘shipping Asher and Nurse Martel?

14 | On Bob Hearts Abishola, wasn’t the plan that Dele would remain with his father for the school year and return to his mother for the summers? If so, why when Ebun was poised to leave were there no plans for Dele to follow her back to Lagos? Wasn’t he originally just in Detroit for a visit?

15 | The Neighborhood fans, are you already hoping for a return appearance from Tracy Morgan as Calvin’s millionaire brother Curtis?

16 | While watching Young Rock, did you find yourself Googling Pat Patterson, the first openly gay wrestler? Why isn’t there a show about this guy?

17 | Given American Song Contest‘s abysmal ratings and the fact that the vaunted This Is Us‘ farewell run has been left to die on the vine, is NBC wishing it had stuck with a spring cycle of The Voice?

18 | On This Is Us, was little Randall’s swim test a planned event? (Rebecca’s comment about all of them swimming together seems like it wasn’t, but the swim instructor remarking that he couldn’t start without his star student seems like it was?) Also, was the Teen 3 sneaking into a closed diner (and turning on the lights!) a questionable move after just barely dodging a trespassing charge at the pool? 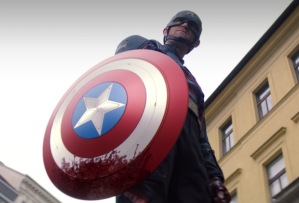 19 | Is anyone buying Disney+’s “accidental” The Falcon and the Winter Soldier upload story? Supposing that some staffer at a keyboard was just “fixing a credit,” once done, what, does the dropdown menu offer the options “Save for Release to Select Countries” or “Upload to Disney+ ASAP”?

20 | Why aren’t Survivor producers forcing Mike to abide by the Beware advantage rules and recite the secret phrase when he’s supposed to? Is it unfair of Jeff to indirectly paint a target on Jonathan’s back by continuously calling out how amazing he is? Lastly, how do you rate Omar’s epic belly flop on a scale of 1-10?

21 | After this week’s Good Trouble, we have to ask: Do people really go to a food truck expecting access to a public restroom? 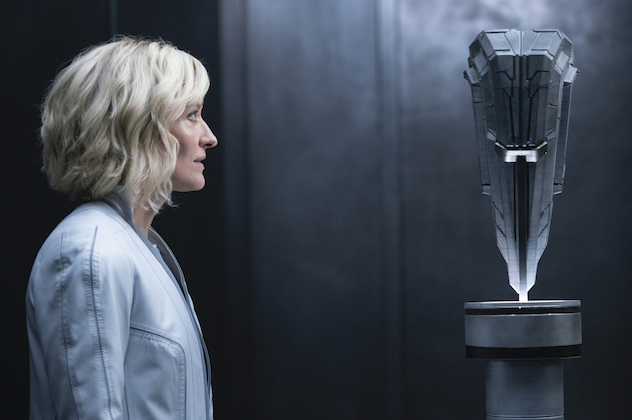 23 | Halo‘s USNC just happened to have handy a display stand for the artifact that Master Chief found, complete with handsome underside LED lighting?

24 | How surprised were you to see Marlon Wayans show up on Bel-Air as Will’s father?

25 | Did Atlanta just introduce the next big billionaire flex by having a rich guy put a full-service Nando’s chicken restaurant inside his home?

27 | Why on earth would Station 19‘s Emmett have thought it was a good idea to bring Travis to dinner with his loathsome father? And, even unaware that it was the d-bag’s birthday, why would Travis have agreed to go? Also, how many shots in did you realize that Jeremy was not a good guy? 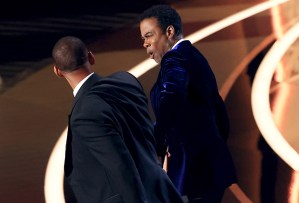 28 | How will Saturday Night Live go about addressing The Slap? Will they leave it to stand-up comedian and host Jerrod Carmichael to address it in his monologue? Will Michael Che riff on it in during Weekend Update? Or will they go the worst possible route and, say, use the cold open to stage a would-be boxing match between Smith and Rock after Jake Paul offered them $30 million for a boxing PPV?