We’ve got questions, and you’ve (maybe) got answers! With another week of TV gone by, we’re lobbing queries left and right about dozens of shows including Dexter: New Blood, Curb Your Enthusiasm, The Book of Boba Fett and Station Eleven! 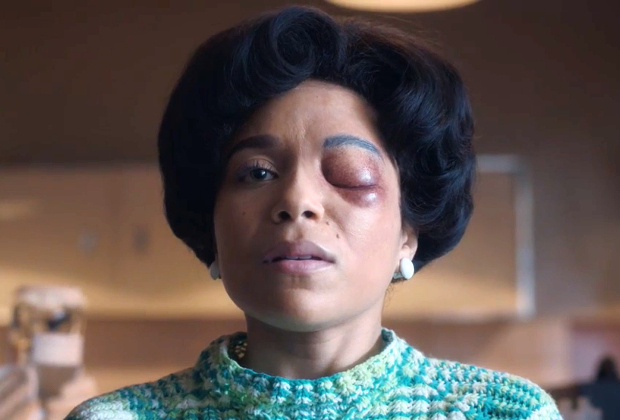 2 | Was Hawkeye‘s deleted end-credits scene going to suggest that the owl might eat the shrunken Tracksuit bros?? (And if so, are we OK with that?)

3 | 1883 fans: What’s your ballpark guess on how many members of the wagon train will make it to Oregon alive? (We’re thinking low double digits.)

4 | On Dexter: New Blood, now that Dex and Harrison seem to be on the same page, do you think they’ll work together to kill Kurt once and for all? Also, TVLine reader Brian asks: Is the “venison” actually one of Kurt’s victims? (They’ve shown him draining blood from the bodies. He’s doing something with them.) And why did New Blood feel the need to retcon the specific drug (ketamine vs. M99) that the Bay Harbor Butcher used?

5 | Didn’t Curb Your Enthusiasm‘s season finale leave a lot of plot threads dangling? Did Larry’s pilot get picked up, even with Maria Sofia still in it? Will Tracey Ullman be back as Irma next season? And did Larry drown in that pool, or what?

6 | In the Insecure series finale, did you feel cheated not being able to see Kelli’s baby? 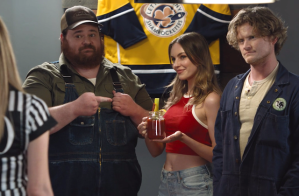 7 | Did Letterkenny get any other non-Canadians out there Googling what a Caesar is (and how it isn’t just a Bloody Mary)?

8 | Anybody else both excited and super nervous for Cheer Season 2? And does it break your brain a little to realize that Season 1 aired just last year? (It did, we swear.)

9 | Will every episode of The Book of Boba Fett — especially given the series’ title — be, like, 20 percent underworld crime drama, and 80 percent “Here’s what he was up to after Return of the Jedi? Was Boba’s long-speculated escape from the Sarlacc ultimately a bit easy/ho-hum? Also, do you think the gang wielding the red shields were the mayor’s “other delegation,” or dispatched by the overly genial Garsa Fwip? 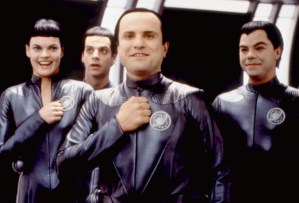 10 | Is there something about Enrico Colantoni’s Station Eleven line readings that evokes Galaxy Quest‘s Mathesar? And did anyone by chance correctly predict what had become of “Uncle” Frank?

11 | On And Just Like That…, how the heck was Carrie walking around on sky-high heels with all that back/hip pain?

12 | Safe to surmise that Diggle’s heretofore-oblique “green” journey will be outright ignored in his next Batwoman appearance?

13 | Last chance to get your predictions in, ASAP! With Miley Cyrus and Pete Davidson hosting NBC’s live New Year’s Eve special, will something wholly inappropriate make it to air? (Should we start pre-writing that news story?)