The Conners kicked off Season 4 with a live premiere that allowed viewers at home to “join” the family, all while Darlene and Dan navigated new and challenging hurdles in their respective relationships. 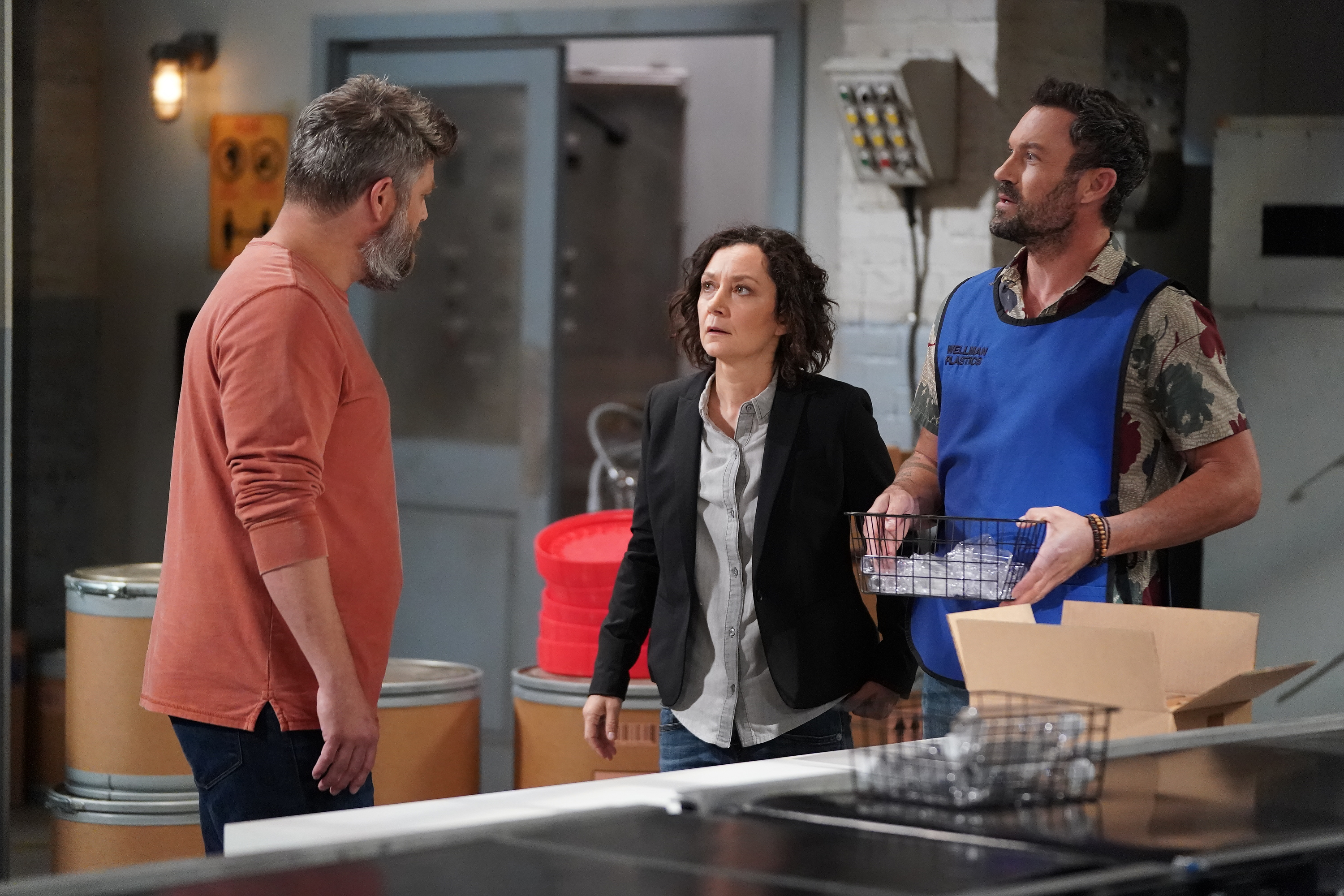 Darlene, still determined to prove to Ben that she was serious about a future with him, put a deposit down on an apartment. She presented the signed lease to him — after the show broke the fourth wall and had Darlene run from one set to the other to find him — and he told her he’d think about it.

Later, upon arriving at the Wellman plant to talk it over, Ben ran into floor worker Jeff (recurring guest star Brian Austin Green), who took it upon himself to lecture Ben on his relationship with Darlene. Darlene entered just in time to break up a potential fight, then accidentally let slip that she was going to go to Hawaii with Jeff last spring. Furious, Ben declared that he and Darlene would never live together, and their relationship was over.

Afterwards, Louise sent Darlene to see her spiritual adviser Ann. After proving her psychic abilities by acknowledging Jackie’s fractured relationship with Bev, Ann took Darlene’s palm and attempted to give her a reading. Only Darlene’s aura proved impenetrable due to her usual cynicism and general skepticism — you know, the things that make Darlene Darlene. Ann advised Darlene that this “toxic cloud” hovering over her was why her past relationships had failed, and suggested that she seek a higher power — i.e., God. And so, at the end of the night, Darlene got down on her hands and knees and reintroduced herself to The Man Upstairs. 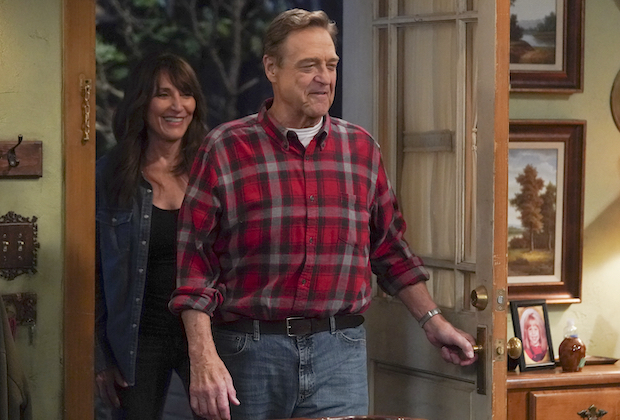 The B-plot, meanwhile, revolved around Dan and Louise’s impending nuptials. When Dan’s bride-to-be sprang on him that she suddenly wanted a big wedding, he attempted to talk her out of it. He assumed he could read her mind, and that wasn’t what she really wanted. The following morning, Louise explained to Dan that she never thought she’d want to make a spectacle out of it, but it occurred to her that her parents got married at a courthouse, and she wants to do it right. She wants to get married in a church, in front of all of their friends and family. 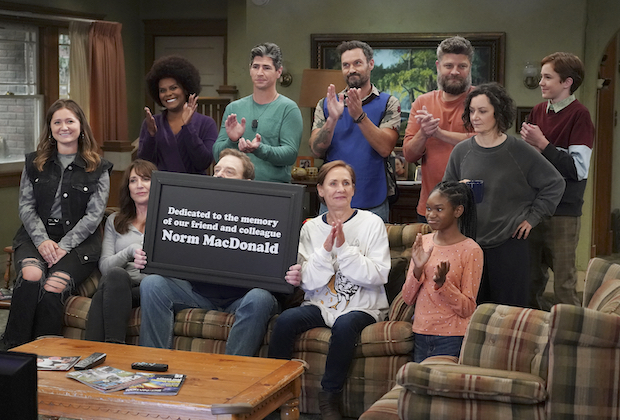 As for how the live premiere distinguished itself from The Conners‘ first live episode in Season 2: Wednesday’s outing saw Mark get in touch with winners of the You Can Be a Conner sweepstakes — all of whom appeared virtually as “extended relatives” who Mark reached out to as part of a school project. After the final scene, the camera panned to show a fully vaccinated studio audience, before turning back to the living room set to reveal the entire cast, all gathered to dedicate the episode to former Roseanne scribe Norm Macdonald, who died following a private battle with cancer on Sept. 14.

Interestingly, Lecy Goranson was MIA for the entirety of the live premiere. At one point, Darlene mentioned that Becky was at a sober retreat. UPDATE: We now know why.

What did you think of The Conners‘ Season 4 opener? Grade it via the following poll, then drop a comment with your full review.