Warning: The following contains spoilers from the May 24 episode of The Good Doctor.

The Good Doctor‘s mentor is heading to divorce court.

During Monday’s episode of the ABC medical drama, Glassman’s wife Debbie (played by Richard Schiff’s real-life spouse Sheila Kelley) called it quits — less than two years after they got married. 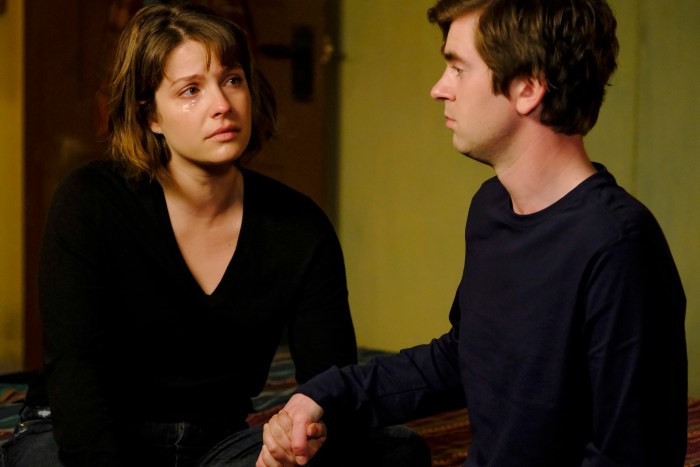 The third-to-last episode of Season 4 saw Glassman return home from work and accidentally set off his home security system — the very system he had installed in hopes that Debbie would get rid of her gun. But when he finally managed to disable the alarm, he turned to find Debbie at the top of the stairs, with her weapon pointed directly at him.

The gun, however, was not loaded. That’s because Glassman had taken it upon himself to unload it without letting Debbie know. This led to a larger argument about Glassman’s inability to compromise.

At the hospital, Lim warned Glassman that her ex-husband’s inability to compromise resulted in divorce. So, Glassman went home to apologize to Debbie and promise his wife that he’d do everything in his power to make things right. But it was too late. She’d already packed a bag. 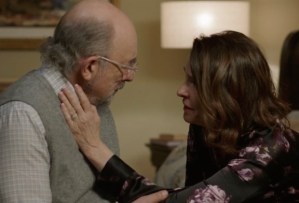 “I don’t think I can make this work,” Debbie said. “I have had this feeling for months — it’s like a pit in my stomach — and I didn’t want to face what it was. But when we were fighting, I just felt relief. Like I had an out.”

“Marriages are made up of moments, right? So many of our moments are great, but too many are just too painful,” she continued. “I love you so much. It’s just not enough.”

Kelley has recurred on The Good Doctor since Season 1, when Glassman asked cafeteria worker Debbie on a date. The date culminated in a medical scare, which ultimately led to Glassman’s cancer diagnosis. One year later, after he was declared cancer free, Glassman knocked on Debbie’s front door and proposed marriage on a whim. The couple tied the knot four episodes later. 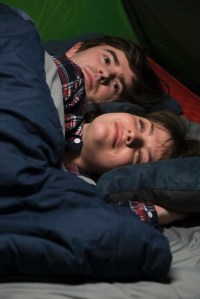 * On a camping trip meant to distract from Lea’s recent miscarriage, Shaun took a tumble and dislocated his foot. To restore circulation to his toes and prevent a potential amputation, Lea was forced to perform emergency surgery out in the wilderness, with only a semi-conscious Shaun there to guide her through it. (She fixes classic cars, combats cyber terrorism and performs foot surgery without any medical training… Seriously, what can’t Lea do?)

* Park put an end to his friendship with Morgan, worried that his lingering feelings for his former roommate were clouding his surgical judgment.

* Claire decided to forgive her father for abandoning her when she was a child. He can’t fix the past, but he can be there for her in the present — and in the future.

The Good Doctor‘s two-part Season 4 finale kicks off May 31. In the meantime, click through the attached gallery for a preview of what’s to come, and hit the comments to discuss the developments in Monday’s episode.