Warning: The following contains spoilers from Monday’s episode of The Good Doctor. Looking for our recap? Click here.

The Good Doctor promised “one shocking ending” on Monday, and it delivered in the form of a cliffhanger involving Richard Schiff’s Dr. Aaron Glassman. 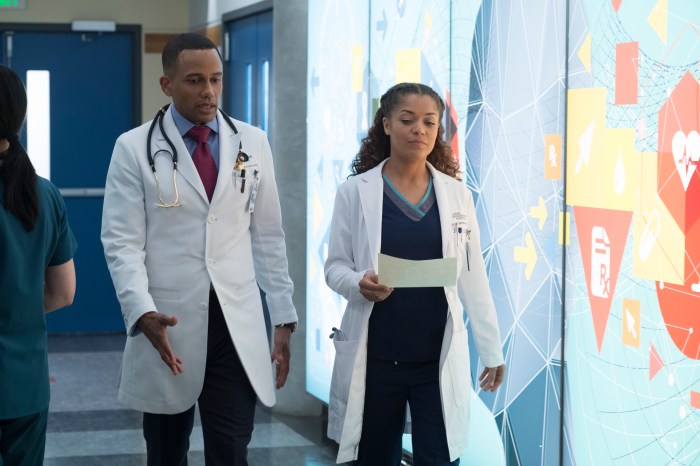 As detailed at length in our recap (which you can read here), the hospital honcho was out to dinner with new gal pal Debbi when a medical emergency occurred. It all went down when he asked for the check.

“We’ll just take the doorstop,” Glassman said, before laughing at what he assumed was an accidental flub. Unfortunately, it wasn’t the result of first date jitters or alcohol. It happened a second time, and the doctor grew anxious. Suddenly, none of his words made sense, and he pointed towards his head to indicate that something was hindering his speech. Debbi urged the waitress to call an ambulance, and the episode drew to a close.

What followed was a heart-wrenching promo for the Season 1 finale (airing next Monday, March 26 at 10/9c on ABC) that revealed not only has Glassman been diagnosed with an aggressive form of brain cancer, but that he’s — gulp! — dying. He tells Shaun about the grim prognosis, but the medical marvel is unwilling to accept it: “I love you,” he says. “You’re going to live.”

Press PLAY on the video above to watch (or rewatch) the teaser, then hit the comments and tell us if you think Glassman’s days are numbered.