We’ve got questions, and you’ve (maybe) got answers! With another week of TV gone by, we’re lobbing queries left and right about dozens of shows including The Underground Railroad, This Is Us, Who Killed Sara? and Grey’s Anatomy! 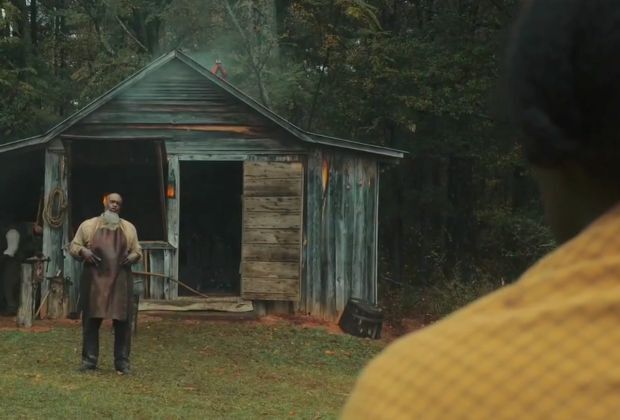 1 | Was the helpful Blacksmith’s “How should I know? I look like his mammy?” line in The Underground Railroad improvised, or in the script? And was it supposed to be that funny?

2 | Did Blue Bloods‘ Joe need to break his cover, in front of Tyce, in the course of shooting the goon who came after them in the motel room? What, do gun runners not carry sidearms, only cops?

3 | On The Blacklist, did it irk you that none of the characters could settle on a consistent pronunciation of Ivan Stepanov’s name?

4 | Shouldn’t The Rookie‘s Tim have flirted back a bit more/appeared overtly interested in the after-party “fun,” in order to sell Lucy’s cover? Also, just two (2) guards for the prison transport of a major drug lord? With no follow car??

5 | Have you been impressed with Legends of Tomorrow‘s alien special effects/costumes? And what are the odds that both Legends and Young Rock would have Dwayne Johnson as the president in the future?

6 | Who else’s jaw hit the floor when police shot Batwoman‘s Luke at the end of this week’s episode?

7 | How did Good Girls‘ Dean not see trouble coming from the skin care pyramid scheme? And be honest: Was anyone Team Stan during the verbal showdown between him and Beth?

8 | Warning, Mare of Easttown spoiler!!! What sound did your mouth make when Evan Peters’ fledgeling detective Colin’s head was abruptly blown off in Sunday’s episode?

9 | Which sitcom legend were you happiest to see in this week’s Pose: Jackée, Janet Hubert, or Anna Maria Horsford?

10 | The Neighborhood‘s Dave and Gemma are totally going to name Baby No. 2 after Calvin’s late father, right?

11 | After all these weeks of waiting for Black Lightning‘s Painkiller vs. Ishmael faceoff, didn’t the latter’s death feel anticlimactic? (Oh, and Ishmael was right. Painkiller totally cheated.) 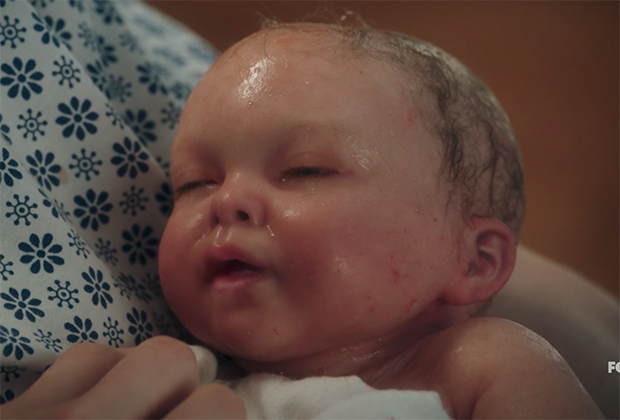 12 | Didn’t The Resident season finale feel a lot like a series finale? And to echo many a TVLine reader, did the episode need quite so many close-ups of what was obviously a fake baby?

13 | Is the ideological conflict between The Flash‘s Joe West and Kristin Kramer supposed to be the big “social justice” storyline that was teased ahead of the season?

14 | Is The Voice ensuring that every coach has a contestant in the finals akin to giving them each a participation trophy (lest someone get crankypants like Adam Levine was said to have)? 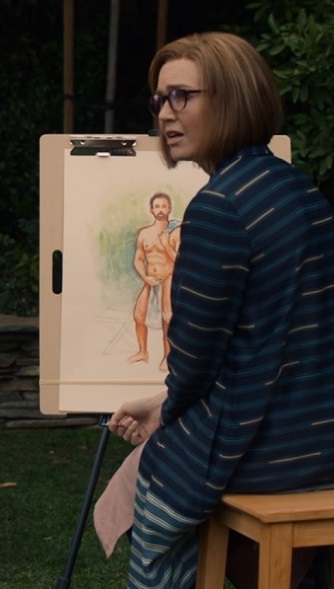 15 | On This Is Us, how is it possible that all of the bachelorette party attendees’ paintings of the nude model looked that good? And is it just us or does Rebecca’s painting look like Jack with his birthday towel? Also, there’s no way they’d make the nude model someone Madison used to date unless he was going to have a more significant role in this story… right? And which twist would be more shocking: If Kevin calls off his wedding to Madison (presumably to reunite with Sophie), or if he actually goes through with it?

16 | Iggy’s storyline on New Amsterdam and Dr. Charles’ on Chicago Med, with their respective obsessive therapy patients, sure are similar, aren’t they?

17 | Wasn’t it kind of fitting for Chicago Fire‘s Severide and Stella that he popped the question in the middle of a fire?

18 | It’s a quibble, but shouldn’t either Who Killed Sara?‘s Ela Velden or Litzy Balderas wear colored contacts? (They play the teen and adult Marifer, respectively, but Velden has blue eyes and Balderas has brown.) Also, Cesar sure loves shooting dudes in the head, huh? 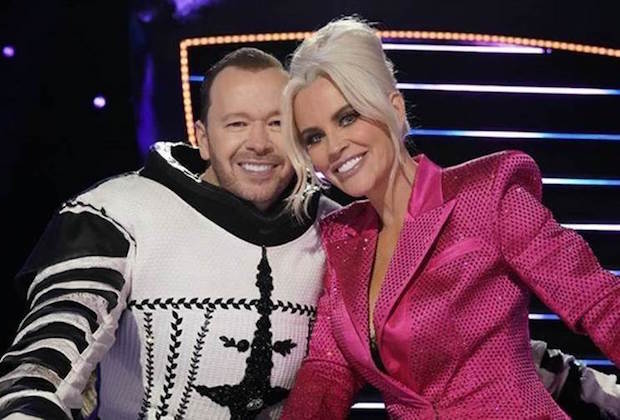 19 | Who had Season 5, Episode 12 for when Donnie Wahlberg would finally join his wife Jenny McCarthy on The Masked Singer?

20 | Can you believe that S.W.A.T. (in large part due to Michael Beach’s performance) flipped the script and actually made made you feel bad for Leroy? Also, can you believe that the stunt with the skidding semi straddling the sedan was legit and not digital trickery? 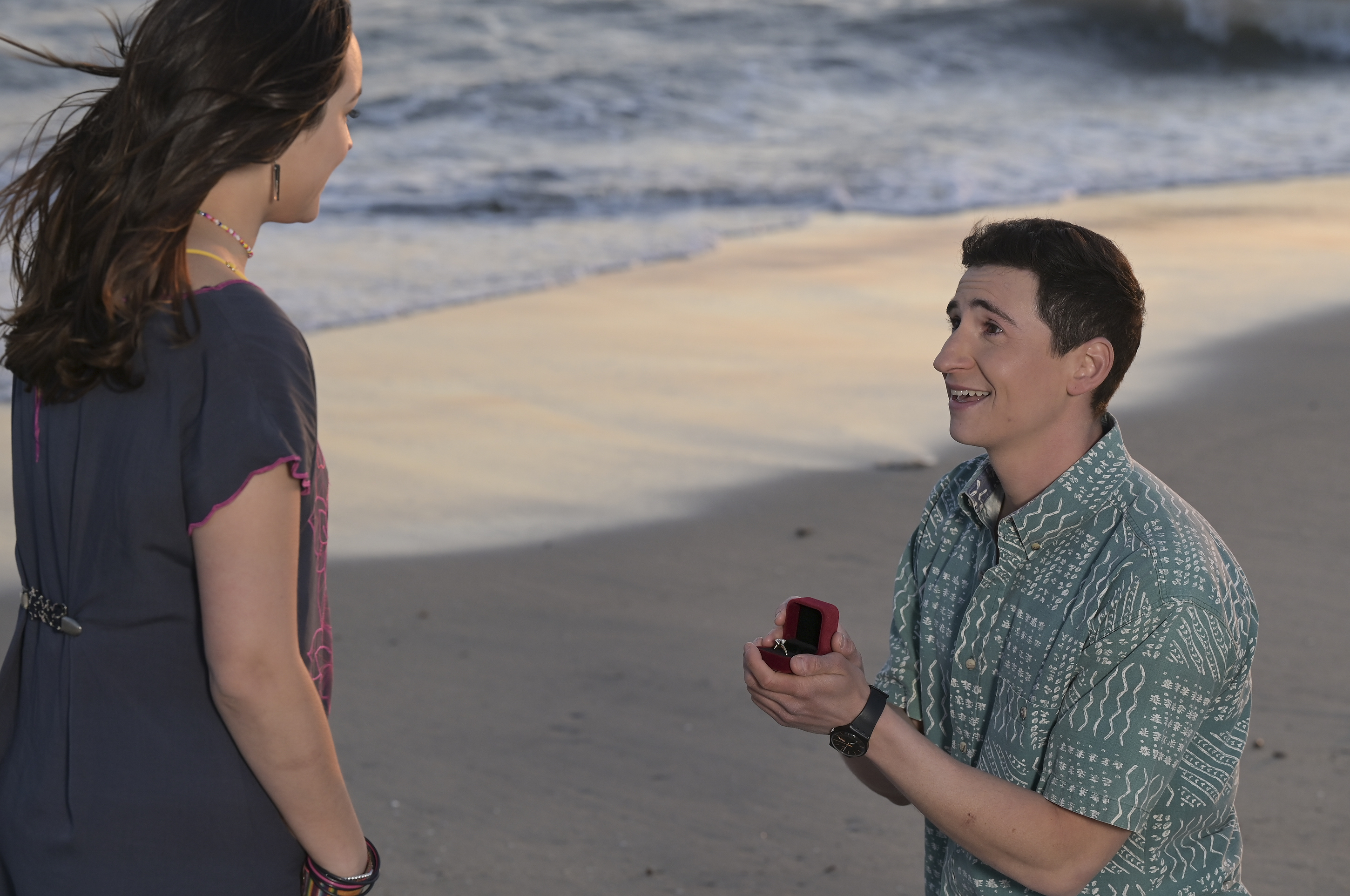 21 | Was it jarring to see The Goldbergs venture outside Sony Pictures Studios’ Culver City backlot and into the real world?

22 | On The Real Housewives of Beverly Hills, how terrible is Kathy Hilton’s eyesight that she legitimately mistook Garcelle Beauvais for Kyle Richards?

23 | Wasn’t it odd that not only did Bailey let Ben go under the knife on Station 19 without her by his side, she didn’t even check in on her husband during Grey’s?

24 | As several readers have wondered: Is Greg Germann leaving Grey’s Anatomy to be a part of the Ally McBeal revival? And wouldn’t Meredith have asked why DeLuca hadn’t visited her well before Bailey and Richard got around to telling her that he’d died?

25 | Are we the last ones to make the Andy Garcia > Ocean’s Eleven > Julia Roberts > Erin Brockovich > Rebel connection?

26 | Did you spend the majority of Last Man Standing‘s series finale assuming Mike’s truck hadn’t been stolen, but had actually been taken by his loved ones as part of some sort of surprise? And has anyone kept track of just how many references to Home Improvement, The Santa Clause and Toy Story the series made over the years? (We’re guessing the count would be… to infinity, and beyond.)