THE PERFORMANCES | Since the premiere of Showtime’s sublime Penny Dreadful offshoot, we’ve been impressed by the tag team of Zovatto, as Tiago Vega, the LAPD’s first Latinx detective, and Lane, as Lewis Michener, his seen-it-all partner. The former has brought to his role a mixture of determination and pain that’s made Tiago seem like a wound trying to will itself to scab over. And the latter has done the near-unthinkable, making us forget that we’re watching Nathan Lane to wholly invest in the hardboiled softy that he’s playing.

But the co-stars took it up a notch — and then, for good measure, several more — in Sunday’s fraught episode, in which Tiago revealed to his partner why he was so gung-ho to intimidate a murder confession out of Diego (Adan Rocha, a mesmerizing live wire): The real killer was his own kid brother.

Over the course of the tense interrogation negotiation, Zovatto transformed Tiago from, however reluctantly, cool and calculating to so desperate that he might’ve given us secondhand PTSD. The actor all but vibrated with despair and anxiety, often looking as likely to collapse as lash out. Lane, in turn, morphed Lewis from analytical bystander to shell-shocked confidant to, finally, the pragmatic manipulator that his young colleague simply didn’t have it in him to be.

In the episode’s most telling moment, the one that suggested that Vega and Michener had been bonded as deeply as any brothers, an expression of horror and relief crossed Zovatto’s face as Lane followed an epic monologue about how “poor folks will always be left with the s–t” with an argument for making a false confession that convinced Diego to take the fall. Neither detective could bring himself to look at the boy whose life they’d just, in effect, ended. We, however, couldn’t look away from their portrayers. 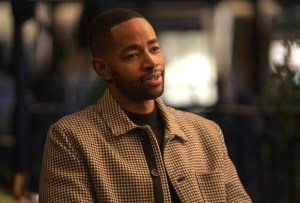 HONORABLE MENTION | Even though Insecure’s Lawrence had just been on the phone with his other ex in Sunday’s “Lowkey Happy,” we couldn’t blame Issa for wanting to stay the night. Not after the way Jay Ellis had spent the former lovers’ date laying bare his character, hard-won growth as plain to see as the question marks in his eyes. And it can’t be overstated just how natural Ellis and Issa Rae (only recently singled out) made their interaction feel. Even when the tension thickened, as Lawrence and Issa got real about her reasons for cheating, Ellis and his leading lady kept up a level of intimacy and familiarity that turned us into the kind of fly on the wall that wants to applaud when the scene is over. 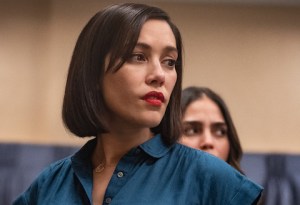 HONORABLE MENTION | What Mishel Prada did with the role of Emma over the course of Vida‘s (too-short!) three-season run was stunning, and what she did with the character of Emma in the series’ finale this week was a perfect high note for both the character and the actress who played her. In Season 1, Prada made Emma as steely and forbidding as possible, using everything from closed-off body language to withering glances to keep all of the other characters (including her sister, Lyn) far away. But the way Prada gently unfolded the character in Seasons 2 and 3 — culminating in how she was gorgeously open and awash in tears in the finale as Emma admitted that her sister broke her heart — was a masterclass in making small acting choices that led to a highly satisfying payoff. 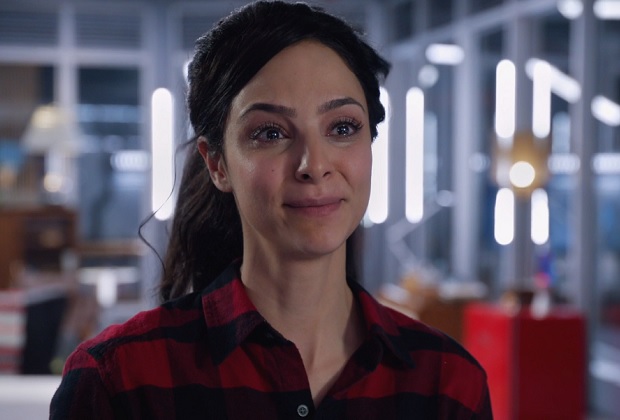 HONORABLE MENTION | Tala Ashe’s talent was obvious from the moment she joined Legends of Tomorrow back in Season 3. But as Ashe took on a double role in this week’s season finale, oftentimes playing opposite herself as both the hacktivist Zari and the wildly different but equally lovable influencer Zari, the actress proved that her range is even greater than we realized. One moment, Ashe was delivering perfectly-timed zingers as Zari 2.0, and the next, she was breaking hearts as Zari 1.0 tearfully said goodbye to her friends before going back into the air totem in order to save her brother’s life from the dueling timelines. Yes, the plot circumstances surrounding her two characters were trademark Legends craziness, but Ashe grounded every scene in very real emotion, which only made bidding adieu to the original Zari all the more difficult.