The Agents of S.H.I.E.L.D. find themselves in a city on the edge of forever when the Marvel series’ final season opens this Wednesday at 10/9c on ABC.

When last we tuned in (full recap here), the S.H.I.E.L.D. team (minus a purposely off-the-grid Fitz) had fled the present day — where Chronicom hunters plotted to occupy Earth/establish Chronyca-3 — and blinked through time via a suped-up Zephyr to arrive above a New York City where the Empire State Building was just finishing construction. Simmons then introduced Daisy and Mack to a “new” Coulson comprised of LMD and Chronicom tech.

How will those closest to Coulson react to his latest incarnation? And what other surprises does this trip through time have in store, as S.H.I.E.L.D. scrambles to stop Chronicom hunters from disrupting history? TVLine invited original cast member Chloe Bennet to tease what’s ahead. 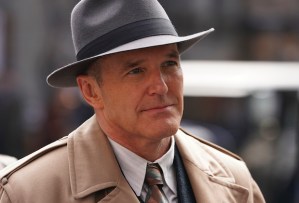 TVLINE | When last we tuned in, “LMD Coulson” had just been unveiled to Daisy and Mack. Has he been fully beta-tested, or is he a bit of a “work in progress”?
That’s a question for Simmons. [Chuckles] I wouldn’t even call him “LMD” — he’s more advanced than that — but he’ll be facing all of those classic existential “robot” questions, like, “Who am I? What am I?” And Clark [Gregg] does such a great job of toeing that line throughout the season. Obviously we have Coulson back, but it’s a little different, and that’s a fun thing to have throughout the season.

TVLINE | How would you describe Daisy’s reaction to him? Is it a bit measured, does she have concerns?
I think that at this point, because he’s died, like, 900 times, she’s just dope to have her buddy back, if that makes sense. Daisy was the one who pushed that button [in the finale to activate the new Coulson], so I think she has come to terms with him leaving and being gone. Now there’s just an excitement to have him back.

TVLINE | In their first scene of the premiere, though, it’s a lot for everyone to process.
It is. But like all things S.H.I.E.L.D., you kinda have to shake it off and keep moving forward to save the world. There’s not a lot of time to dwell on any relationship problems. That’s what makes it so great when we do get those kind of relationship moments, whether they’re platonic or romantic — there’s a lot of weight to them, because they’re rare. 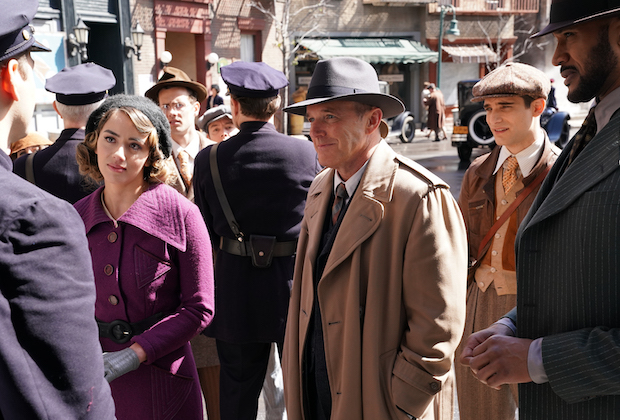 TVLINE | All told, how do the 1930s treat Daisy? And vice versa?
[Laughs] I think she loves it, because at heart, Skye and Daisy are very adventurous. It was kind of fun to play the ’30s a little bit more like Skye, in the sense that everything was new and she is getting to experience the excitement of being in a different time. And it was fun to put Daisy in such a “traditional” backdrop. She is such an alpha female, and that’s not something that necessarily does well in the ’30s. It was really fun to play those beats with the men of that time that don’t know that she’s from the future and a superhero and badass.

TVLINE | You tweeted that it’s actually easier to do fight scenes in a period dress than in your Quake costume.
Like, 98 percent easier. One-hundred percent easier, actually. At one point we go this black tie event, and there’s one specific, green outfit that was unbelievable, and I was like, “Oh my God, I can’t believe superheroes wear these tight, thick plastic outfits when I could be wearing a ballgown.” Fighting in a dress was much easier for me. But pantyhose, not so much!

TVLINE | There’s a passing moment in the premiere where as a black man in a nice suit, Mack feels he is being stared at. Is that thread picked up on further, the racial issues of the time, or is it a one-off?
It’s definitely something where, whether it’s sexist or racial issues, the show addresses it in true Marvel form. Meaning, we’re not going to turn a blind eye to the fact that that’s how it was and how different things are now.

TVLINE | How would you describe Daisy’s arc in these final 13 episodes?
If anything, this season she is a perfect hybrid of all the versions we have seen of her. I feel like I’ve played so many versions of her within the show, because each season was so, so different, whether it was aesthetically or what she was going through and how much pain…. It’s not Skye Season 1 where she’s learning about this world. It’s not Daisy Season 2, where she coming to terms with discovering her powers. It’s not Daisy Season 3, where she’s coming to terms with the responsibility of being a superhero. It’s not Season 5, where she’s coming to terms with the idea that Coulson might not always be there, and it’s not Season 6, where she was her finding her own self after someone so important to her was gone.

TVLINE | It’s almost as if the theme is, “Let’s have some fun saving the world this time.”
Yeah, I think she is super grounded in who she has become over the past six seasons, so there’s a little bit more room for playfulness. And I tried to bring more elements of Skye to her, going back to those roots. It was fun to bring that bit of lightness back, all while the stakes are very high. And it was exciting but sad to put on the Quake suit for the last time, to show up to work that last day. We were all going through stuff, Daisy and Chloe. 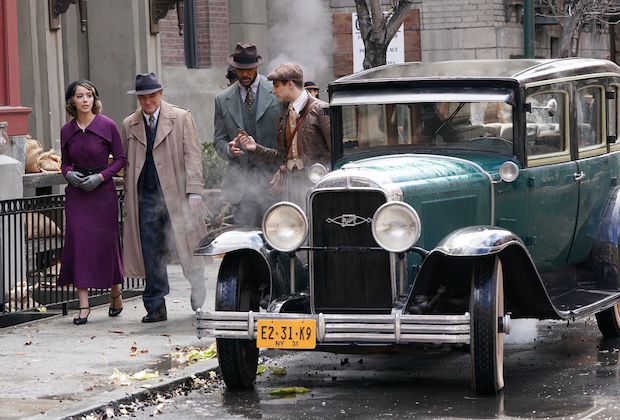 TVLINE | The premiere alone suggests this will literally be a lighter, brighter season, because we’re finally out of the dark grey space hallways.
You’re telling me! Every day we were literally in those hallways, and if a scene was two minutes long we were there for seven hours. [Laughs] It was really, really exciting for the cast and the crew to get out of the stages and get out of the grey space hallways, because it does affect your mood. You get to see all of the departments really do their thing and stretch themselves creatively, whether it was set dec or hair and makeup…. It was really, really fun to see everyone be excited by that newness.

TVLINE | Outside of Daisy, is there a storyline this season that you found particularly interesting?
I think the writers do a really good job of balancing out and giving everyone a satisfying ending, for the character, for the actor and, No. 1 obviously, for the fans. There are a few people that I think fans are going to be really excited to see. 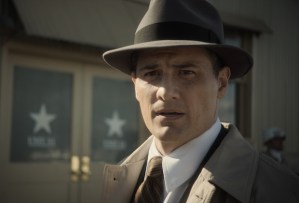 TVLINE | We know about Patton Oswalt returning, and Enver Gjokaj reprising his Agent Carter role. Might there be surprises beyond that?
Definitely. It’s a really rewarding season for the fans. It’s a love letter to them, really.

TVLINE | And the series finale itself, it delivers closure? We’ll feel like a complete story has been told?
Definitely. They do a beautiful job at giving every person on this show a fitting ending. They do a really good job… but I don’t want to give anything away!