Hawaii Five-0 showrunner Peter M. Lenkov breaks down the CBS series’ grand finale, clearing the air on McGarrett’s departure, discussing the goodbyes we did not get, and much more. (Note: The opening exchange repeats some quotes from our series finale preview, in case you feel any deja vu.)

TVLINE | In your mind, when did you first start planting the seeds for Steve’s decision? I saw you catching some flak on Twitter, but from where I sit you’ve been setting this up for at least a year, if not longer.
It’s amazing to me when somebody says this came out of the blue. I’ve been playing his post traumatic stress for years, and it plays as naturally as it does as if this where the real world, where it comes in and out in stressful situations. The restaurant was born out off the episode where—

TVLINE | When Steve was exposed to the radiation, right?
Yeah, where he had issues with that bomb. The restaurant was a distraction, a way for him to look at a possibility of retiring. It’s a popcorn show, it’s a pop culture sort of piece of entertainment, but I always try to ground everything with a real truth and honesty and motivation. There’s nobody that could do what he does without having problems sleeping at night. And he’s always had that issue. 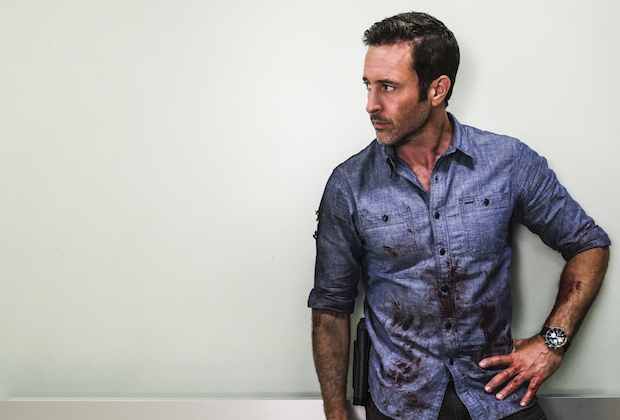 TVLINE | And that’s even without the father thing, and the Doris thing, and the Joe thing, and the Doris dying thing…. Add in all of that and it’s amazing this guy gets out of bed in the morning.
Yeah.  I was building to this end, because I always build to the possibility that perhaps the show is not coming back. There are some years I’ve known the show is coming back early, and there are some I don’t, and the years I don’t know I usually write an ending that could possibly be the end. This year, especially after losing his mother, I felt it’d be weird to end the season with everything sort of being normal for him. I wanted him to suffer a real trauma, where he just needs to get away, he needs to find some peace….

People are confused, “Why would he ever leave Danno?” He’s not leaving him. He’s going away to sort of clear his head, because he came to this island with such a trauma, and he’s been moving in one direction like a white shark ever since. He needs a moment to breathe, so the idea is that he will go away and then come back. And then if we were coming back for Season 11, he would at some point come back, and we may have done the first couple of episodes without him.

TVLINE | With Lance Gross filling the void.
Yeah, with Lance. [As Lincoln Cole,] Lance was the perfect sort of “broken toy” to compliment the team. 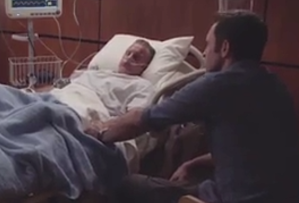 TVLINE | When Steve was at Danny’s bedside, holding his hand, I thought for sure we’d get a montage of their best moments. Was there no time, or is that too cliche?
That works so much better at the end [of an episode] because it would have stomped down the stakes and everything. But it’s a good idea! Maybe when I go back and recut it for my own enjoyment.

Honestly, I just felt like the end should be something that really defines their relationship and how much they genuinely are there for each other, and how far they’ve come, because if you remember, Danny hated him in the pilot. In fact, they hated each other, yet at the end he’s by his bedside holding his hand in a “God, take me, not him” kind of way. It felt like a great bookend in terms of how far their relationship has come.

TVLINE | I wanted to talk about the characters we didn’t see one more time. Kamekona and Duke, for example, was there just no time?
No time. Again, I wrote the episode thinking that there was the possibility of a Season 11, and when I went back [to make tweaks] there was no time. Everybody that’s ever been on the show, that’s played in more than one episode, has really been family to him, to the character, so I’d love to put everybody in. It’s just a matter of filling only 43 minutes. I have 12 minutes of that show that are not in there that are on the cutting room floor.

TVLINE | And characters like Chin Ho and Kono (played by former cast members Daniel Dae Kim and Grace Park)…. It’s probably difficult to even put your hand on that doorknob and try to open that door.
If I would have brought those characters back, I feel like they needed more time on-screen. I couldn’t just put them in for a moment at the end. They deserved more. 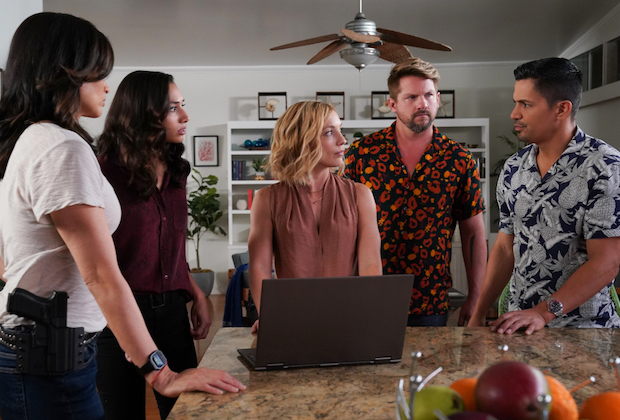 TVLINE | Obviously any remaining Five-0 characters could continue to show up on Magnum P.I. How high should fans aim, in hoping for that? Will it always be a Kamekona or Noelani, or could it be Quinn visiting Rick?
Sure, yeah! I’d love that. I would love that. Here’s the thing — I’m going to write to that and hope there’s an availability, because I’d like to keep that universe feeling like it’s alive. I’m going to always reference Five-0 existing on the periphery of the Magnum storyliettling. Five 0 isn’t disbanding, it’s going to always exist, so hopefully a character can show up every now and then.

TVLINE | Along those same lines, and I know you have joked/maybe not joked about this on Twitter: Could there be a third iteration of Five-0 down the line?
Well, we were joking around…. Even the network said, “Hey who knows — we could always bring it back sometime down the road.” That sounds fun and everything, and I do think think it’s a possibility. Anything is possible now, especially with streaming…. Who knows, it could be an event series, it could be anything, there’s always that possibility. I’m going to hold out hope.

TVLINE | Are there any Easter eggs or callbacks viewers might not have picked up on in the series finale?
I’m hoping that people understand what was in that Champ box was that the father realized or suspected that his wife was alive, and that’s what he was investigating. The idea that he knew is kind of sad, but he was hoping to hand the baton off to his son as a sort of “Your mother’s out there somewhere, find her” mission. That’s what that mystery was all this time.

TVLINE | Do you have a message for the fans, before we go?
I know it sounds cliche, but I can’t believe that they stuck with us for so long, because their viewership is the reason we got 10 years, We got 10 years because people were very passionate about this show, and I cannot be more grateful. I stay in touch with [original Hawaii Five-O creator] Leonard Freeman”s daughter’s, and I was actually exchanging emails with one this morning, saying that I am certain I will never have as good an experience as I had on this show, in terms of the fandom, in terms of the cast, the location…. Everything sort of came together in such a magical way, and I’m certain that I’ll never have that experience again.