The following contains major spoilers from the series finale of CBS’ Hawaii Five-0.

Before CBS’ Hawaii Five-0 entirely wrapped up its 10-season run on Friday night, it had one last little surprise to spring on viewers.

Concluding an action-packed, emotions-filled hour in which McGarrett thwarted Daiyu Mei’s pursuit of revenge for the death of her husband Wo Fat, Five-0’s team leader followed through on his need/want to get away from the islands for a stretch, to find some long-elusive peace. But as he sat on a plane, awaiting take-off, a very familiar face asked if the seat next to him was free.

“That was you? You cracked the cipher?” he asked.

“Mmm-hmm. Lincoln got a hold of me, said you guys needed some help. So….”

“He must be,” Catherine nodded. “You gave him the keys to Danno’s car!”

“Well, I mean, we can’t have Danny Williams driving his own car.”

Catherine then sat down next to Steve. After a weighty few seconds, she turned to ask: “You ready?”

“Yeah,” Steve answered, as he reached to hold Catherine’s hand, and the two traded warm smiles before the plane started to taxi. 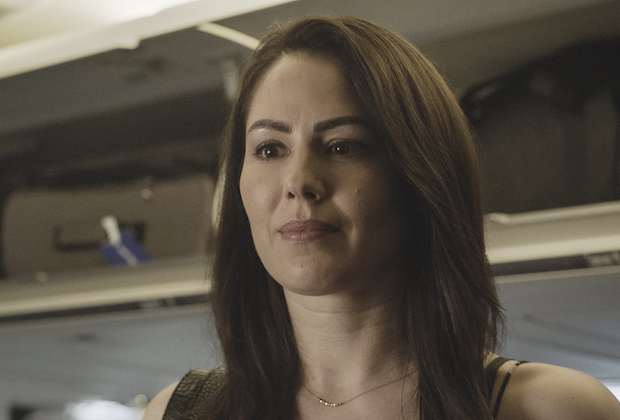 TVLine asked Five-0 showrunner Peter M. Lenkov about the decision to bring back, one last time, Michelle Borth, who was a series regular for Seasons 3 and 4 and has popped up now again in the years since — most recently in the January 2019 episode in which McGarrett assembled an Expendables-esque team to avenge Joe White’s death. (Meanwhile, our main post mortem with Lenkov can be found here.)

TVLINE | Talk about the decision to have Catherine show up at the end, because obviously you could have gone two ways on that.
Yeah, I could have listened to the fans and not brought her back! [Laughs] Look, here’s the thing: I know the characters best, in my opinion. I know people will say “Well, I watched the show for 248 hours, I know them.” But I write them, so I know them pretty well. And I fell that Catherine, like a good soldier, has always put God and country and her duty first and foremost, and there were decisions she had to make which were hard decisions that affected people that she loved, that have always come because of her soldier-first mentality. But I’ve always felt that she loved him. And I’ve always felt that there was something pulling her away that was not of her own control. I felt that his happiness has always been by her side. 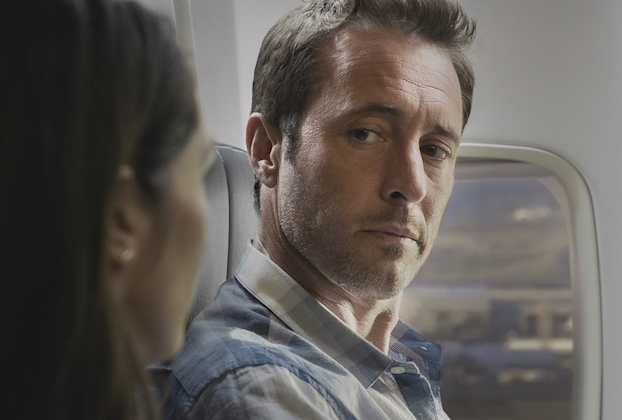 There’s a little moment at the end, if you watch, where he turns in profile and he smiles. And it’s the first time that you’ve really seen this man smile in a long time. Now, he smiles at jokes, but smiling at feeling good about the future is a different thing. I think that he could go off, find his peace, come back and end up in that chair [on the beach] with Danny, but maybe end up with a family, end up with other things that could complete him. Sitting in that chair with Danny is a great way to sort of end their own journey together, but I think he’s got to be fulfilled in other ways. This is a guy that’s always seen Danny be a great father, so I’d like him to be a great father. I’d like McGarrett to have grandkids, I’d like to see him have a fuller life.

TVLINE | In your mind, where was their flight heading?
I never thought about it. I thought that the idea that the show started with him landing on the island, ended with him leaving the island, would be the right thing. And again, he’s not leaving forever! He’s just leaving to find some peace. But [contrary to Danny’s suggestion in the episode prior], he’s not going to New Jersey, I’ll tell you that! [Laughs]