Hawaii Five-0 showrunner Peter M. Lenkov says he often planned out his season finales as if they might need to end the series as well, the TV business being unpredictable as it is. That prudence paid off this time around, as Friday’s Season 10 finale will bring the CBS reboot’s run to a thrilling, highly emotional close.

“I thought we had a chance of maybe going another season — every season, I thought for some reason the show would end — but I think the network just thought it was a good time” to wrap things up, Lenkov shared during an in-depth conversation with TVLine. “There are so many different things that factor into this — economics, everything — and I think they felt it was the right time.”

In total viewers (a preferred measure for “America’s Most Watched Network”), Five-0 ranks fourth among all current CBS dramas in Live+Same Day tallies, and only slightly lower when DVR playback is folded in. In the 18-49 demo, the procedural places seventh. Invited to elaborate on the network’s decision to end the reboot, a CBS rep referred TVLine to the statements issued by network president Kelly Kahl and CBS Television Studios chief David Stapf. 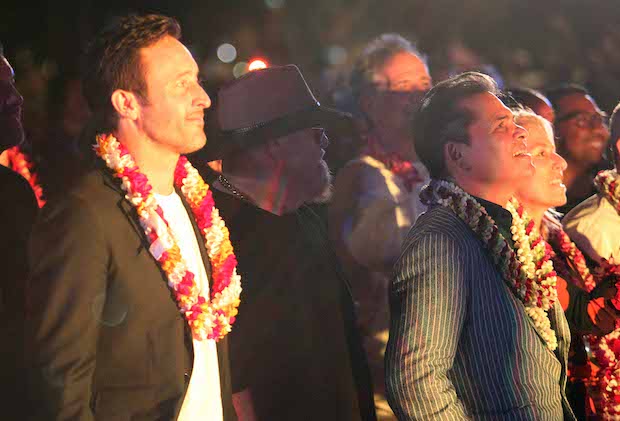 Peter M. Lenkov (right) with Alex O’Loughlin at the 2019 Sunset on the Beach event

When Five-0‘s end was officially announced in late February, that talk was that series lead Alex O’Loughlin — who for years has suggested that the wear-and-tear of fronting the high-octane drama would force him to turn in his proverbial badge — had finally decided enough was enough. Lenkov, however, isn’t so sure that AOL was definitely, irreversibly done.

“I believe Alex wanted this to be his last year,” Lenkov acknowledges. “He didn’t have a contract… but he didn’t have one last year either, and a deal was made to extend one year at the last minute, right before Upfronts [in May 2019]. If the studio had wanted to bring back the show for Season 11, I have to believe they would have tried to get Alex to stay. But it’s now moot.”

Lenkov likewise questions the presumption that fellow original cast member Scott Caan had declared himself dunzo if O’Loughlin was in fact on the way out (as the occasional TVLine commenter has claimed). “Usually, actors say they’re done when they’re up for contract renegotiations, so I think that he may have said that somewhere around Season 7…?” the EP posits, when presented with the fan theory. “I truly believe that a lot of times, those conversations are really there to get the network, the studio, to pony up.”

Regardless of why Five-0 was ending or who would have been around for a hypothetical Season 11, Lenkov had a season finale to finesse into a series ender. Luckily, an ongoing arc — set in motion more than a year ago by mentor Joe White’s death, and exacerbated by Doris’ murder earlier this season — has indicated that “something has changed” for Steve McGarrett. And that to cope with that change, he may need to bid Hawaii, and his Five-0 ohana, adieu. Such a scenario was very pointedly  proposed in this season’s penultimate episode, sparking some fans to cry foul on social media. “McGarrett would never bail on his team!!!” and all that jazz. 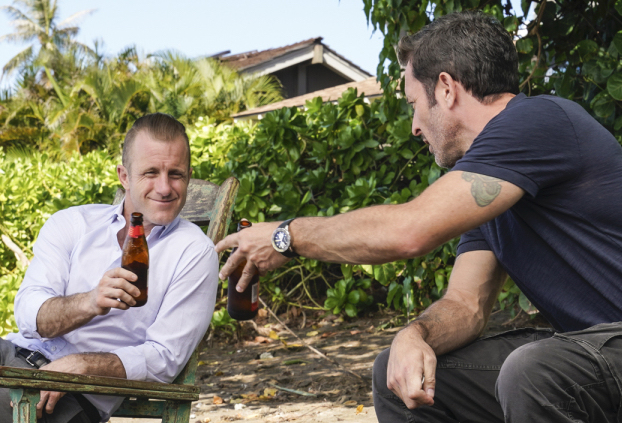 “It’s amazing to me when somebody says this came out of the blue,” Lenkov marvels. “I’ve been playing [McGarrett’s] post traumatic stress for years, and it plays as naturally as it does as if this were the real world, where it comes in and out in stressful situations.” Lenkov offers as one example the Season 8 arc in which “McDanno” aimed to open a restaurant, which came on the heels of Steve being dangerously exposed the radiation of a bomb in the Season 7 finale. “The restaurant was a distraction, a way for him to look at a possibility of retiring,” he notes. “This is a popcorn show, but I always try to ground everything with a real truth and honesty and motivation. There’s nobody that could do what he does without having problems sleeping at night. And he’s always had that issue.”

Will McGarrett wind up actually putting the Aloha State in his rear view mirror? Did Lenkov tweak things at the last minute so that Steve decided to stay put, knowing Five-0 will always have his six? Or is an altogether different outcome on tap? The very final, series-ending scene has effectively been classified Top Secret, so… no spoilers here.

What Lenkov is willing to reveal is what was important to him to include in this grand finale. For one, there is what he calls “my Pearl Harbor scene,” in which we flash back, via new scenes featuring Mark Dacascos’ Wo Fat and James Marsters’ Victor Hesse, to the planning of the Anton Hesse extraction that was central to the series’ pilot. “That scene has been in my head for 10 years — the planning of that, and the execution of that. It was really important for me to see that scene,” he says. “Now, the guys are 10 years older, so hopefully it plays well!” Lenkov also “wanted to know what was in that Champ box” that John McGarrett, who is also back in new scenes featuring William Sadler, left behind for his son.

All told, Friday’s series finale — which is unsurprisingly titled “Aloha” — “checks every box with regards to what this show has always been about, which is family, which is about a connection between these people,” Lenkov avows. “It’s got big action, it’s got some big surprises and twists, but most of all the thing is really rooted in heart, which has been a big ingredient that has played in this show since the beginning.”

Are you ready to say aloha to H50 on Friday?