One Day at a Time kicks off its inaugural season on Pop TV by taking a swipe at Netflix, which aired the first three seasons of the sitcom before cancelling it.

TVLine has screened the Season 4 premiere (airing Tuesday, March 24, at 9:30/8:30c), and without repurposing the exact dialogue, we can confirm that the conversation that opens the episode — an exchange between Penelope and Alex about what to watch on family movie night — culminates in a dig at Netflix.

The joke, of course, is in a cheeky response to Netflix’s decision last March to cancel the Latinx reboot after three seasons, before Pop TV swooped in and renewed it for a 13-episode Season 4.

The first episode back, titled “Checking Boxes,” begins with a visit from special guest star Ray Romano, who plays census taker Brian. His arrival prompts the Alvarez family to “reflect on their relationships, and what else the future may, or may not, have in store.” (It also gives ODAAT a clever way to inform new viewers about who each character is in relation to one another, for those who haven’t gone back and binge-watched the first three seasons on Netflix.)

One Day at a Time Season 4 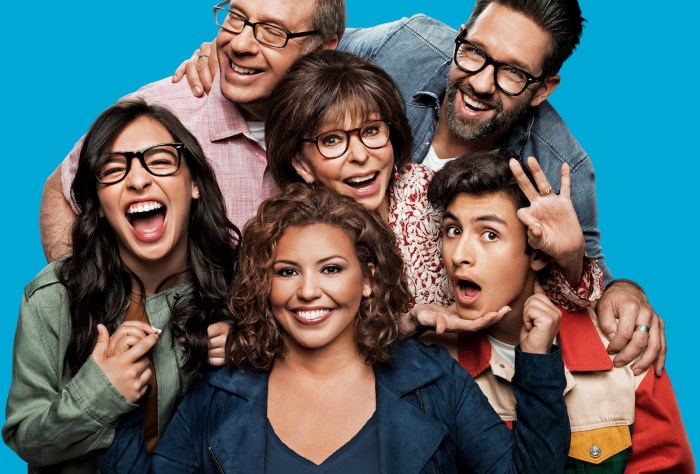 In the following episode, titled “Penny Pinching,” “Penelope realizes she needs to change her relationship to money and do the unthinkable: buy something new,” according to the official description. Meanwhile, “Elena struggles to make it to an important e-sports match.”

As for what the rest of Season 4 beholds, Pop TV has released the following preview synopsis:

This season will find Penelope exploring a surprising relationship, her mother Lydia experiencing a religious crisis (as well as revealing the details of her surprise trip to Cuba with Dr. Berkowitz), and Schneider finding his relationship with Avery growing deeper. Meanwhile, Elena begins to prepare for college and Alex starts to date.

New episodes of One Day at a Time will clock in at just over 21 minutes, to allow for the commercial breaks necessitated by its move to basic cable. (That is down roughly 7-10 minutes from its average episode runtime on Netflix.) The show has also done away with its extended title sequence — though a truncated version of Gloria Estefan’s infectious take on “This Is It” plays over a new opening title card.

Scroll through the attached gallery to get a glimpse of ODAAT‘s first two episodes back, then hit the comments with your hopes for Season 4.