Ray Romano is returning to his sitcom roots: The actor will guest-star on the Season 4 premiere of One Day at a Time, reuniting him with Everybody Loves Raymond executive producer (and Men of a Certain Age co-creator) Mike Royce.

Romano is set to play Brian, “a 2020 U.S. Census taker who comes to the Alvarez household to interview the family,” according to the official character description. The casting announcement comes one day ahead of the ex-Netflix comedy’s first live taping since getting rescued by Pop TV.

As previously reported, One Day at a Time Season 4 kicks off on Tuesday, March 24, at 9:30/8:30c, following an all-new episode of Schitt’s Creek. Then, beginning April 14, ODAAT will move to 9 pm, after Schitt’s Creek has finished airing its sixth and final season.

Scroll down for an additional photo of Romano at the ODAAT table read, then hit the comments and tell us if you’re looking forward to his guest spot. 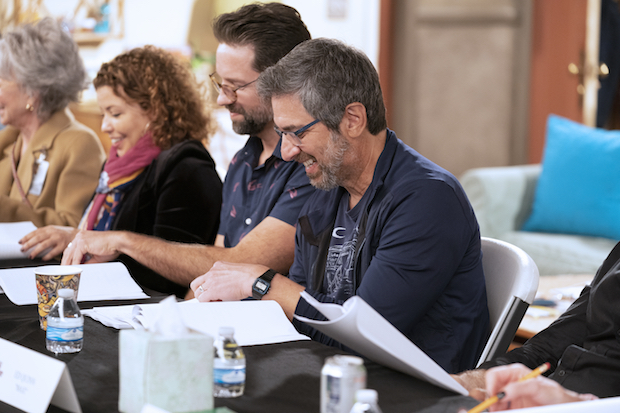