Will the Five-0/Magnum crossover set sail a new ‘ship? What will The Magicians‘ Julia do with her discovery? Which BAU vets are clashing on Criminal Minds? Read on for answers to those questions plus teases from other shows.

Since your article on Hawaii Five-0‘s Adam got me worried, how about an uplifting or heartwarming spoiler? Maybe something to do with Quinn or Eddie? They both guarantee a smile. –Belle
I choose the former, and hereby christen the ‘ship name… Quick. “Katrina [Law] and Zach [Knighton] are great together” in the two-part Five-0/Magnum P.I. crossover airing Jan. 3, show(s)runner Peter M. Lenkov told me. “They have a bit of chemistry. After filming, they both said, ‘Hey, is this going to go anywhere…?’ Because it was a lot of fun.”

Any scoop on Hawaii Five-0’s Danny? –Rachel
I weep for your Five-0 namesake, Rachel, because in an upcoming episode, Danny will meet “the woman of his dreams” (played by The Haunting of Hill House‘s Kate Siegel) — though it turns into a nightmare when they get into an awful car accident that very night.

Any juicy news on Magnum P.I.’s Juliet Higgins? –Emilie
In an upcoming (!) episode, Higgins and Magnum “go undercover on a ‘couples only’ Valentine’s Day tour, which is a very popular thing on the island, where you go to all the romantic spots,” says Lenkov. And in doing so, “They work out a lot of their relationship issues that they’ve had with other people.” BONUS SCOOP: Higgins is Five-0‘s “unlikely person.”

I’m so looking forward to the upcoming season of The Magicians (premiering Jan. 15 on Syfy)! Any scoop on what is planned for Julia? –James
“Julia knows why she is able to do magic again– it’s because the pain of losing her best friend was so deep that it transformed her,” says showrunner Sera Gamble. “Now she’s left trying to figure out what she can do with it that would properly honor Quentin. And that’s what we find her wrestling with at the start of the new season. She’s also negotiating her romantic connection with Penny 23; now that they’ve been together for a bit, they’re having to ask themselves some hard questions about what they want out of a relationship.”

When is Bull‘s baby due? –Tulsa
“Predicting the exact date of any baby’s birth is always tricky…,” says showrunner Glenn Gordon Caron. “But if I were a betting man, I’d say either late January or early February. But don’t tell anyone you heard it from me.” 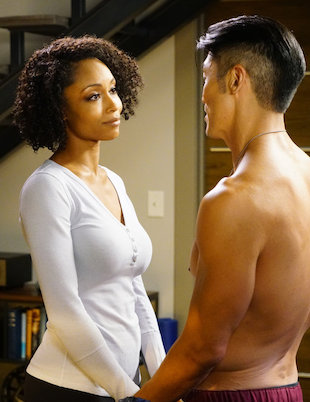 Will Chicago Med’s April tell Ethan about her kissing Marcel and the infertility issues that occurred in the fall finale, when he returns from deployment? –Laurel
I delivered your Q to co-showrunners Diane Frolov and Andrew Schneider, and they wrote back, “Yes, April will tell Ethan — but not necessarily in Episode 510” aka the midseason premiere (airing Jan. 8).

Any Criminal Minds scoop to share? –Diane
I just cued up the final season premiere (airing Jan. 8), which picks up several months after the finale, and things have become a bit prickly between Prentiss and Rossi, the latter of whom has been fixated on Everett Lynch aka “The Chameleon” — to a point that he is due for a talking-to. I can also say that the premiere ends with a legit “Oh s–t!” moment that will have you relieved that the second episode airs right after.

Any scoop on Black Lightning after Crisis? –Nick
Wayne Brady told our Kim Roots of his upcoming arc as Tyson “Gravedigger” Sykes, “In 20 years on TV, this is the coolest character that I’ve been allowed to play,” describing the CW series’ take on the DC Comics character as “basically the black Captain America. He received his powers in very much the same way … but under duress and under very different circumstances.” Gravedigger, of course, arrives with an agenda that will pit him against both Black Lightning and the ASA. “He’s being called a villain,” notes Brady, “but ‘villain’ is in the eye of the beholder.”

I don’t see In the Dark on The CW’s midseason premiere dates. Do you have any scoop on if/when we will see Season 2?  It was one of my favorite shows last year. –Andrea
I am reminded that The CW has not announced all midseason dates, but you can expect to see In the Dark again in the spring. 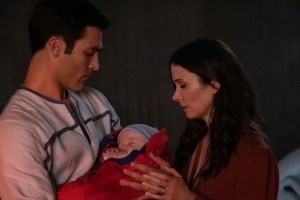 Is there anything to tease for the final two parts of “Crisis on Infinite Earths”? —Jesse
Arrowverse EP Marc Guggenheim says that à la Clark and Lois sending baby Jonathan off to safety in a pod — which purposely echoed a scene from the comic books involving a wee Alexander Luthor — “There’s an image in [Part] 4 that’s meant to be evocative of a moment in ‘Crisis'” and “a bunch of big [nods] in Part 5.”

Info on SEAL Team, please! –Pat
Neil Brown Jr., who plays Ray, told me that whereas the last stretch of episodes was “great,” “[Episodes] 11, 12, and 13 (kicking off Feb. 26) just took my breath away. I think they’re the most exciting episodes we’ve possibly ever done. I don’t even know if people are ready for how crazy they are. There are some big revelations.” 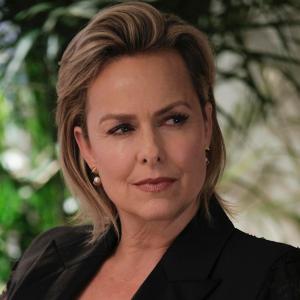 Anything on The Bold Type — Jacqueline Carlyle, in particular? –Tati
I am told that when the Freeform series returns on Jan. 23, the change in Jacqueline’s employment status at Scarlet will lead her to realize her marriage isn’t as strong as she had thought it was. In turn, she will cross paths with someone from her past that will give her clarity about what she wants out of life.

Any news about Ginny Goodwin and Josh Dallas doing something together?  –Shelly
Well, we know that Ginny is a Manifest superfan and as such is game to guest on the husband’s NBC series. Now we know that Josh is all for it, as well. “She was a bit busy this year [with When Women Kill and Dolly Parton’s Heartstrings], so maybe in Season 3 we can find a place for her,” he told us of his “favorite scene partner.” As for how his better half could fit into the NBC drama, he’d love to see her play a “badass,” such as “another passenger that we haven’t met, so she can share in the callings. Or maybe she is working for the government and against us?”

Will the Green Arrow and the Canaries spinoff be set in the future or in present time? –Aleana
Arrow producer Marc Guggenheim recently tweeted the interesting answer to that — one of the precious few things we know about the prospective offshoot whose planted pilot airs Jan. 21.

Real questions from real people get real answers! If you want the Inside Line on a favorite show, email InsideLine@tvline.com! Remember, questions left in Comments will not be read and may count against your final score.