Question: Any early scoop on The Good Fight Season 4 you could share with us? —Ingmar
Ausiello: It appears Audra MacDonald’s Liz will once again be dipping her pen in Reddick, Boseman & Lockhart ink when, come Season 4, she takes a shine to a hot, articulate and charming attorney who is being cast as we speak. This new character also has a military background so I think we can safely add “ripped to within an inch of his life” to his list of attributes. 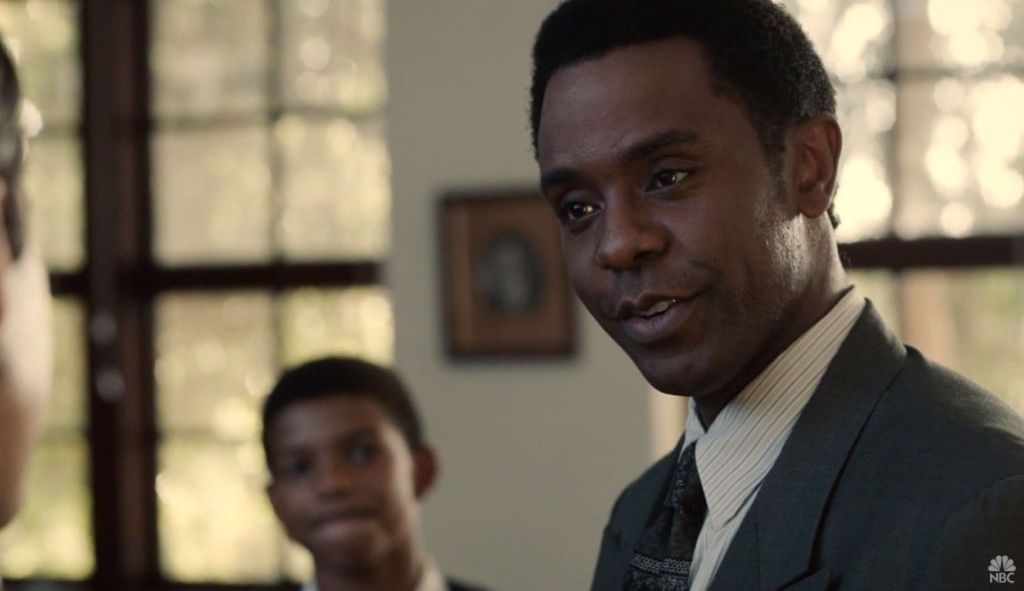 Question: Got any This Is Us scoop? —Christie
Ausiello: Now that Deja’s birth mom, Shauna, is doing much better — like we saw in the Thanksgiving episode — there’s a chance she’ll have a greater role in her daughter’s life. “Now that she’s in a good place, if Deja wants to see more of her, Beth and Randall are going to have to allow that and find a way to strike this balance,” co-showrunner Isaac Aptaker says. “We’re always looking for more ways to tell stories about Deja’s relationship with her biological mother.” In other This Is Us casting news, series creator Dan Fogelman tells me that although there are no current plans to have Young Randall’s favorite teacher Mr. Lawrence reconnect with Adult Randall in the series’ present-day storyline, he points out that he and his fellow EPs have become big fans of his portrayer, Brandon Scott, so… never say never!

Question: Any idea when NBC is going to bring back The Wall? It was my guilty pleasure! —Caroline
Ausiello: As I noted in my recent renewal/cancellation intel roundup, the Chris Hardwick-hosted game show has been conspicuously missing from NBC’s lineup since the Peacock abruptly and inexplicably pulled it from the schedule over the summer just weeks before it was set to return. An NBC insider maintains that the show — which has a bunch of episodes in the can — will return at some point in 2020. I, meanwhile, maintain that I’m not holding my breath.

Question: How will the Manifest characters deal with the news that Ben, Cal and Michaela might only have until June 2, 2024 to live? —Christy
Ausiello: Josh Dallas tells us that Ben, for one, “is going to accept the idea, and he’s going to start making preparations for his death date, for his family that’s going to be left. And that’s going to create a really great emotional richness to the story, but he’s not going to fully accept it.” What’s more, by Episode 7 of Season 2 (which launches Jan. 6), “Something very major happens within the mythology… that takes Ben’s way of thinking and shifts it,” Dallas adds.

Question: Any update on Hawaii Five-0′s Tani and Junes would be greatly appreciated! —Trenton
Ausiello: We are hearing that in the coming months, “an unlikely person” will be helping these two crazy kids possibly (possibly!) take the next steps toward finally (finally!) seeing what is right in front of them/us/the whole world. 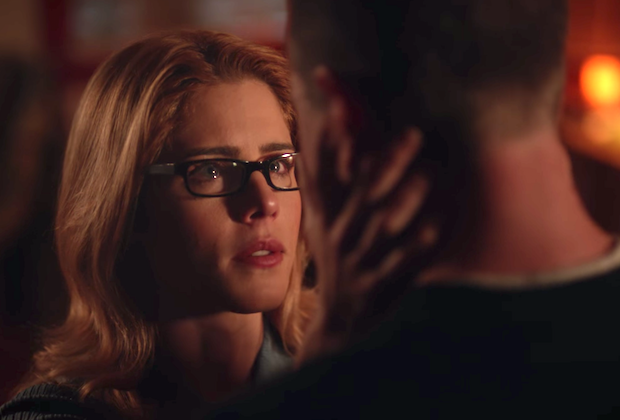 Question: I’m a diehard Arrow fan! Do you have any scoop on what’s left of the final season? –Brooke
Ausiello: Katherine McNamara told Matt Mitovich that having Emily Bett Rickards’ Felicity return for the series finale was “so critical” for the storyline. “It was just lovely to have her back on set,” she also said of her TV mom. “It made even the social aspect of wrapping the show mean so much more because she is so much of what Arrow is and I love Emily to death…. I’m so glad it worked out.”

Question: I’m obsessed with Evil. Will take anything you can tell me. —Janna
Ausiello: The Dec. 5 episode will mark Renée Elise Goldsberry’s debut as Renée, sister of David’s long-lost love, Julia. The pair definitely know each other well, Mike Colter tells us. “There’s a long history there. It’s a nice reunion,” he says. “It’s been a while since they’ve seen each other, but [there are] a lot of things they need to talk about.” Unfortunately, one of those things is his getting sued by a former exorcism subject, which causes him to question his path. And what’s more, “It gets rougher,” Colter previews ominously, adding that the hour is “a prelude to more to come.”

Question: While we’re waiting for Power to come back, got anything on the spinoff? —Inez
Ausiello: I hope you were paying attention to that scene between Ghost and his uncle in the midseason finale, because it’s likely to have some bearing on Power Book II: Ghost. And now I’ve said too much…

Question: How soon will New Amsterdam‘s Max find out Helen gave up half of her department for him? —Fowsia
Ausiello: We delivered your Q to showrunner David Schulner, and here’s what he wrote back: “While I can’t tell you when or how Max finds out Sharpe gave up half her department for him — would you really want me to? — I can tell you that he does find out. We were actually talking about that very moment today in the writer’s room. The next card is still blank so, anything could happen!” (He then invited fans to tweet ideas/wishes to @NAWritersroom, provided you “try to keep them appropriate for broadcast television.”)

Question: Will Casey be searching for his own place to live soon on Chicago Fire? Or will he and Severide continue to be roomies? —Beth
Ausiello: Showrunner Derek Haas will only confirm that there will be “some new living arrangements for various characters” when the show returns on Jan. 8. 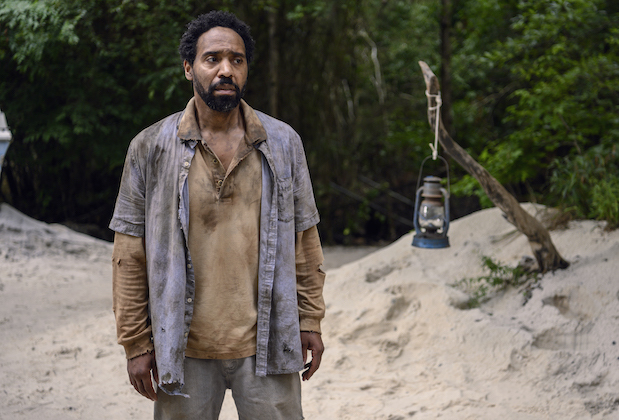 Question: Got anything on Walking Dead’s midseason finale? — Pete
Ausiello: Thanks to AMC’s promos for Sunday’s “The World Before”, you already know that the episode introduces The Leftovers’ Kevin Carroll as Virgil. But what you couldn’t know is that it also features tender moments between Carol and both Daryl and Ezekiel, sets in motion the Whisperers War in earnest, and includes the kind of killer twist that is part and parcel of a midseason finale.

Question: Any scoop on The Blacklist? Specifically, if the second memory manipulation will be addressed in Season 7? —Jen
Ausiello: EP Jon Bokenkamp tells us, “The short answer is ‘yes’. We are going to be doing an episode that dives into memory extraction and manipulation, but [it will not be] about Liz’s memories. This time we’re doing something entirely new, and these memories are going to give us a fresh perspective on the events we’ve already seen. Buckle up.”

Question: It seems everyone on The Blacklist — Red, Liz, Aram and Cooper—- got a big episode early in the season. When can we expect a Ressler episode? —Daisy
Ausiello: Bokenkamp promises that he has “not overlooked Ressler,” adding, “It’s safe to say, Ressler might be sitting on a little secret of his own, and we’ll be digging that up in the back half of this season.”

Question: Any Million Little Things scoop involving Delilah? — Maria
Ausiello: This isn’t necessarily about Delilah, but I will say that someone has a phone conversation near the end of tonight’s fall finale that might seriously make you question whether you know the character at all.

Question: How about some super-secret Watchmen intel? —Alan
Ausiello: TVLine’s Watchmen CEO Kim Roots tells me that this Sunday’s episode is mesmerizing (and she says when you watch it you will know whether that’s a good or bad thing.) BTW, just when I thought I couldn’t be more into Watchmen, Damon Lindelof goes and introduces a character played by Paula Malcomson?! This show is too good for me. 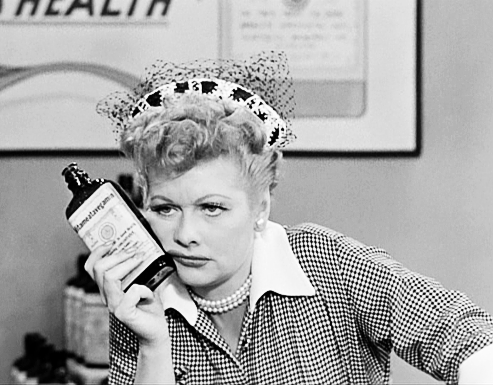 ♦ Will & Grace: Before calling it quits next spring, the NBC comedy will pay homage to “I Love Lucy” by recreating the classic episode “Lucy Does a TV Commercial.”
♦ Dynasty: An ex of Liam’s is heading back to town and she (OF COURSE) has a surprise for him.
♦ HTGAWM: Among other things, tonight’s eventful Season 6 fall finale (ABC, 10/9c) features an eyebrow-raising piece of news about Tegan Price.
♦ Chicago PD: A pregnant Burgess is going to face a conundrum at work. “There’s a line in an upcoming episode [where she says], ‘As soon as I tell Voight [I’m pregnant], I’ll be placed on desk duty,'” her portrayer Marina Squerciati teases. “I think she wants to hide [the pregnancy] for as long as possible.” However, a few of her colleagues will soon discover the big news, starting with one of her closest pals — Atwater! “He is the next one to find out,” Squerciati reveals. “But the fact that she doesn’t confide in anyone really hones in on the fact that Burgess is really just kind of [in a place of] willful ignorance. She doesn’t want to think about it right now.”
♦ Revenge: As we reported, ABC’s in-the-works sequel series will feature the return of an original, fan favorite character whose name has not been officially announced but who many of you are speculating is this individual. All I’ll say is that’s a very, very, very good guess.