We’ve got questions, and you’ve (maybe) got answers! With another week of TV gone by, we’re lobbing queries left and right about shows including American Vandal, Elementary, The Sinner and American Horror Story: Apocalypse!

1 | Is Season 2 of American Vandal — which (spoiler alert?) features characters trying to preserve their secrets by obeying the menacing commands of an unseen adversary, who then disregards their obedience and exposes them anyway — just a longer version of Black Mirror‘s “Shut Up and Dance”? But with, you know, more poop?

3 | If YOU‘s Beck turns around at the wrong time and spots Joe right behind her at a bar, or behind the tree outside her apartment, the show’s over, right? Also, can someone check our math here: Emily VanCamp + Shantel VanSanten = Elizabeth Lail?

4 | Were you shocked that The Last Ship‘s Pablo didn’t turn out to be the super-predictable Old Friend Who Winds Up Double-Crossing You? 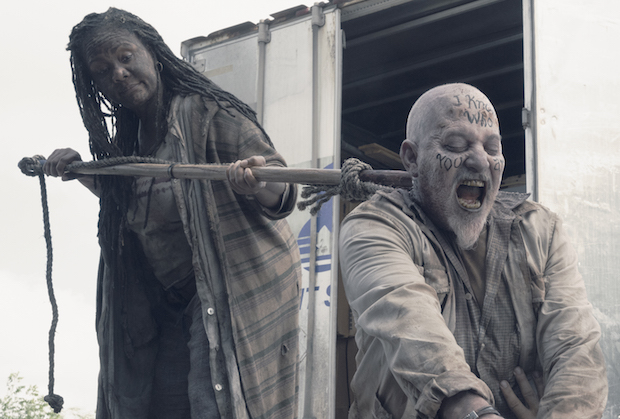 5 | Not that death-by-zombie isn’t awful and all, but didn’t it seem like some of Martha’s victims on Fear the Walking Dead could have simply backed away from her leashed attack walker?

6 | No offense to Adam Driver, but can you remember the last time that SNL more underwhelmed you with a premiere host announcement?

7 | How did you feel about the Emmys’ decision to list the nominees in each category before bringing out the presenters? Which wound up with the winner being announced what felt like five minutes later? Speaking of which, will awards shows ever learn that the only thing (much) worse than inane presenter banter is inane presenter banter about inane presenter banter? Also, is lumping all the comedy categories together, then limited series, etc; kind of a bore if you lean toward a certain genre? Lastly: How many potential viewers of Fred Armisen and Maya Rudolph’s new Amazon show Forever were scared off by the pair’s crushingly unfunny “uninformed experts” routine? 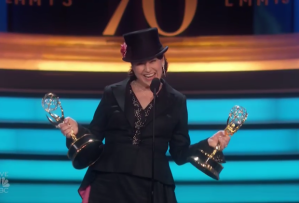 8 | Amy Sherman-Palladino’s long overdue Emmy rout: Do we think it helps or hinders the likelihood of a second Gilmore Girls revival?

9 | Before Elementary revealed that Sherlock was yelling at his London neighbor Joan, did you think his post-concussion syndrome was causing him to hallucinate again?

10 | What happened to Roseanne Barr being neutral…?

11 | How did The Talk‘s cohosts hold back from saying, “But first!” each time they held off playing Julie Chen Moonves’ good-bye message?

12 | While time slots aren’t exactly relevant on streaming services, isn’t it a bit silly of Facebook Watch to release Sorry for Your Loss episodes on Tuesdays at 9 pm, when a lot of its potential audience will be tuning in for NBC’s This Is Us?

13 | Is it safe to say that Chevy Chase’s harsh and expletive-laden “He’s Sober and Ready to Work” profile… will not help him get work? 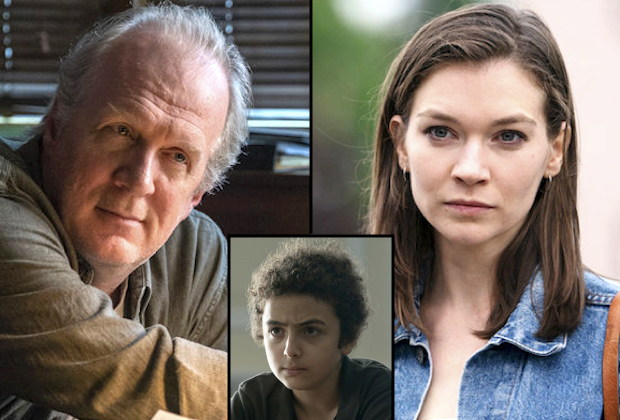 14 | Has a child ever looked less like his biological parents than The Sinner‘s Julian Walker? He looks even less like Jack than cult leader Lionel Jeffries! And did Outlander make it impossible to see Vera touch that rock without imagining that doing so would send her skipping through time?

15 | Did American Horror Story: Apocalypse get your hopes up by playing Fleetwood Mac’s “Gold Dust Woman,” which seemed to indicate at least one Coven character — perhaps even Stevie Nicks herself! — was about to arrive?

16 | How did I Feel Bad manage to find a drone that doesn’t make a horrendous buzzing noise while in flight?

17 | Didn’t America’s Got Talent host Tyra Banks sound a little too excited when she announced Michael Ketterer’s elimination? Did she really need to use Oprah’s “You’re getting a car!” voice, causing Ketterer to ask, “Does that mean I’m out?” 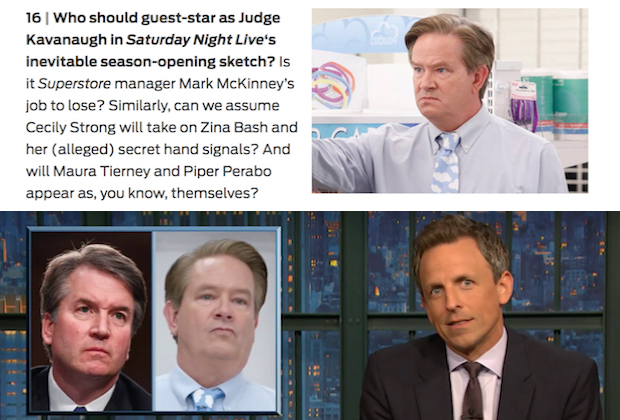 18 | Is someone at Late Night With Seth Meyers reading TVLine’s TV Questions column?

19 | Are The Daily Show With Trevor Noah‘s online-only “Between the Scenes” segments better than the actual show? Considering they’ve previously won an Emmy for Short Form Variety Series, while the show itself has only received a Variety Talk Series nomination, shouldn’t that tell the producers something?

20 | Was one of this long summer’s most refreshing plot twists that Mark Steines was possibly let go by Hallmark for something good he was trying to do, and not something bad he did?

21 | When a Big Brother evictee arrives for his/her exit interview with Julie Chen Moonves, do they have any idea what she has been going through outside of the house?