We’ve got questions, and you’ve (maybe) got answers! With another week of TV gone by, we’re lobbing queries left and right about shows including Saturday Night Live, Power, Better Call Saul, World of Dance, Castle Rock, Teachers and more!

1 | Ozark’s Martin and Wendy were never going to win any Parents of the Year trophies, but why on Earth would they allow their barely teenage son Jonah to go on a hunting excursion with the psychotic, mass-murdering Jacob Snell? 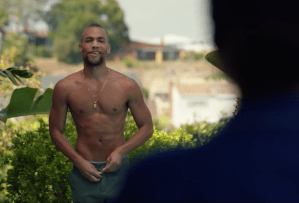 2 | Shouldn’t Insecure‘s Issa have had another job lined up before she up and quit We Got Y’all? And really, is any taco, no matter how phenomenal it might be, worth waiting an hour for? And lastly, how lackluster did all your first dates suddenly seem after Issa went on an impromptu one — complete with skinny-dipping — with Nathan?

3 | Is there any way that Power‘s LaKeisha can claim ignorance after that pointed conversation with Tommy where he declined to deny that he’d killed people?

4 | How are we feeling about American Ninja Warrior‘s (occasional) corporate-sponsored/-themed obstacles? 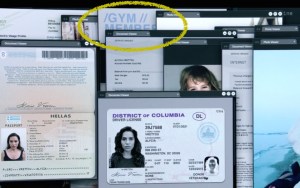 5 | How utterly ruthless is Salvation‘s RE/SYST that they even doxxed Alycia’s gym membership?! (How will she ever do pilates in peace?) Also, does cult member Nora give any One Life to Live fans out there an Allison Perkins vibe?

6 | Does anyone believe for a second that Roseanne Barr is going to remain “neutral” once The Conners arrives?

7 | When Better Call Saul‘s Jimmy/Saul gave Francesca a business card for a lawyer in that Breaking Bad flash-forward… could it have been Kim? Or Howard?

8 | How loudly did you gasp when Sons of Anarchy’s Gemma showed up in that Mayans MC premiere flashback?

9 | On The Purge, is Jane’s passive-aggressive coworker Alison already your favorite side character? And is their boss’ motto seriously “We do what we do for money”? 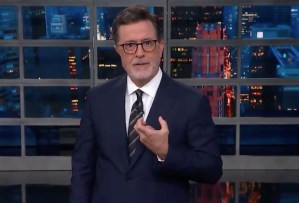 11 | While it’s one thing for Netflix to spoil the fate of Kevin Spacey’s House of Cards character in a teaser, did they really have to go all in and tweet out a screen grab of Frank’s gravestone, for those who like to avoid watching any footage before the episodes drop?

12 | Would BBC America have been better off keeping Doctor Who on Saturday nights, where it wouldn’t have had to compete with the likes of Sunday Night Football and a little show called The Walking Dead?

13 | Oh no, did Gotham‘s Jim Gordon push the Castle cast off the bridge?!

14 | Are you surprised Billy on the Street is returning via… Billy Eichner’s social media platforms, versus, say, Netflix or Hulu?

15 | With Younger on the move to Paramount Network, the folks over at Teachers — aka TV Land’s last original series — have to be pretty worried right about now, huh? 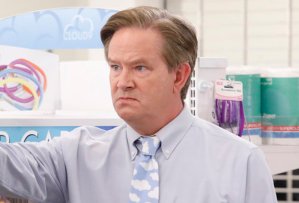 16 | Who should guest-star as Judge Kavanaugh in Saturday Night Live‘s inevitable season-opening sketch? Is it Superstore manager Mark McKinney’s job to lose? Similarly, can we assume Cecily Strong will take on Zina Bash and her (alleged) secret hand signals? And will Maura Tierney and Piper Perabo appear as, you know, themselves?

17 | How excited do you think Castle Rock’s Bill Skarsgård was to have more than five lines in this week’s episode?

18 | Did the news about the mysterious mass illness aboard the Emirates flight to JFK make you think of Fringe, or The Strain? 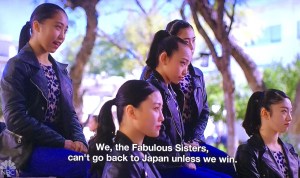 19 | Did this World of Dance quote give you pause and/or make you sad? Also does anyone find it odd that Jaxon’s evaluations were almost entirely about him as a person, with barely a word about his actual dancing?

20 | At this point, if your favorite cancelled TV show hasn’t been picked up by another network, don’t you have to take it personally?

21 | Don’t you wish It’s Always Sunny in Philadelphia could find a way to keep Mindy Kaling around as a permanent member of the Paddy’s Pub gang?