With all of that pesky time-traveling and decades-long absence behind them, Outlander‘s Jamie and Claire present a united front to the future in the newly released Season 4 poster.

Caitriona Balfe and Sam Heughan are the only cast members to appear in the upcoming season’s key art, which shows their characters clasping hands as they stand in the wilderness and stare into the distance. Season 4 is based on Diana Gabaldon’s Drums of Autumn, in which the Frasers build a place for themselves in what will eventually become America — which means there’s plenty of good (as well as some dangerous) stuff coming at them, quickly.

After a violent storm shipwrecked them in America at the end of Season 3, Jamie and Claire begin Season 4 reuniting with Jamie’s family in the Colonies and figuring out where to establish their home while the American Revolution brews in the background. Meanwhile, back in Boston, Brianna and Roger learn some information that could alter the course of the Frasers’ lives.

Per the official synopsis, Jamie and Claire “must negotiate a tenuous loyalty to the current British ruling class, despite Claire’s knowledge of the American Revolution to come. Along the way, the Frasers cross paths with notorious pirate and smuggler Stephen Bonnet… in a fateful meeting that will come back to haunt the Fraser family.”

Season 4 gets underway on Sunday, Nov. 4, at 8/7c on Starz. In the meantime, get a good look at the poster below (click on the image to see it larger), then hit the comments with your thoughts. (In our opinion, it’s rather bonny.) 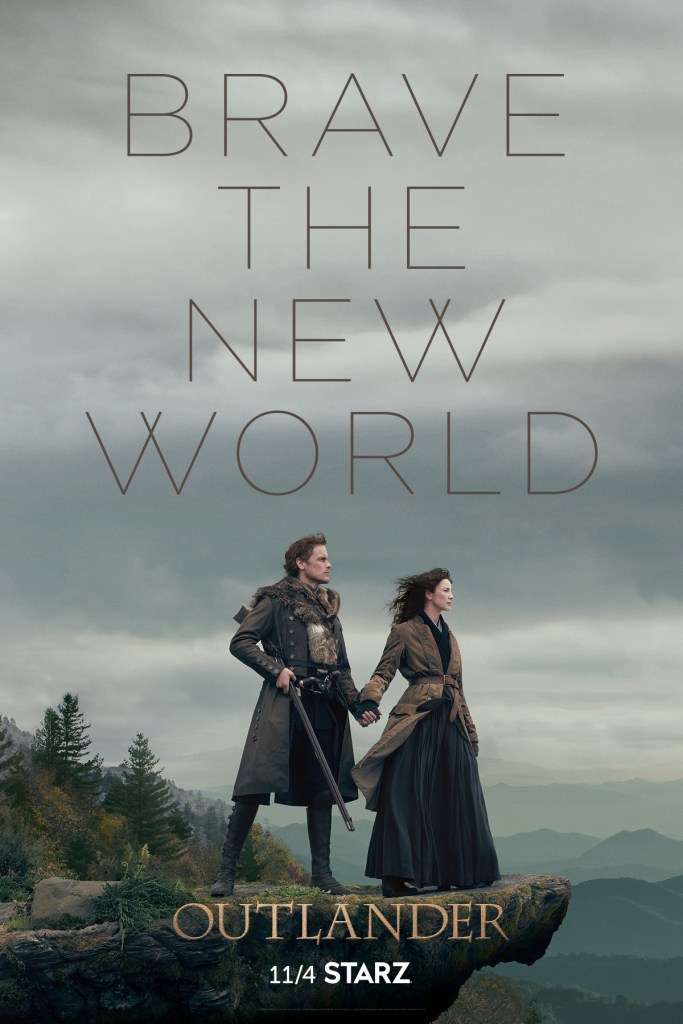