We’ve got questions, and you’ve (maybe) got answers! With another week of TV gone by, we’re lobbing queries left and right about shows including Outlander, The Flash, Lucifer and Scandal! 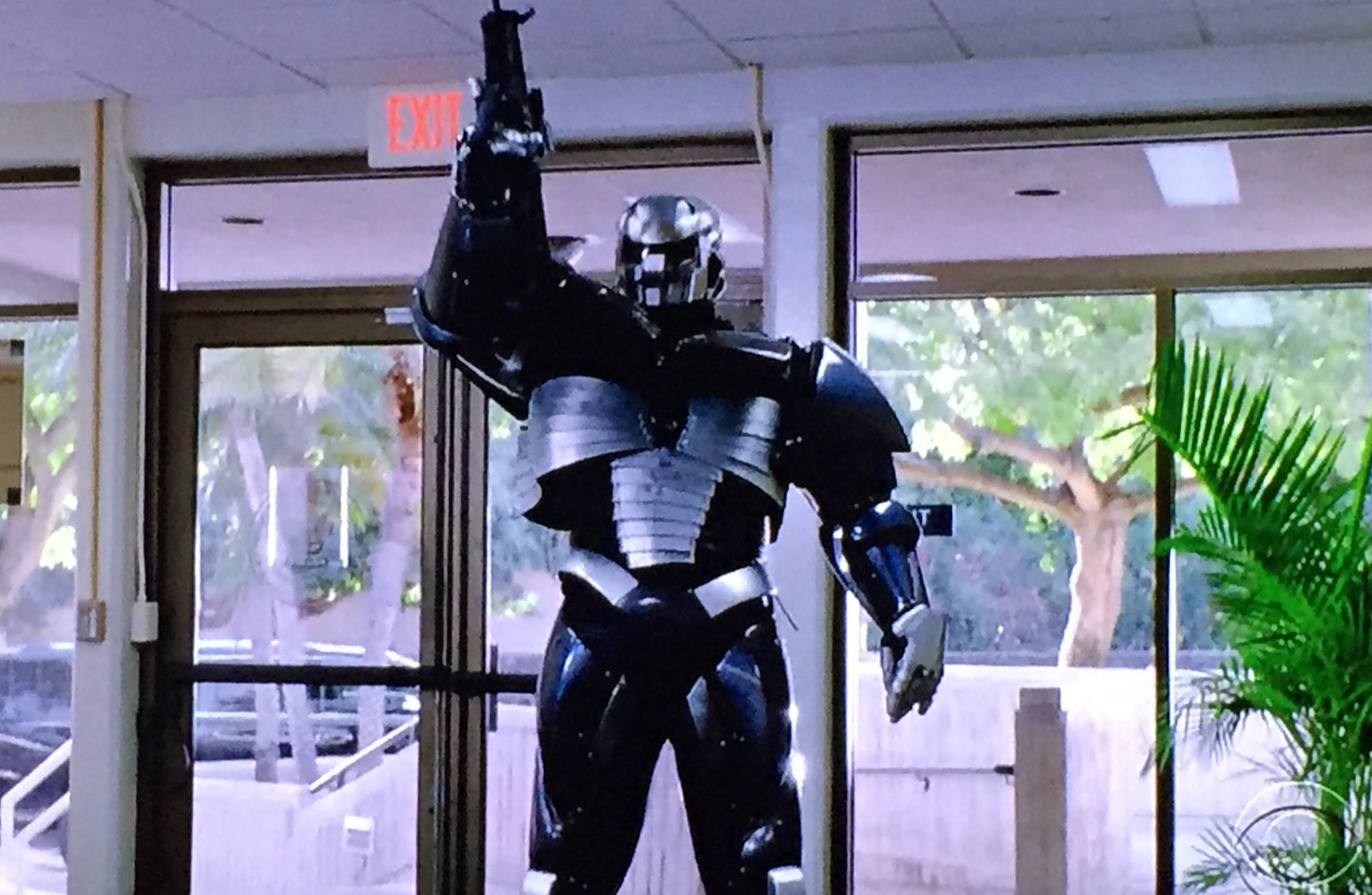 1 | Really, Hawaii Five-0 — $80 million? For something with flimsy, plastic chest panels? And did you notice how they never showed the unwieldy “supersoldier” actually getting in or out of vehicles?

2 | Given what Grimm‘s Wu knows about the Wesen world, shouldn’t he have been a bit more concerned about the lycanthrope scratch he suffered?

3 | Outlander viewers, what was funnier: The looks Jamie and Claire tossed at each other during Annalise’s introduction at Versailles, or Jamie’s reaction to discovering that Claire had engaged in a little personal grooming? Also, how was Claire not spilling out of that red dress?!

4 | Could SNL‘s One-Dimensional Female Character From a Male-Driven Comedy be the sketch comedy’s next big-screen spinoff?

5 | Should we be worried that The Good Wife‘s Jason isn’t exactly forthcoming about his feelings/intentions toward Alicia? Or is he just the rugged, silent type? Also, how do you have an episode full of Canadian tropes with no Tim Horton’s or Degrassi references?! 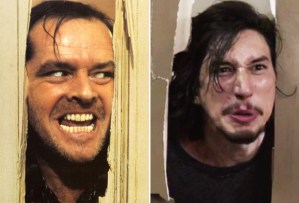 6 | What did we think of Girls‘ season-ending Shining homage?

7 | Did Quantico‘s final moments make you think that Caleb was faking his heroin addiction? (As we’ve since learned, he is not.)

8 | On Once Upon a Time, did you catch the brand of Zelena’s whiskey — Moloch, as in the god of child sacrifice? Is the Dorothy/Ruby romance where you had hoped Supernatural would go with its own Dorothy and Felicia Day’s Charlie? Speaking of which: Should the Munchkins have taken a picture, since it would last longer?

9 | Who hawks “hope” harder, Once Upon a Time or Supergirl?

10 | On Supergirl, is it Eliza Danvers’ plan 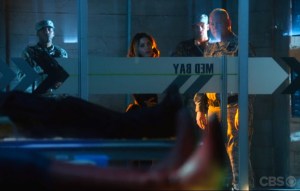 to leave an empty place setting at every meal until Jeremiah returns? #Passover And following up on last week’s question: Those are totally Henry Cavill’s feet, right?

11 | Is Petra’s twin sister on Jane the Virgin the gentler-but-equally hungry version of Orphan Black‘s Helena?

12 | This week’s Lucifer prompts us to ask: How would a devil-worshiping daughter hide an entire secret room/annex from her dad? Does he not know the floor plan of his own home?

13 | Now that you’re aware of how Dancing With the Stars really scores contestants — the judges jot down an “official” number on a piece of paper, rendering their paddles meaningless — are you starting to wonder if behind-the-scenes funny business might influence eliminations?

14 | Friend-of-a-friend or not, would Castle‘s Hayley really be allowed to freely interact with a crime scene/corpse? And given recent events, which unauthorized Lifetime movie do you want first, Castle’s or Sleepy Hollow’s?

15 | With Paxton Ingram finishing last in sales among The Voice Top 12 — almost 80 spots below his next-closest contestant on the iTunes singles chart — how did he manage to avoid the Bottom 2? Do people really love Blake Shelton so much that they’ll vote for his contestants even when they have no interest in their music? Also, did no one who works for The Voice or Gwen Stefani think the costuming/styling of the singer’s “Misery” performance was a bad idea? 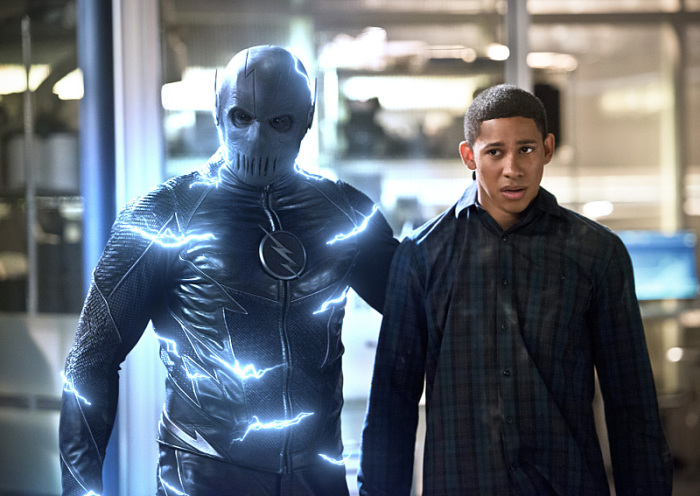 16 | Was The Flash unwise to release the spoilery photos that showed Zoom running free in S.T.A.R. Labs, with Wally his prisoner? Also, nobody on Earth-Two thought, “Hey, the new speedster looks like that infamous serial killer!”? (Perhaps we are applying Supergirl Hair Logic — different hairstyle = different person?)

17 | On Containment, why does Jana’s job, which seems to be data recovery, require her to put on a head-to-toe hazmat-like suit and go into a decompression chamber?

18 | Not that we’re advocating for more big-name guest stars on Empire, but didn’t the cartoonish “Stacee Run-Run” make you wish producers had ponied up a little extra dough and gotten Nicki Minaj 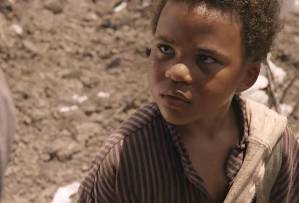 19 | Tragic as they all were, which Underground kid’s story most broke your heart?

20 | TVLine reader bmac_mama asks: Why didn’t Nashville‘s Rayna and Deacon use the Find My iPhone app to locate Maddie, because “No teen girl is leaving home without their phone. Ever”?

21 | How soon into The Blacklist did you guess that — spoiler alert! — Red’s companion wasn’t real?

22 |  Sure, Scandal‘s Olivia was eventually found out, but are we to believe that untrusting superspy Rowan wasn’t somehow monitoring her morning runs? That said, how nice was it to finally get the (twisted) backstory on the Jake/Rowan dynamic?

23 | Was Legends of Tomorrow‘s Teen Sara a bit chill about meeting her doppelganger? And were you unexpectedly moved by Jackson meeting the father he never knew?