The series introduced the idea of Milo Rambaldi, a 15th-century prophet interested in immortality, in the pilot. The Rambaldi mythology, with its mystifying twists and turns, would continue throughout the series. 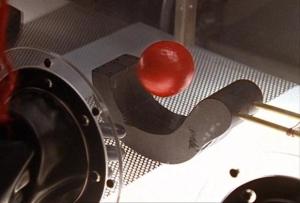 ABRAMS | You always have ideas of where you would like it to go. And [the Rambaldi plot] was something I wanted to do from the very beginning. I purposely, in the pilot, didn’t have her stealing a disc or a computer chip or a data device, because I didn’t want it to be just that. I wanted it to be this strange object that you didn’t quite understand. So this thing, the Mueller Device, this weird floating red ball, was the beginning of something that said the show was going to go into areas that would be as much sci-fi as spy. And that horrible “spyfy” moniker got attached to it because of that.

PINKNER | There was definitely a time somewhere around the middle of the show where the mythology of the Rambaldi device and the plot mechanics started to overwhelm the character telling. We identified that and course-corrected and made the last season-and-a-half, two seasons back to what the bulk of the story was about: emotion and character, with the plot servicing that rather than the other way around.

JOSH APPELBAUM, co-executive producer | Are you asking me did I have a handle on it, or did the rest of the world? Because they understood it better than I did. I’m only half kidding.

GARNER | [Laughs] Victor had no handle on it. Sometimes I could piece together a bit of the Rambaldi plot. Sometimes I was pretty fluent in it, but definitely a lot of the time, it went over my head.

GARBER | I had no idea what was going on, but I’m doing a show now [DC’s Legends of Tomorrow] that I have no idea what’s going on. [Laughs] I’m not very smart.

GARNER | [Ron] couldn’t [keep track of it]. He really couldn’t. He was so good at saying it, though.

RIFKIN | No f–king handle on it at all… Then poor Mia Maestro [as Nadia]… She had to fall through that glass floor. Oh, it was just terrible. 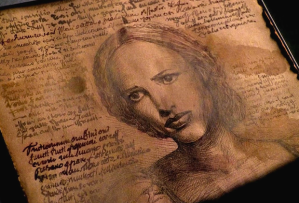 ABRAMS | But I liked the idea that there was this story — not just with the mystery of Rambaldi, but the mystery of the Alliance of 12, the idea that SD-6 was part of this larger scheme. There was that map – I actually have a copy of it – that Vaughn shows to Sydney in the second episode that made you realize how confusing it is. It was all about just how impossible it is to comprehend, which was sort of the fun of the show. It was never about a particular storyline from the beginning. It was showing how confused she had to be. We had ideas where it was going to go, but nothing that was in any way written in stone. The better idea wins. And you never have the better idea at the very beginning.

VARTAN | If I’m going to be honest, I had no idea what the hell was going on.

DAVID ANDERS, played Julian Sark | Yeah, it was pretty high science fiction. The red ball, and I don’t know, there was a device that incinerated a bunch of people in a church or something like that? I’m trying to recollect. I mean, there’s so much that I forget.

VARTAN | There were definitely times during the show when we were just saying our lines, just trying to be believable, but deep down inside had no idea what we were walking about.

ANDERS | I revisited it a little bit on Netflix, and I was shocked about the Rambaldi stuff that I had forgotten. I was happy to see that the show itself holds up later.

LUMBLY | I rather appreciated the fact that the whole show at times felt kind of non-linear. It felt like even though it was chaotic, it seemed like there must be some invisible order to it that we just couldn’t pierce, and that’s what’s compelling to me.

GREG GRUNBERG, played Eric Weiss | I didn’t understand any of it. I still don’t. I don’t get it.

SEASON 2
The first season — for which Garner won a Golden Globe — ended with Sydney facing her presumed-dead mother, who was actually a former KGB operative named Irina Derevko. Mama Bristow would be played by Lena Olin, starting in Season 2. 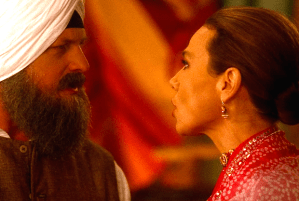 GARBER | She was what they call a “get,” you know. I mean, getting Lena Olin on a series was like, “Are you kidding?” It was like royalty stepped on the set. She was just the most, and still is, one of the most beautiful women.

Meanwhile, Dungey was about to shed one character — Sydney’s roommate Francie — in order to take on another: Allison Doren, the evil Project Helix clone who looked just like Francie.

In 2002, ABC broadcast the Super Bowl, and Alias landed the coveted post-Super Bowl spot. The episode featured the end of SD-6, a first kiss for Sydney and Vaughn and a memorable op in which Ms. Bristow was required to wear black, then red lingerie.

GARNER | All I know is at the time, I was such a baby about any time I had to take any article of clothing off… Looking back 10 years later, I wish that I had just been pretty much naked for five straight years. [Laughs] It’s like, I will never look like that again! [Laughs] But yes, the lingerie, I would have to say, that was fun. It was really fun. It’s hard to do a fight in lingerie, though, for the record.

Thanks to an exceedingly long Super Bowl post-show, the episode didn’t air until very late that evening — and the ratings reflected the delay: 17.4 million total viewers and an 8.2 demo rating. For context, CBS’ Survivor had nabbed 45.4 million viewers and a 21.8 two years prior.

VARTAN | Our episode I don’t think aired until like 11:30 on the West Coast, and everyone was in bed by then. They’d been watching football for six hours, so our numbers were a little better than they had been, but certainly not what the studio expected unfortunately.

PINKNER | We never felt threatened that the show was in danger of getting canceled, because there was so much support internally at ABC. It’s not as if the numbers didn’t matter, but nobody came in the day after a show and was desperate to see the numbers.

PINKNER | We were always in a panic of “It’s not good enough,” but it wasn’t about the numbers. It was about the standards that we were setting for ourselves.

PROCEED TO NEXT PAGE FOR THE BIG SYDNEY-FRANCIE FIGHT AND SEASON 3: “I KNEW SHE WAS HURT.”