Breaking news out of the Arconia: Meryl Streep has joined the cast of Only Murders in the Building Season 3.

The casting was confirmed in a video posted to Selena Gomez’s TikTok, which sees the Oscar winner appear on set with series stars Gomez, Steve Martin and Martin Short, and returning guest stars Paul Rudd and Andrea Martin. No further information about her role has been disclosed.

OMITB Q: Who Is 'Her'? TVLine Investigates! 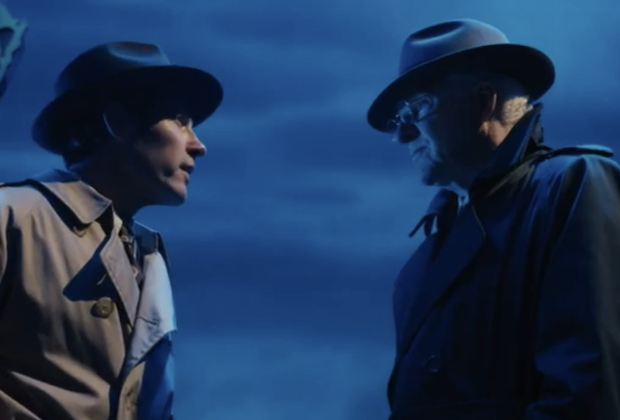 Streep is the third major addition to Only Murders‘ Season 3 ensemble. The Season 2 finale, which dropped Aug. 23, featured a one-year time jump, after which the series introduced Paul Rudd in the recurring role of Charles’ costar Ben Glenroy. On the opening night of their play, TV’s erstwhile Brazzos confronted the renowned theatre actor about his problematic behavior. “Stay away from her,” he cautioned. “I know what you did.” Moments later, Ben collapsed on stage and died.

Following the finale, it was revealed that Grey’s Anatomy veteran Jesse Williams had been added to Season 3 in the recurring role of a documentarian who takes an interest in Charles, Oliver and Mabel’s latest investigation.

So, who is “her”? “Oh, I would love to tell you that,” series co-creator John Hoffman previously told TVLine. “I really would love to tell you that. But I also like that question being posed in the minds of viewers in between Seasons 2 and 3. I would just say this: It is definitely a question that we asked ourselves, and we sprang forward with a very definite answer.” (Hmm… could it be Streep?)

What we do know heading into Season 3 is that sunnier days await Selena Gomez’s Mabel Mora. “There’s brightness… a different color [in her life moving forward],” Hoffman teased at the time. “She has, over the last two seasons, been able to sort of take that shawl of heaviness off of her a bit…. There are certain new pressures ahead of her, and questions that she is asking herself about her own life, but she’s got a much more optimistic viewpoint.”

Watch the video of Streep’s OMITB introduction above, then hit the comments with your reactions to the casting.

The filming of Season 3 of “Only Murders in the Building” has begun! A cast to dream of. pic.twitter.com/mvMkJknoEk