We’ve got questions, and you’ve (maybe) got answers! With another week of TV gone by, we’re lobbing queries left and right about lotsa shows including Chicago P.D., Grey’s Anatomy, She-Hulk and The Lord of the Rings: The Rings of Power!

1 | We “get” that SEAL Team‘s Sonny was just being Sonny, but did his repeated Taylor Swift-ian cracks about the female YPJ fighters in Syria cross a line into misogynist a–hole territory?

2 | How long did it take Blood & Treasure‘s Violet to get to the helipad if she left with Hong Kong blanketed in blackout darkness, but arrived during daylight? And which Sunday show had the better “marriage-by-comingled blood” — Blood & Treasure or House of the Dragon?

3 | Did this week’s House of the Dragon and its night scenes have you fiddling with your screen’s brightness controls? Shouldn’t dragons have some sort of seatbelt system? And why, after a decade-long time jump, have some characters aged what looks like 30 years, while others (like Daemon, Ser Criston) don’t appear to have aged a day? 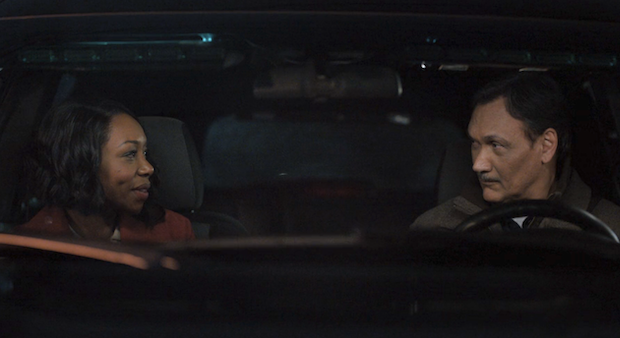 4 | Is it just us, or in that final scene of CBS’ East New York, did it seem like DI Haywood and Chief Suarez might kiss…? Is that the nature of her secret past?

5 | TVLine reader TeeBaby asks re: The Equalizer‘s season premiere: “Queen Latifah went through all of that being abducted, and on the first scene she still had on a full face of makeup. Sooo, what brand was it?”

6 | Honestly, Dancing With the Stars, why even have a James Bond Night if you’re not going to shell out the big bucks for Adele’s “Skyfall”? And though we adore Alfonso Ribeiro in any capacity, are his Skybox questions starting to feel especially lame?

7 | Are you glad/surprised NCIS: Hawaii didn’t go the very obvious route and have Ernie have to deliver the very pregnant commander’s baby? 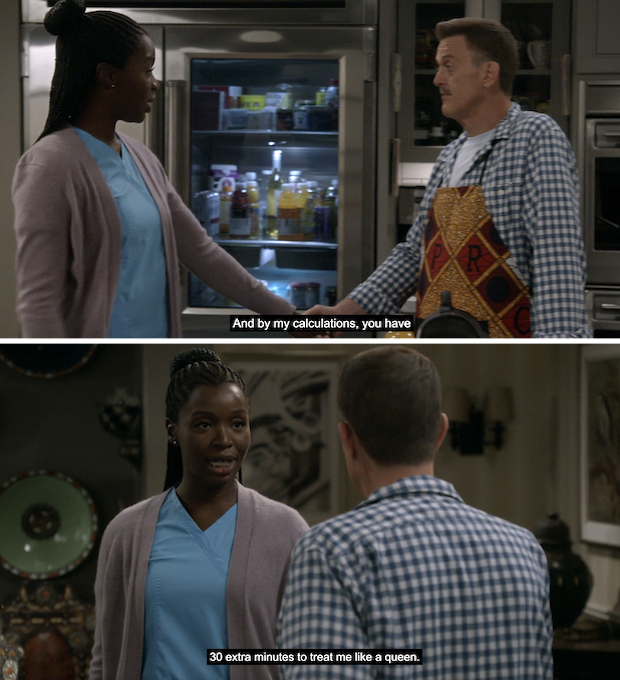 8 | During Monday’s Bob Hearts Abishola, were you shocked — but also kinda delighted — to see how into each other our central couple seemed? (The series hadn’t really shown that side of their relationship before!)

9 | Is it odd that The Patient‘s Alan keeps insisting he’s too old and frail to fight back against his captor Sam, when Steve Carell looks a lot stronger and bulkier than Domhnall Gleeson?

10 | Was Kasie’s surprise party for Ducky — surprise, he can’t be surprised! — one of the weaker B-stories NCIS has had? And just how many of Kasie’s parties could Jess have been to, having known her, what, a little over a year?

11 | Will any of the Exiles on La Brea be given some sort of personality/identity? Or are they meant to be interchangeable grunts?

12 | New Amsterdam viewers, how shocked were you by the disturbing twist in this week’s medical case?

13 | Andor‘s Cinta is totally “sharing a blanket” with Vel, right? And speaking of the ladies, what do you think their conspicuously secret role in the garrison raid is?

14 | With Lyle Lovett and Darius Rucker now joining Reba McEntire on Big Sky, is a musical episode far off?

15 | Had any other Stargirl viewers forgotten (or don’t recall being told) that Starman’s sister had been married to Brainwave? And what do you think will be the negative ramifications of Rick becoming “24-Hour Man”?

16 | We know Chicago Fire treats them like Tweedledee and Tweedledum, but when it comes to someone covering for Severide, wouldn’t Capp and Tony have seniority over Cruz, who joined the rescue squad after the duo?

17 | How long do you think it will take for Chicago P.D.‘s Halstead and Upton to realize his tour will probably last longer than eight months, seeing as Jesse Lee Soffer is no longer on the show? Anyone else die a little on the inside when the two said their goodbyes? And was it kinda crappy of Jay to take an overseas job without even talking to his wife first?

18 | Should Survivor‘s challenge department pump the brakes on puzzles?

20 | Let’s be real, Chucky fans: Do you actually think Andy and Kyle are dead?

21 | Anyone else think Rings of Power‘s theme is a club banger? Especially when the horns hit? Who at Amazon do we send our medical bills to for the multiple near heart attacks they caused in this week’s episode, making the audience think — UN-SPOILER ALERT! — that Bronwyn and Arondir may have died in that volcanic eruption? And do we think the Harfoots landed at what will eventually become the Shire?

22 | As She-Hulk/Jen got to “know” Daredevil/Matt, were you at all prepared for how much chemistry Tatiana Maslany and Charlie Cox would have?? 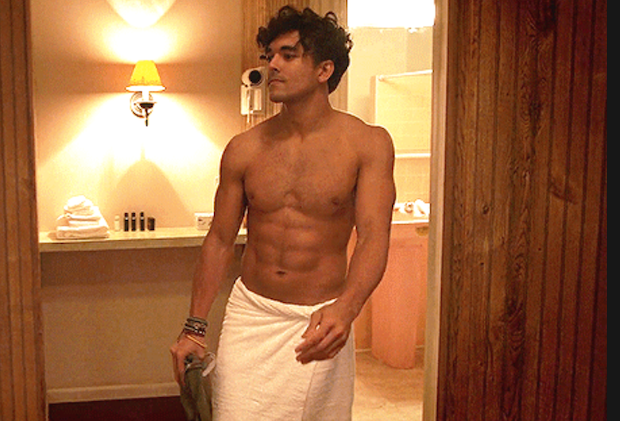 23 | Grey’s Anatomy viewers: Ⓐ Have you got a favorite new resident yet? Ⓑ Did Niko Terho’s immediate strip-down as Lucas give you The Thing About Harry deja vu (pictured)? Ⓒ Do you buy that Meredith and Nick wouldn’t have discussed the state of their relationship for six months? Ⓓ Did you not even notice that Teddy and Owen were MIA until they returned at the end of the premiere? (And given that Owen’s legal issues were all solved by a high-priced attorney, does his going on the run with his whole family, in retrospect, seem a bit… excessive?) Ⓔ Didn’t we already play Jules’ Maggie superfan story with Leah? Ⓕ And if Simone had been avoiding Grey Sloan all these years, does that mean that she was going to (yeesh) Pac North?

24 | How does Station 19‘s Maya still have a job after trying to blackmail her way into a promotion?

25 | We understand Alaska Daily was trying to highlight the contrast between Eileen’s new job and her old one, but would an antiquated local newspaper like the Daily Alaskan really have screens up in the office tracking their meager online readership? 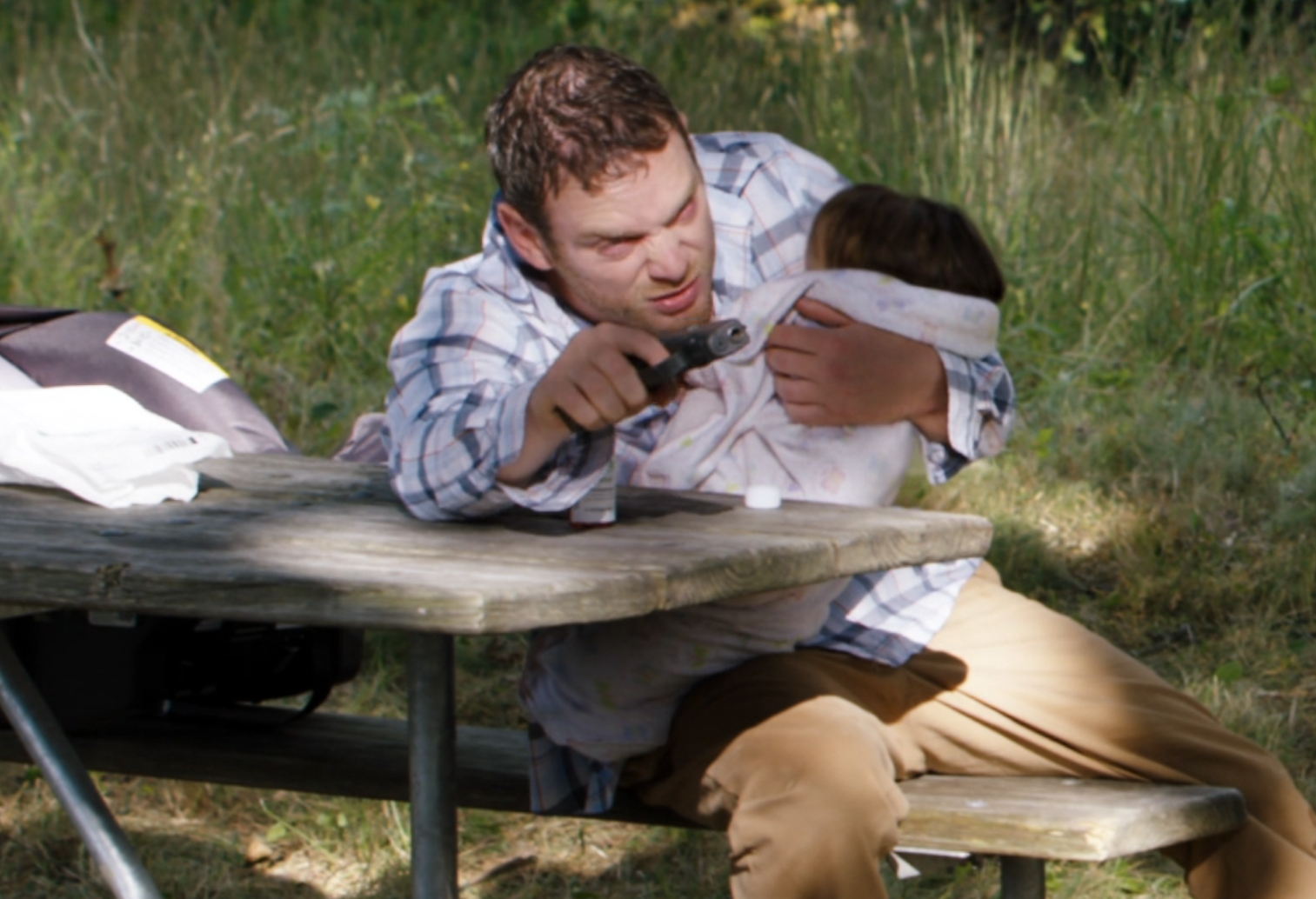 26 | Was the Law & Order: Organized Crime props department so pressed for time that they had to put a wig on a Honey Baked Ham and wrap it in a blanket to stand in for the adorable little girl that got carjacked?

27 | Are we to believe that Young Sheldon at age 12 thought of the idea for cryptocurrency years before the establishment of Bitcoin, then never brought it up on The Big Bang Theory? Not even in the Season 11 episode “The Bitcoin Entanglement”? Surely someone with an eidetic memory wouldn’t have forgotten! 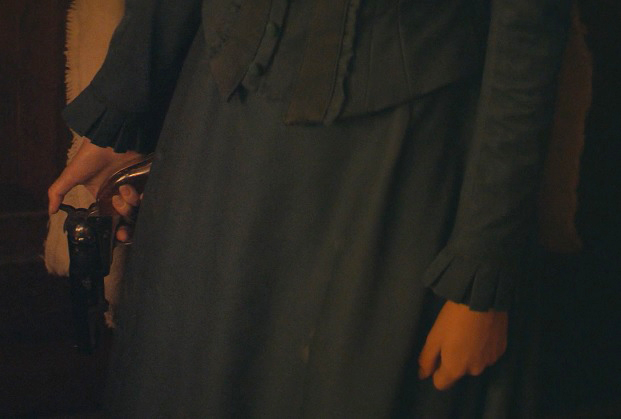 28 | Dear Walker Independence‘s Abby: If you’re plotting to kill the new sheriff, maybe don’t hold the gun so clearly visible in a crowded saloon? And how did no one notice the gun? Or did they just not care since it’s the Wild West and everyone is carrying?

29 | Since The Mole‘s Avori purposely dropped her oxygen tank in the sand to draw attention toward her, does that mean we can 100-percent cross her off our suspects list? Would you have helped Dom re-enter the game? And most importantly: Who is the Mole?