Cancel your plans, Law & Order fans: The NBC franchise is about to take up your entire night. 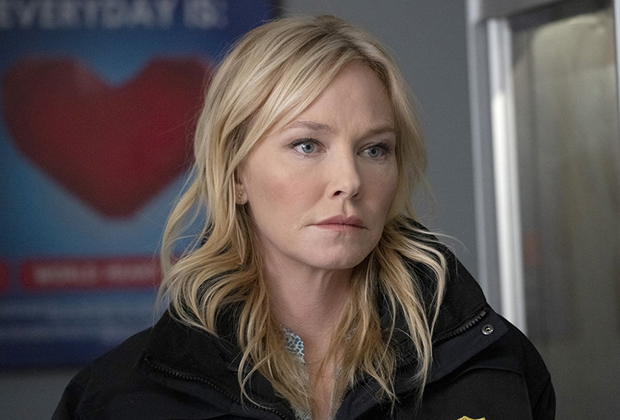 An unprecedented three-way crossover between the original Law & Order, SVU and Organized Crime is officially set for Thursday, Sept. 22 at 8/7c, NBC has confirmed. (TVLine first reported the crossover last month.) The crossover will serve as the season premiere for all three shows, combining all three casts for a singular three-hour story. Technically, the first hour will be an Organized Crime episode, followed by SVU and then Law & Order.

The plot centers around a young girl shot in cold blood, with Law & Order detectives Cosgrove and Shaw (played by new cast addition Mehcad Brooks) searching for her killer. SVU‘s Benson and Organized Crime‘s Stabler are called in to help, and once key evidence is uncovered, Law & Order‘s Jack McCoy and Nolan Price “seek justice against an international crime ring,” per the official description, “but complications threaten the outcome of their case.”

In a new promo — which you can watch above — we hear snippets of dialogue from all the key players, with Benson declaring “this was a coordinated attack” before suggesting: “I’d like to combine forces, work this case together.” And just like that, Stabler is back at her side once again.

“Nothing demonstrates the power of the Law & Order brand more than an ambitious three-hour event with a story that is truly ripped from the headlines that starts on Organized Crime, then migrates to SVU and finally the trial on Law & Order,” executive producer Dick Wolf said in a statement. “Rick [Eid] and Gwen [Sigan] did an amazing job writing a compelling script, and I can’t think of a bigger and better way to launch the new season of Law & Order Thursday.”

“Unlike other crossovers, this is structured and produced [on an epic scale],” Law & Order showrunner Rick Eid told TVLine as part of our upcoming, in-depth Fall Preview. “It’s not a handoff from one show to the next. It’s really one story that involves all the characters from the different shows.”

Most of the Law & Order cast will return for Season 22, including Hugh Dancy as senior prosecutorial assistant Nolan Price, Oldelya Halevi as ADA Samantha Maroun, Camryn Manheim as Lt. Kate Dixon, Jeffrey Donovan as Frank Cosgrove and Sam Waterston as DA Jack McCoy. Plus, Grimm’s Claire Coffee will appear in at least one episode this season, as a lawyer.

Anthony Anderson, however, will not be back as Det. Kevin Bernard. (As TVLine previously reported, Anderson had signed on for just one year of the NBC revival.) Bernard’s exit will be addressed in the season’s second episode, Eid reveals: “It’s in the time-honored tradition of Law & Order where it’s very brief and it’s like, ‘Moving on. Here we go. We’ve got to solve the case.'”

Are you excited about Law & Order‘s three-show crossover this fall? Sound off in the comments.