The Law & Order universe has staged its fair share of crossovers, but it’s never dun-dun this before. 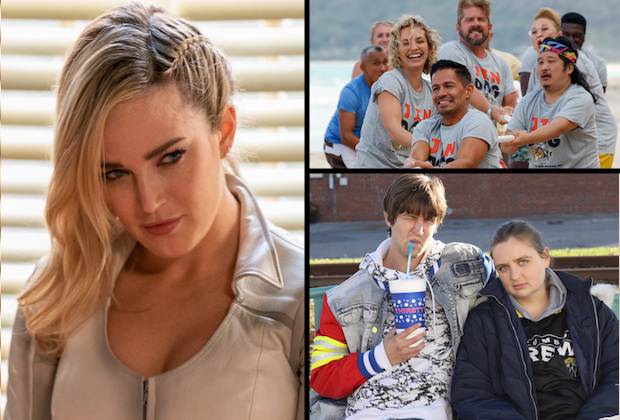 This marks the first time there will be a three-way crossover exclusively between Law & Order shows. SVU has only ever been in a three-way relationship (tee-hee) with Dick Wolf’s #OneChicago mainstays Chicago P.D. and Chicago Fire.

An insider cautions that while the Law & Order crossover is intended to kick off the three series’ latest seasons, scheduling issues could push it deeper into fall.

An NBC spokesperson declined to comment for this story.

Buzz about a mashup of the three Law & Order series began circulating last spring, with the OG series’ showrunner Rick Eid telling Entertainment Tonight in May, “There’s been some talk about a three-show crossover for next season. Whether it’s the first, second or third episode, I’m not sure.”

Of the three series, the mothership arguably stands to benefit the most from the sure-to-be-highly-promoted crossover. The revival’s “freshman” run last season averaged a relatively tepid 5.9 million weekly total viewers and a 0.7 demo rating (with Live+7 DVR playback). Out of the 14 dramas that NBC aired this past TV season, Law & Order ranked No. 8 in both measures.

Shortly after wrapping its comeback season in May, it was announced that franchise vet Anthony Anderson will not be back as Det. Kevin Bernard for Season 22. Helping fill the void will be Supergirl alum Mehcad Brooks, who is joining the ensemble as a new detective. He joins a cast that currently includes Law & Order legend Sam Waterston as well as Hugh Dancy (Hannibal, The Path), Jeffrey Donovan (Burn Notice), Oldelya Halevi (Good Trouble) and Camryn Manheim (The Practice).

Wolf, of course, has a wealth of experience to draw on when it comes to navigating three-show crossovers within a single universe, having stages multiple “threesomes” with his #OneChicago triad. He also orchestrated a one-night crossover across his three FBI shows on CBS last fall (to help launch FBI: International).