Like Arbor Red to a thirsty mouth, Game of Thrones author George R.R. Martin is offering solace to fans of the A Song of Ice and Fire novels who weren’t happy with the events of Game of Thrones‘ final season.

“I have been at work in my winter garden,” Martin wrote Friday in a blog post concerning his ongoing work on The Winds of Winter and A Dream of Spring, the sixth and seventh novels in his ASOIAF series. “Things are growing… and changing, as does happen with us gardeners. Things twist, things change, new ideas come to me (thank you, muse), old ideas prove unworkable, I write, I rewrite, I restructure, I rip everything apart and rewrite again, I go through doors that lead nowhere, and doors that open on marvels.”

After acknowledging that his process “sounds mad, I know,” Martin observed this about his writing: “What I have noticed more and more of late, however, is my gardening is taking me further and further away from the television series.”

House of the Dragon: Game of Thrones Spinoff Photos 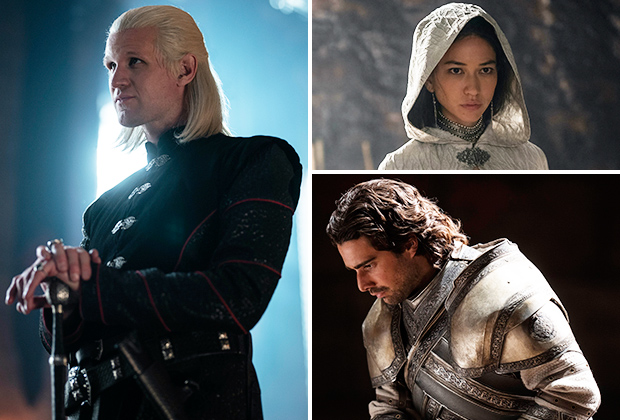 He continues: “Yes, some of the things you saw on HBO in Game of Thrones you also will see in The Winds of Winter (though maybe not in quite the same ways)… but much of the rest will be quite different.”

The author has made similar remarks in the past, notably in the aftermath of the HBO series’ polarizing finale. The episode, titled “The Iron Throne,” drew 13.6 million viewers in linear viewership alone, breaking the previous record (12.5 million) set the week before. But HBO’s adaptation of Martin’s work outpaced the books a few seasons back, meaning that what unfolded on screen in the series’ swan song doesn’t necessarily match the path the author will take in upcoming written installments.

Martin recently made news when he confirmed that a Jon Snow-centered Game of Thrones sequel called Snow is in the works, with Kit Harington reprising the titular role.

In his most recent remarks, the author goes on to say it loud for the cheap seats: “Not all of the characters who survived until the end of Game of Thrones will survive until the end of A Song of Ice [and] Fire, and not all of the characters who died on Game of Thrones will die in A Song of Ice [and] Fire. (Some will, sure. Of course. Maybe most. But definitely not all.) (Of course, I could change my mind again next week, with the next chapter I write. That’s gardening.)

You can read Martin’s latest blog post in full here.