As a vocal contingent of fans continue to take their anger over McBride’s exit out on Reedus, Morgan took to social media Friday morning to lambaste the “toxic” reaction.

“Some of you have gone way too far,” Morgan shared on Twitter. “Attacking Norm for crap he has nothing to do with? Melissa made a call that was hers alone. She wants/needs a break. Respect that. Factors involved that are nobody’s business. Norm, who’s given more than anyone to you all. Just sh—y.” 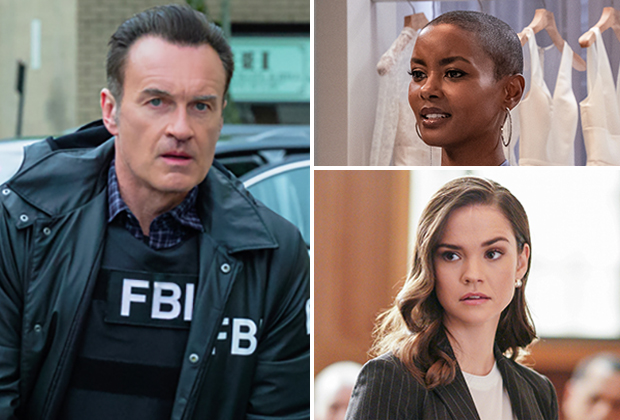 Hours later, AMC echoed Morgan’s sentiments in its own Twitter post: “We would like to acknowledge the response to this week’s news related to the previously announced Daryl and Carol TWD spinoff. Norman Reedus is being unfairly targeted and attacked in social media for a decision he had no part in… It is inappropriate to direct negativity and anger at another cast member for a disappointing outcome he had nothing to do with.”

As TVLine exclusively reported earlier this week, McBride is no longer involved in the forthcoming offshoot centered on her and Reedus’ wildly popular characters. But logistical issues — not Reedus — were to blame for her withdrawal, an AMC rep explained.

“Melissa McBride has given life to one of the most interesting, real, human and popular characters in The Walking Dead Universe,” a network spokesperson said in a statement Wednesday. “Unfortunately, she is no longer able to participate in the previously announced spinoff focused on the Daryl Dixon and Carol Peletier characters, which will be set and filmed in Europe this summer and premiere next year. Relocating to Europe became logistically untenable for Melissa at this time. We know fans will be disappointed by this news, but The Walking Dead Universe continues to grow and expand in interesting ways and we very much hope to see Carol again in the near future.”