Mandy McAllister is poised to remain in the Cooper family’s orbit — whether she likes it or not.

Emily Osment, who was introduced in Young Sheldon Season 5 as Georgie’s love interest (and eventual baby mama), has been elevated to series regular for Season 6, TVLine has learned. 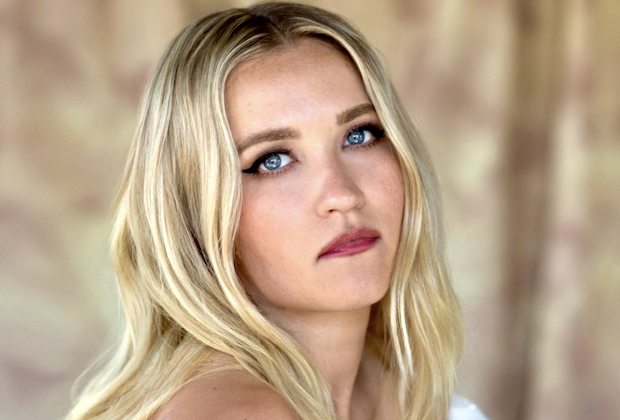 Osment’s Mandy first appeared in the Jan. 13 episode, “A Lock-In, a Weather Girl and a Disgusting Habit,” wherein Sheldon’s 17-year-old brother struck up a relationship with the 29-year-old former weather girl. He lied about his age but came clean in the March 31 episode, “A Solo Peanut, a Social Butterfly and the Truth.” Shortly thereafter, Mandy revealed that she was pregnant.

In the April 21 episode, “A God-Fearin’ Baptist and a Hot Trophy Husband,” George and Mary invited the mother of their future grandbaby over for dinner, during which the deeply religious Mary argued that Georgie and Mandy should get married. (Per Big Bang Theory lore, Georgie first weds at 19 and has two ex wives by the time Sheldon and Amy win their Nobel Prize for Super Asymmetry.)

Osment previously starred on the long-running Freeform sitcom Young & Hungry and, more recently, the Netflix comedy Pretty Smart (which is not returning for Season 2). She’s also no stranger to the Chuck Lorre Extended Universe: In addition to her memorable turn as Jodi during Season 3 of CBS’ Mom, Osment guest-starred in Season 10 of Two and a Half Men (as Ashley, daughter of Jaime Pressly’s Tammy) and recurred throughout all three seasons of Netflix’s The Kominsky Method (as Sandy’s pupil Theresa).

Young Sheldon, which wraps Season 5 on Thursday, May 19 (get finale details), was previously renewed through Season 7.