Is Young Sheldon setting George Cooper up to fail?

Whereas The Big Bang Theory painted Sheldon’s father as a drunken halfwit who betrayed his family, the spinoff has cast the patriarch in a much kinder light, as a flawed but well-meaning head of household who always has his children’s best interests at heart.

His marriage to Mary, on the other hand, has always seemed destined to implode. And in the Season 4 finale, following a spat between spouses, George picked up his car keys and hightailed it to Nate’s Roadhouse, where a newly single Brenda Sparks approached him and asked if he’d like some company. Suddenly, it seemed like the writers were veering towards a version of George more akin to the man described by the future versions of Sheldon and Mary.

Season 5 has continued to tease audiences about a potential affair between George and Brenda — and while they haven’t given into temptation just yet, that hasn’t stopped them from sneaking around when seeing each other, especially in light of Connie’s growing suspicion that George was stepping out on her daughter.

Meanwhile, the prequel has planted the seeds for a potential deviation from Big Bang canon: Season 5’s second episode introduced Dan Byrd (Cougar Town) in the recurring role of youth pastor Rob — and before long, Mary couldn’t get the mustachioed holy man out of her head, as evidenced by her sacrilegious fantasy in Episode 6. 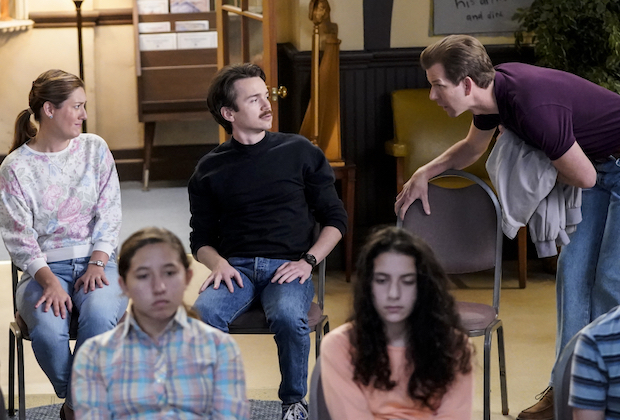 Following her sex dream, Mary tried her darndest to avoid Rob, but that proved impossible. They co-chaperoned a youth lock-in at the church, during which Sheldon’s mom gave into another one of her sinful urges and helped Rob work his way through a pack of confiscated cigarettes.

That same night, a lonesome George phoned Brenda, but hung up almost as soon as she answered, knowing full well that it was wrong to call her in the first place. But the two eventually ran into each other at Medford Lanes, where Brenda seemed to hit it off with Principal Petersen. George picked himself up, clearly conflicted about his feelings for his neighbor, and drove off to clear his head. He made a beeline for the church, and upon his arrival saw Mary looking awfully chummy with Pastor Rob. The look on George’s face suggested he felt like a fool.

At this point, the last thing he needed was another blow to his morale. But just a few weeks later, Sheldon’s dad would discover that his future as Medford High School’s football coach was in jeopardy. 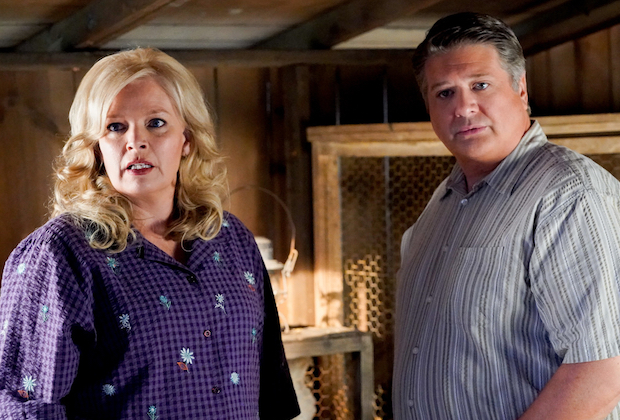 Asked about George and Mary’s potential affairs, series co-creator Steve Molaro confirms that it’s an “evolving storyline” that will be revisited in the final stretch of Season 5. “It’s a bit of a soap opera that we enjoy telling,” he admits, “and it will continue as we move forward.”

George and Mary’s marriage woes will play out adjacent to the ongoing drama involving their 17-year-old son Georgie, who just found out that his much-older girlfriend Mandy is pregnant. As for 12-year-old twins Sheldon and Missy, Molaro teases that brother and sister “are quite wrapped up in both storylines — both in what is happening in [their older brother’s life], as well as the marital challenges that George and Mary are facing.” As for how attuned the twins may already be to their parents’ rocky relationship, he answers, “It’s a small house and those kids end up hearing a lot. And Missy is a pretty intuitive kid. These characters are at an age now where we can expose them to some of the things that are going on and see how that affects him.”

How do you expect Young Sheldon to handle George and Mary’s relationship and their potential extramarital affairs?