Young Sheldon‘s George and Brenda aren’t doing anything wrong, but they sure do feel dirty about what it is they are doing.

In Season 5, Episode 2, George’s mother-in-law Connie runs into Brenda at the local market, and Herschel’s ex seems awfully guilty of something. Afterwards, a suspicious Connie confronts George and asks if something’s going on with Brenda. “I was just talking about what happened with y’all the other night at the bar, and she kind of got weird,” Connie explains — at which point her son-in-law gets equally weird and rushes her out the door. Once Connie leaves, George rings Brenda and tells her that they need to get their stories straight about what happened at the bar. 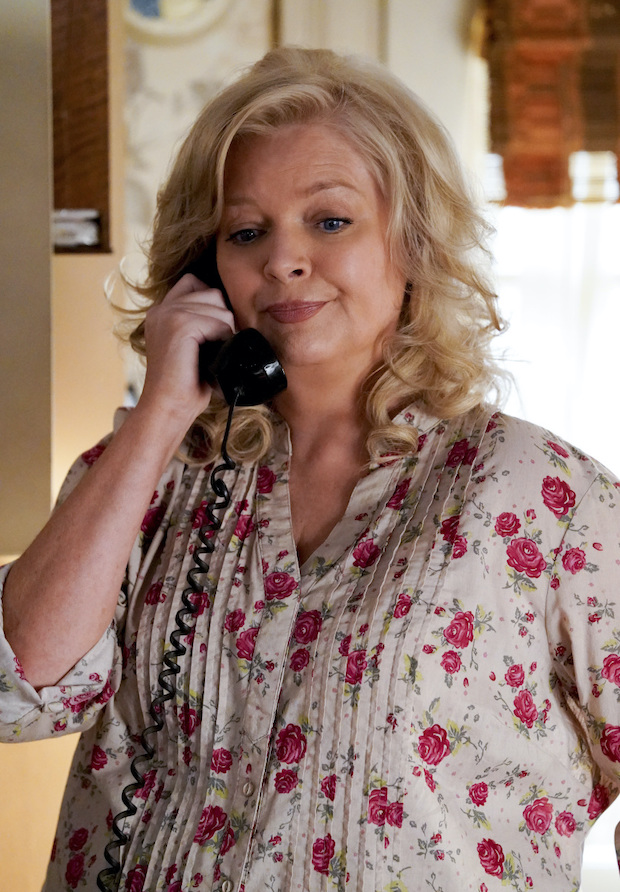 Connie, meanwhile, heads down to Nate’s Roadhouse to ask bartender Nick about what may or may not have transpired between George and Brenda.

“He was just hanging out,” Nick assures her. But as soon as she leaves, Nick phones George and warns him that his mother-in-law was there. This prompts George to confront Connie about her suspicions.

“If you want to accuse me of something, say it to my face,” he says.

“OK, fine!” she answers. “You had a fight with your wife, you end up in a bar with Brenda Sparks, and now you’re both acting weird about it.”

But George assures her that nothing happened that night. “We’re two people who went to the same bar,” he exclaims. “That’s it!”

“That better be it!” Connie snaps back.

“Connie, I get it,” George says. “You’re protecting your daughter. But hear me when I say that nothing happened… and I don’t appreciate you snooping around behind my back.”

Connie apologizes and says she was wrong. She assures George that they’re “good,” but they’re anything but. “We’re good, my ass,” she whispers under her breath.

Afterwards, George and Brenda convene in Billy’s chicken coop to talk in private. George tells her that Connie was asking questions, but he handled it. It’s probably best, though, if they don’t go to the bar at the same time for a while. They eventually make themselves comfortable and have another lengthy conversation, as they did on their night out. 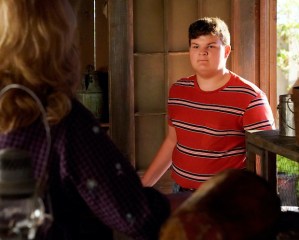 This time, however, they’re interrupted not by chest pain, but by the arrival of Billy. George and Brenda tense up, and George is compelled to hide. But it’s not as if they’re doing anything wrong… right?

What did you think of Thursday’s Young Sheldon? And do you think the show would continue exploring George and Brenda’s bond if it wasn’t leading somewhere? Hit the comments with your reactions.