THE PERFORMANCE | Let us take a moment to really examine what Kalyan was tasked with here, and the unique set of circumstances that led to this performance. Because it’s not as though this episode was intended to be an actor’s showcase. It was intended to honor (and share the experience of) the Afghan and military veteran writers on the show who worked tirelessly to get their brothers and sisters out of Afghanistan.

While acknowledging their heroic efforts, we also feel it is our duty to acknowledge Kalyan’s scene work — how he managed to exude a myriad of conflicted emotions as Al toiled to get his sister to safety from 7,000 miles away.

You can point to any one moment and heap praise on the actor for what he pulled off. In this episode, Al was angry, he was scared and he was guilt-ridden. He was mourning his homeland and he was grieving for his relatives, many of whom — including his mother — were trapped in Herat with no way out. In those moments of great uncertainty, Kalyan switched between a harsher, more forceful tone to depict his character’s frustration, and a breathier tone in moments where he felt most helpless. When he was seated in the garage, his trembling fingers and his shaky knees served as signifiers of a man at the end of his rope.

Kalyan was at his very best when Al feared the very worst. When he heard gunfire and assumed Hassina had just been massacred by the Taliban, all he could do was yelp. His eyes welled and his voice began to crack as he lashed out at Riley. It was a devastating moment, and Kalyan played it to perfection. But even better was how he personified Al’s relief when he received a subsequent text from Hassina letting him know that she was OK. The way he trembled as Al reached out for Riley’s embrace, then sunk into his costar’s chest once Al was finally able to breathe, was nothing short of tremendous. 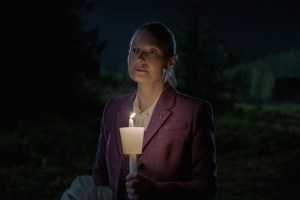 HONORABLE MENTION | Midnight Mass‘ Bev Keane is a smug, self-righteous, literally holier-than-thou pain in the keister who only grows more insufferable as the Netflix horror drama goes on. God, it’s so enjoyable to despise her! And that’s because Samantha Sloyan is so very good at what she does. Bev seeks no redemption because she doesn’t think she’s done anything wrong, which is a truth Sloyan’s self-assured portrayal drives home again and again. The actress has Bev spout off racist insults in the same cool, collected manner that she recites Bible verses. Sloyan elevates passive-aggression to an artform. She says more with a withering look than Monsignor Pruitt says in a sermon. And we can’t wait to see what she and Midnight Mass boss Mike Flanagan get up to in their next Netflix collaboration, The Midnight Club. 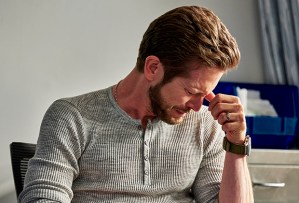 HONORABLE MENTION | The easiest way to describe Tuesday’s episode of The Resident — the show’s farewell to both Emily VanCamp and the character she played — is just plain sad. Relentlessly, gut-wrenchingly sad. Through it all, though, Matt Czuchry brought a nuanced tenderness to Conrad Hawkins as he experienced all five stages of grief, even before wife Nic was officially pronounced brain-dead. Conrad’s devastation was palpable throughout — not only when Czuchry let the tears flow, but also in the way he hunched his shoulders, or in his hushed-but-resolute line readings. And when Conrad found himself unable to drop Nic’s hand so she could go into a medically induced coma (“What if we do this, and it’s the end? And I can’t ever talk to her again?”) the urgency and pain in Czuchry’s voice had us weeping right along with him. 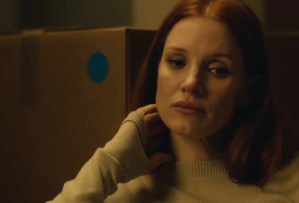 HONORABLE MENTION | From fetal to feral, Jessica Chastain‘s physicality in HBO’s Scenes From a Marriage Episode 4 forced us to study her performance as she stole the installment one calculated movement at a time. The twice Oscar-nominated actress’ Mira cuddled with her soon-to-be ex-husband Jonathan (Oscar Isaac) as they mourned the end of their nuptials. When the cuddling unexpectedly led to coitus, Chastain expressed Mira’s stunned satisfaction with the widened mouth and eyes of a woman who had finally received the smoldering passion she craved, even if it was too late. For Mira, the act signified possible reconciliation. But when Jonathan said it wasn’t, Chastain deftly pivoted to defiance as her alter ego refused to sign the divorce papers. Trembling hands and lowered-head pleas failed to curtail more rejection and slowly morphed into waves of rage that caused Chastain’s Mira to violently pelt Jonathan with books before collapsing onto the floor and surrendering with a signature.