Friday’s Ted Lasso finale warms our hearts then stomps on them. Because almost as soon as AFC Richmond is promoted to the Premier League, their assistant coach goes and betrays the team. (To read our post mortem with Nick Mohammed, click here.)

The episode picks up the morning after Trent’s story is published online. Ted finishes his single piece of breakfast cereal (a callback to Season 1, Episode 2), then leaves his flat to find that his recent struggles with anxiety are now front page fodder. He arrives at Nelson Road and makes a beeline for Rebecca’s office, where the club’s owner assures him that Richmond has his back. Both Rebecca and the players are determined to sniff out the anonymous source who went to Trent, but Ted is determined to keep Nathan’s identity a secret.

Later, Ted addresses his panic attack in a post-game presser — a platform he uses to talk over his overall concern about “the way we discuss and deal with mental health in athletics.” Trent, who is not present, waits for Ted outside Nelson Road, where he informs the coach that he’s no longer a reporter. He ratted himself out for giving up his source and got sacked by The Independent. (Editor’s Note: A good reporter like Trent would never give up a source.) 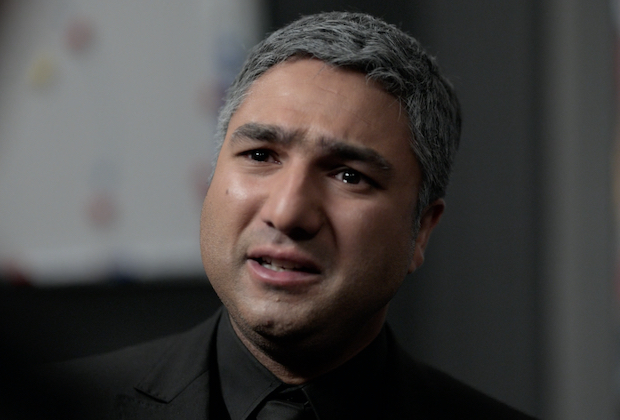 As for not-so-anonymous Nate, Ted confronts him at halftime and asks why he’s so mad. That’s when the assistant coach breaks down and says he felt like Ted had given up on him — hence his journey to the dark side. (Wait, what now?!)

“You made me feel like I was the most important person in the whole world, and then you abandoned me,” Nate explains. “I worked my ass off trying to get your attention back, to prove myself to you, to make you like me again, but the more I did, the less you cared. It was like I was f–king invisible.”

At one point, Nate points out that he gave Ted a photo for Christmas, but it isn’t hanging in his office. He’s referring to the photo Ted has framed on his bedroom dresser, as seen in Episode 10. “Everybody loves you, the great Ted Lasso!” Nate remarks. “I think you’re a f–king joke. Without me, we wouldn’t have won a single match and they would’ve shipped your ass back to Kansas where you f–king belong with your son. Because you sure as hell don’t belong here. But I do. I belong here. This didn’t just fall into my lap. I earned this.”

Ted agrees. He also apologizes to Nate if he hasn’t stressed just how important he is, both to him and to the team, but Nate is not in a forgiving mood. “You’re full of s–t,” he says. “Just… f–k you, Ted!” 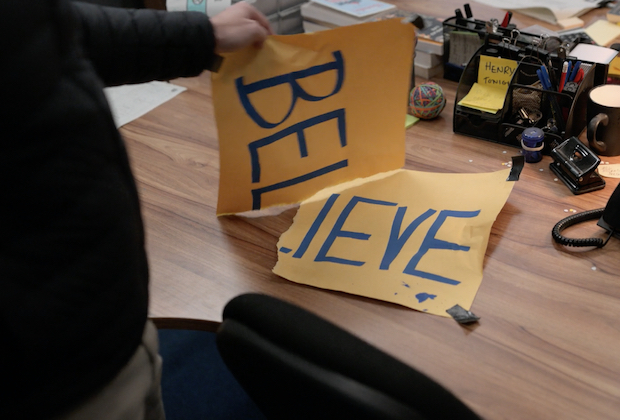 Back on the pitch, Nate’s False 9 results in a tie for AFC Richmond, which is all the club needs to be promoted. (In a full-circle moment, Dani Rojas takes the penalty kick for Jamie, as Richmond’s new mascot, a helmeted Macy Grayhound, looks on. Also of note: Dani has “RIP Earl” written on his trainers, acknowledging the loss of the team’s previous mascot.) As the players celebrate, an agitated Nate returns to the locker room, removes the “Believe” sign from above Ted’s office door, and tears it in two. Later, a flash forward reveals that Nate has left Richmond (!) to serve as head coach of Rupert’s newly acquired West Ham United (!!), setting up an intense rivalry for Season 3.

Luckily, Richmond will still have Sam Obisanya on their starting lineup when they go up against West Ham. After the universe gives him a sign, the footballer declines Edwin Akufo’s offer to play for Raja Casablanca. Once Edwin leaves, Sam visits Rebecca’s office to let her know he’s staying put, expecting he’d find her alone. Instead, he interrupts a conversation between Ted and Rebecca, so he directs his explanation at his coach.

“I wish I could say it was because of my feelings for you,” he says, clearing referring to Rebecca. “But the truth is, I think I need to stop worrying about how others feel about me. I’m staying because it’s what’s best for me and my personal journey.” 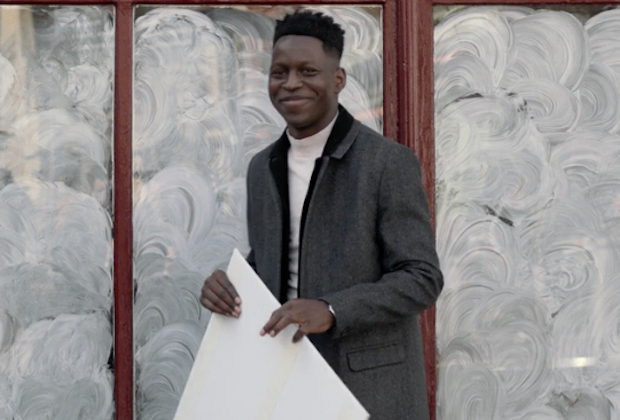 In the offseason, we see Sam has decided to remain connected to his Nigerian roots by renting a vacant storefront, where he intends to open a Nigerian restaurant. Perhaps his father will turn up in Season 3 for the grand opening?

The finale also sees Keeley make a big career move. The venture capitalists that backed Bantr believes in Richmond’s public relations guru — so much so that they want to provide the funding necessary for Keeley to leave the club and start her own PR firm.

Keeley also makes a big career decision in the finale. The venture capitalist that backed club sponsor Bantr believes in Keeley, and wants to provide the funding necessary for her to leave the club and start her own public relations firm. Roy and Keeley, meanwhile, seem to have weathered the one-two punch of Jamie’s confession and Nate’s unwarranted kiss. Roy, showing how much he’s grown over the course of his relationship with Keeley, even allows himself to forgive Jamie! He also happens to be incredibly proud of Keeley, both for coming so far in her career, and for the Vanity Fair piece which hits the World Wide Web this week — albeit without any photos of the two of them together. 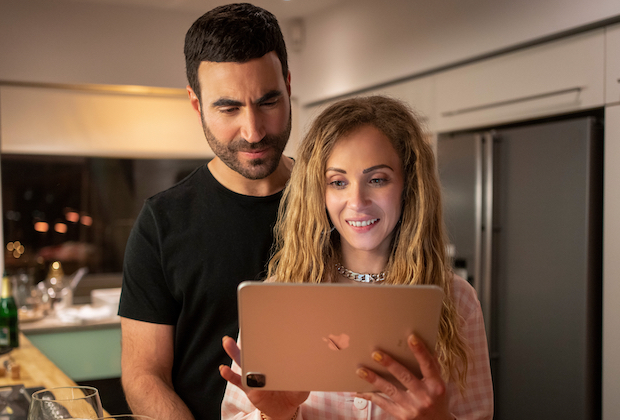 Roy eventually loops the Diamond Dogs in on the current goings on in his relationship. He tells them how great Keeley looked in Vanity Fair on “her own,” without him. And that clearly has Roy thinking that Keeley doesn’t need him anymore. Or that perhaps their relationship has run its natural course.

Keeley’s boyfriend eventually surprises her with two plane tickets to Marbella, Spain, where they can spend six weeks residing on a villa by the sea. Roy has even made sure the place they’re staying at is equipped with wifi, so Keeley can continue to work remotely. But Keeley declines. She tells Roy that she can’t go just as her business is getting off the ground. “Are we breaking up?” he asks. “No, why would you say that?” she replies. “Of course not!” She implores her boyfriend to take a well-earned holiday while she looks herself in a dark room and works nonstop. “I’ll see you in six weeks,” she says.

What did you think of the Ted Lasso finale “Inverting the Pyramid of Success”? Grade the episode, as well as Season 2, via the following polls, then drop a comment with your full review.