Two weeks after revealing that Ted Lasso‘s title character suffered an unspeaking tragedy during his formative years, the Emmy-winning comedy series painted a brutal picture of that fateful day. 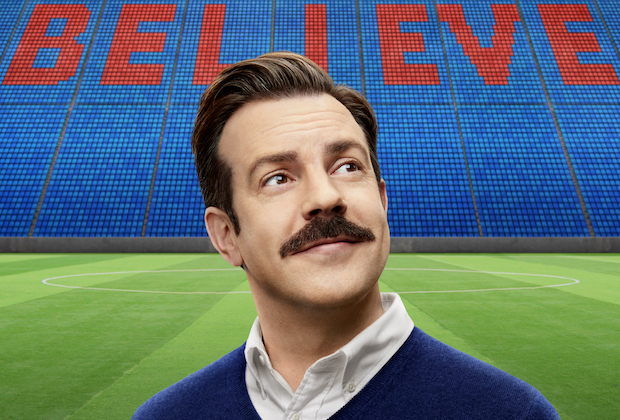 As he prepared for Rebecca’s father’s funeral, Ted suffered yet another panic attack — this one so crippling that it required a home visit from Sharon. The psychologist posited that it was only natural that another funeral would trigger memories of his own father’s service. But Ted didn’t attend his father’s service, he told her.

“Because he quit,” Ted answered. “He quit on his family, quit on himself. And I hated him for that. I think I still hate him for it.”

What followed was a retelling of the day that changed everything. It was Friday, Sept. 13, 1991. Ted was 16, and his friends were supposed to come over for a Friday the 13th movie marathon. He came home from school, went to his bedroom, then heard a gunshot. “Bang!” he recounted. “I opened the door and… there he was. I screamed, choked, cried….” Ted called 9-1-1, then went to the fridge and grabbed one of his father’s Coors Lights. He finished his beer, then called his mom and told her she needed to come home. 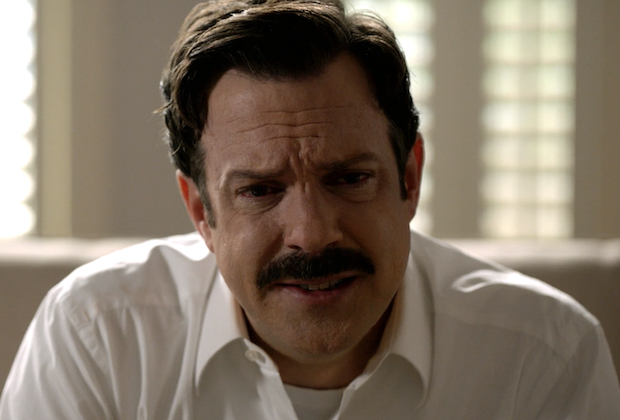 When Sharon asked Ted what his father was like, he described the man as “a real chatter box” who “probably could’ve been a bit of a better listening box.” Sharon then asked Ted to share something about his father that he liked. What follow was a story from when Ted was in fifth or sixth grade. Dad stayed up all night reading a book that Ted neglected to finish ahead of a big test. The following morning, Dad drove Ted to school and described the entire book to him, and he wound up getting an “A.”

“I’m just so angry,” Ted exclaimed. “He was always gone, out at work or with friends, and then he was gone.”

After Dad’s suicide, Ted made a new rule for himself: he was never going to let anybody in his life get by him without understanding that they might be hurting inside. (Explains a lot, doesn’t it?) 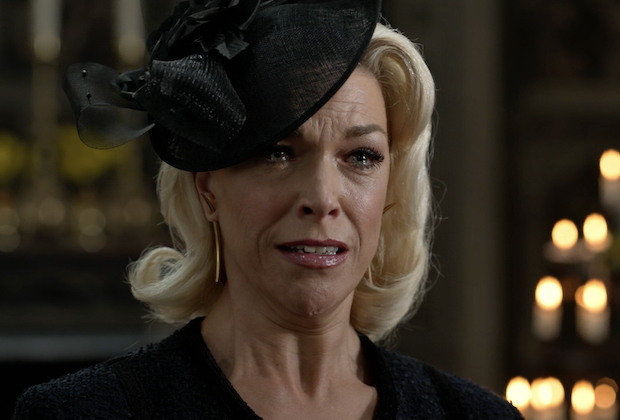 Rebecca, meanwhile, opened up to her mother about just how much she resented her own father — both for how he never appreciated her mum, but also for being an adulterer. And the episode would have us believe that the very day Ted’s father died was the day Rebecca first discovered that her father was a cheat, and walked in on him with another woman. Rebecca’s mother admitted that she was aware of her husband’s betrayal, but she loved him anyway — and Rebecca hated her for that. But mother and daughter eventually buried the hatchet, and Mom told Rebecca just how proud she was of her for leaving Rupert.

Ted eventually made it to Rebecca’s father’s funeral, just in time so that he, and eventually everyone else in attendance, could help a heartbroken Rebecca through the world’s most emotional rendition of Rick Astley’s “Never Gonna Give You Up.” As far as eulogies go, this one was quite special.

Among other notable moments from Mr. Welton’s funeral…

* Rebecca told Sam that she needs some time apart. He’s wonderful, she assured him, but she can’t currently bear the thought of either of them hurting each other. Sam, as precious as ever, told her to take as much time as she needs. (C’mon, how can you not ‘ship these two?)

* At the funeral, Jamie took Keeley aside and told her that he returned to Richmond for a second chance. He’s still in love with her, and he wants her back, knowing full well that she’s with Roy. (Ugh… please, no love triangle!)

* Upon exiting the church, Rupert told Rebecca that new wife Bex was forfeiting her shares of the team and they were hers to have. But he also stopped and whispered something to Nate — and we’re hella suspicious.

What did you think of Ted Lasso Season 2, Episode 10: “No Weddings and a Funeral”? Drop a comment with your full review.