It’s Oliver Queen versus queen bees as TVLine’s “The Best CW Show Ever” tournament marches on.

Round 3 of this March Madness-style bracket tournament — which is being held in celebration of The CW’s 15-year anniversary on Sept. 18 — continues with the penultimate Elite 8 face-off, between Gossip Girl (2007) and Arrow.

Leading up to this matchup, Arrow put Ringer through the wringer before zeroing out The 100. Gossip Girl, meanwhile, hushed The Secret Circle and then broke a Hart of Dixie.

What does the overall bracket look like as we head toward the homestretch? Scroll down to see the current standings, where The Vampire Diaries and Supernatural have already populated half of the esteemed Final Four (click to enlarge). 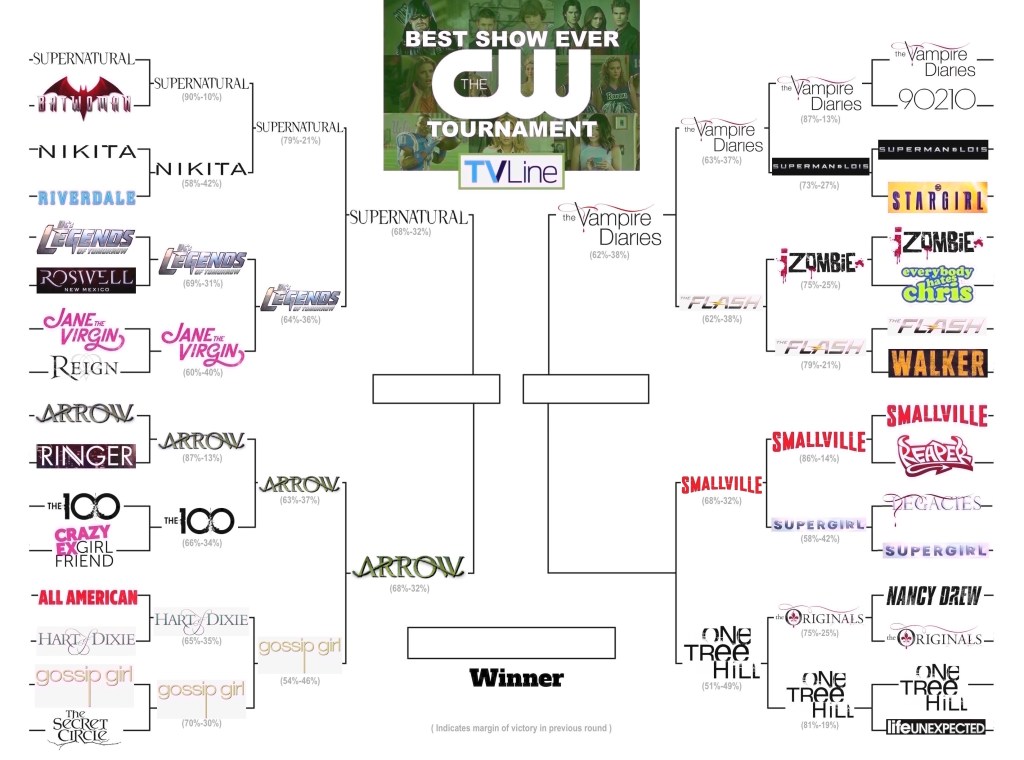 UPDATE: The below poll is officially closed, with Arrow advancing to the Final Four. Click here to vote in our final Elite Eight match-up, featuring Smallville vs. One Tree Hill.

VOTE FOR GOSSIP GIRL OR ARROW!