Only one spot remains in the Final Four of our ongoing CW bracket tournament, and a slew of angsty teens are vying for it.

In honor of The CW’s 15-year anniversary on Sept. 18, TVLine’s tournament to crown the network’s Best Show Ever continues with a final Elite Eight face-off: Smallville vs. One Tree Hill.

During Round One of our tournament, Smallville proved to be bracket Kryptonite for the two-season Reaper, then Clark Kent defeated his superpowered cousin Kara Danvers as Supergirl was eliminated in the Sweet 16. One Tree Hill, meanwhile, brought Life Unexpected‘s time in the tourney to a swift end, then defanged The Originals — by a very narrow margin — in the second round.

What does our bracket look like as we hit the homestretch? Scroll down to see the current standings, including Supernatural, Arrow and The Vampire Diaries‘ presence in the Final Four; click to enlarge. 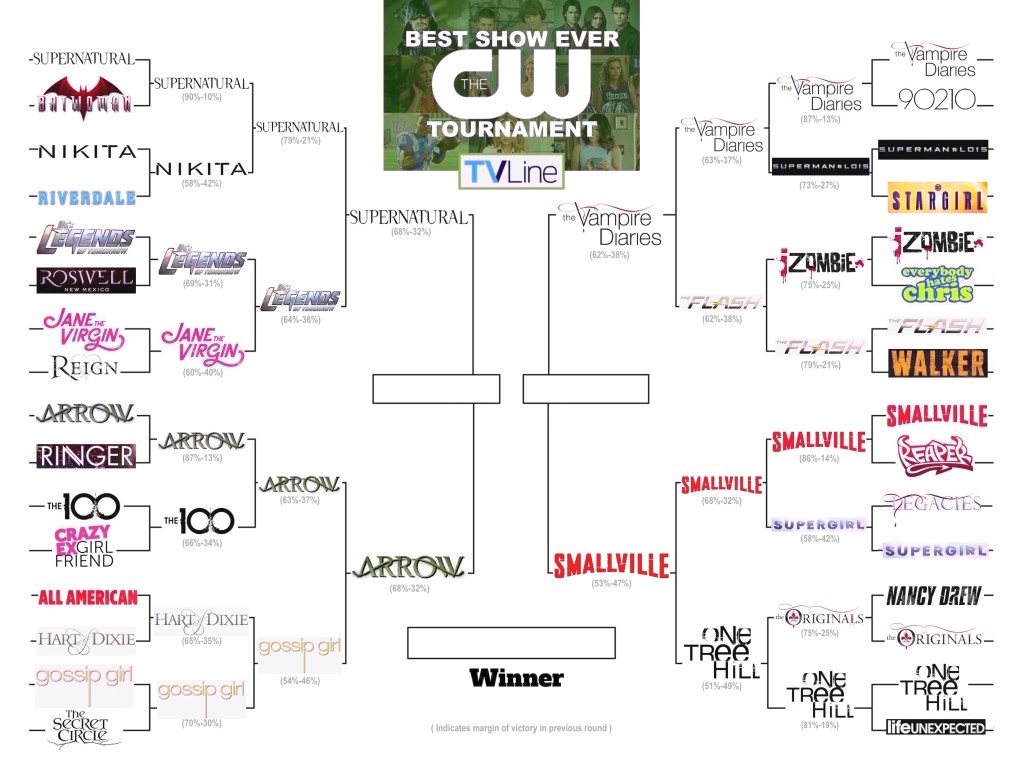 UPDATE: The below poll is officially closed, with Smallville advancing to the Final Four. And speaking of the Final Four, click here to vote in those pivotal match-ups, pitting Supernatural vs. Arrow and The Vampire Diaries vs. Smallville for the two spots in our championship round.

VOTE FOR SMALLVILLE VS. ONE TREE HILL!